UPDATE: Disney, bowing to public pressure, has rescinded its ban on L.A. Times reporters from its screenings 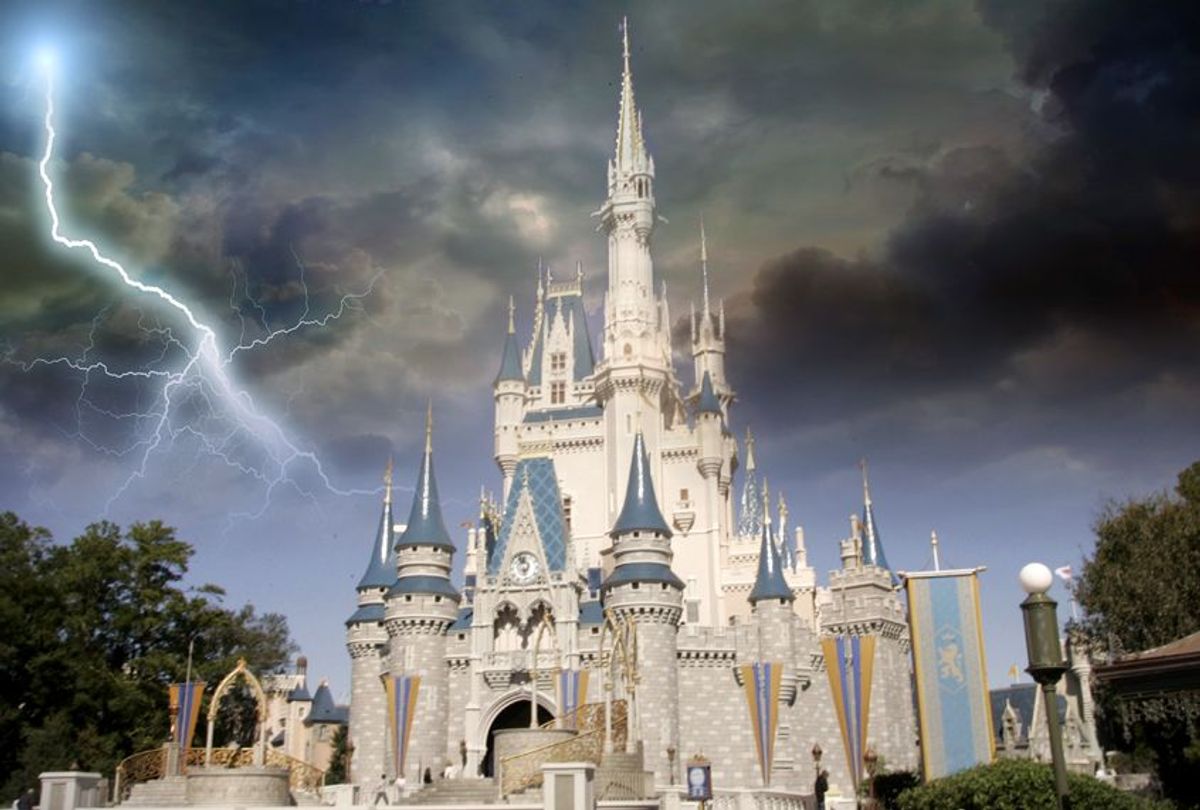 Update 3:20 p.m.: In a statement published on Deadline, Disney has announced that it has retracted its ban on Los Angeles Times journalists from advance screenings of its films. “We’ve had productive discussions with the newly installed leadership at The Los Angeles Times regarding our specific concerns,” the statement read. “And as a result, we’ve agreed to restore access to advance screenings for their film critics.”

In an apparent effort to punish the Los Angeles Times for publishing coverage critical of its business practices, The Walt Disney Company has barred the newspaper's reporters from advance screenings of its films, sparking yet another minor battle in the timeless war between the free press and corporate interests.

Disney announced the ban on L.A. Times reporters last week in a statement claiming that the periodical "showed a complete disregard for basic journalistic standards," after the paper published three stories that highlighted the close-knit relationship between Disneyland and the government of the city of Anaheim, California, according to The Washington Post. The Disney statement added that the investigative series was, in its view, "wholly driven by a political agenda" and was "biased and inaccurate."

In Daniel Miller's first story in the series, "Is Disney paying its share in Anaheim?" he wrote:

Over the last two decades or so, as Disney’s annual profit has soared, the company has secured subsidies, incentives, rebates and protections from future taxes in Anaheim that, in aggregate, would be worth more than $1 billion, according to public policy experts who have reviewed deals between the company and the city.

Disney has negotiated these pacts with a carrot-and-stick approach — one that has often included the company’s threat of directing its investment dollars elsewhere. The agreements have spurred development of billion-dollar projects, including the California Adventure theme park and the forthcoming Star Wars: Galaxy’s Edge area at Disneyland.

As a result of the ban, which didn't contain a specific time frame, several journalists and critics associations have decided to stand in solidarity with the journalists of the L.A. Times.

Washington Post pop-culture writer, Alyssa Rosenberg, was the first to announce that she would not attend advanced screenings of Disney's films and wouldn't publish reviews of them before their wide release. "As long as Disney is blocking the critics from the Los Angeles Times from press screenings," she wrote, "I can’t in good conscience attend similar showings or write reviews in advance."

"Disney’s actions are antithetical to the principles of a free press and set a dangerous precedent in a time of already heightened hostility towards journalists," the statement continued.

It wasn't long before other publications and celebrities followed.

Among those speaking out was "Selma" director Ava DuVernay. "Saluting the film journalists standing up for one another. Standing with you," she tweeted. DuVernay's next movie, and her first foray into true blockbuster filmmaking, "A Wrinkle in Time," is due out from Walt Disney Pictures this December.

Saluting the film journalists standing up for one another. Standing with you. https://t.co/M9Fs22vv4L — Ava DuVernay (@ava) November 7, 2017

"If journos being selectively barred, then I'll play, too. This award season, all Disney screeners dumped. No votes from me for their stuff," journalist, writer and producer David Simon tweeted.

If journos being selectively barred, then I'll play, too. This award season, all Disney screeners dumped. No votes from me for their stuff. https://t.co/ih8UqkZk01

Should it continue, the feud and the associated boycotts could prove harmful to Disney in the upcoming awards season. Disney films typically receive most of their nominations for special effects, editing and other technical categories. While winning or being nominated for those awards doesn't necessarily have a direct impact on a studio's bottom line, the emotional sting for Disney would be substantial nonetheless.

Indeed, it's worth noting here that some of Disney's most profitable and financially critical films are, to a certain measure, generally not greatly impacted by reviews. Franchises including Marvel Studios films and the "Star Wars" family of movies have well-established and loyal fandoms and, thus, guaranteed audiences.

Moreover, many of Disney's better-received financial-tentpole film properties benefit not so much from solid reviews by respected outlets but from advance buzz organically or purposefully leaking out of industry screenings months in advance (as was the case with last week's "Thor: Ragnarok"). Yes, poor critical notices can harm a high-cost Disney film as was somewhat the case with 2015's "Tomorrowland." Again, though, advance word of mouth is greatly responsible for much of that.

However, the move by journalists, critics associations and others remains an important one, something much larger than a salvo in a feud that will soon be forgotten in the likely case that Disney reverses its course and makes proper public amends. Rather, it's a strong reminder that certain corporations and politicians can and will bully the free press when it attempts to expose any wrongdoing. It's also a reminder that journalists, and not the government or the public at large, are often left on their own to push back.