Wilbur Ross incorrectly told Forbes he was a billionaire, and they just believed him 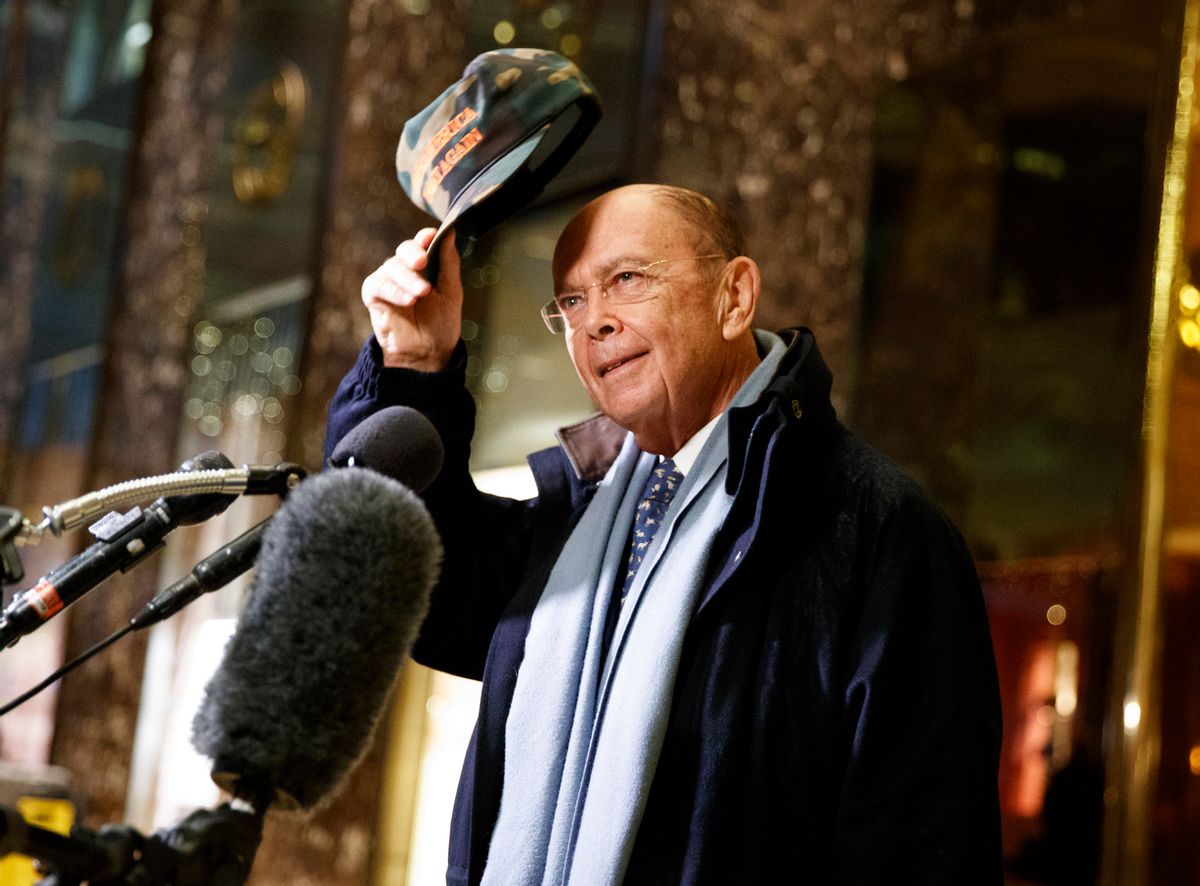 President Donald Trump and his commerce secretary could have one thing in common: wealth exaggeration. Wilbur Ross has been a perennial contender on the Forbes 400, an elite list ranking the richest Americans. Ever since 2004, Ross has appeared on the list, always with a reported wealth of over $1 billion.

In an article appearing in Forbes' Dec. 12 issue, the premiere money magazine claims to have gotten Ross' dollar figures all wrong. According to Forbes' Dan Alexander:

When a Forbes reporter reached out to Ross, apparently crediting him with his investors' money, the future commerce secretary did nothing to clarify the situation, according to notes at the time.

"I just spoke to Ross," the reporter wrote. "He's one of the easiest new guys I've put on [The Forbes 400] in a while. Very low-key, said he didn't really want to be on, but at the same time wasn't going to fight success. He says he doesn't want to juice up his numbers at all."

"I told him we're going to start him at $1 billion," added the reporter, who no longer works at Forbes." And he said 'Yep, fine, thank you.'"

While Ross accepted the $1 billion valuation, Alexander now writes that the number was "four times as much as he was likely worth."

"Everyone that I knew that worked with Wilbur knew it wasn't true," a former colleague of Ross told Forbes.

The correction speaks to the integrity of Ross and the elite list he found himself on for so many years. The error appears to have come from an IPO in 2003. Ross was the beneficial owner of nearly $1 billion worth of the stock, but most of the equity belonged to his investors, not Ross himself.

The lie of omission from Ross in 2004 turned into a proactive falsehood by 2007, when he told Forbes he was worth $1.7 billion, despite only being worth around $400 million around that time.

Ross' desire to be perceived as a billionaire eerily mirrors Trump. For years, Trump has claimed to be one of the wealthiest men in the country, but New Yorkers have expressed doubts for years that the former real estate mogul and reality TV star really had a $1 billion to his name. In 2017, Forbes listed Trump's net worth at $600 million. The magazine attributed his decline to a "tough New York real estate market, particularly for retail locations; a costly lawsuit and an expensive presidential campaign."

Requests for comment from Forbes were not returned as of press time.