Bill O'Reilly's Fox News contract was a license to harass

The host's employment agreement allowed him to continue abusing, even after multiple settlements 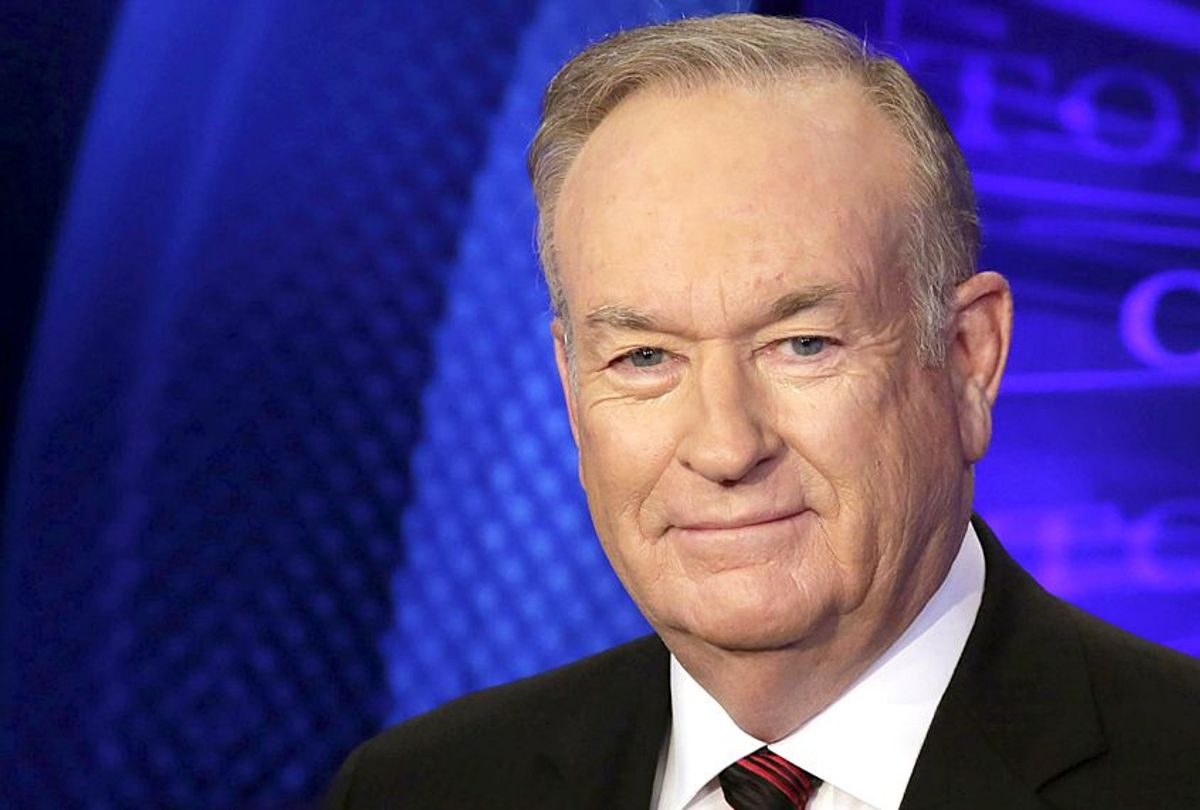 Bill O’Reilly was mad at God in October, mostly over the accusations of sexual misconduct that cost him his job at Fox News.

"I wish I had more protection," he said at the time. "I wish this stuff didn't happen. I can't explain it to you. Yeah, I'm mad at him."

On Tuesday, it was revealed that he actually did have a certain measure protection, at least when it came to shielding his job from allegations of sexual misconduct.

As a director at 21st Century Fox, Jacques Nasser, revealed in testimony to the UK’s Competition & Markets Authority on Oct. 25 that O'Reilly's Fox News contract contained a clause establishing that the host could not be fired on the basis of sexual-harassment allegations.

As Nasser noted during his defense of Fox’s bid to take over Sky Network, O'Reilly "could not be dismissed on the basis of an allegation unless that allegation was proved in court." Thus, whenever O'Reilly or the network reached an out-of-court settlement with an accuser, it did not have any effect on the host's employment.

As Lisa Banks, a partner at the employment law firm Katz, Marshall & Banks told the Washington Post, O'Reilly was functionally bulletproof, as his wealth allowed him to pay off anyone who was in a position to prove their allegations. “He would never let a claim go to trial where he would even have the slightest chance of losing,” she said.

Indeed, it appears that it was this clause that allowed O’Reilly to continue at Fox News past Roger Ailes' dismissal under similar circumstances. It took until April 2017, when The New York Times revealed that the network had reached settlements attached to five sexual-harassment claims against the host dating back to 2002 and totaling over $13 million, for the hammer to come down. According to Nasser, it was the Times' report, and not O'Reilly's past history, that forced the network to dismiss him.

Nasser's testimony also reveals that the board of Fox News was well aware of the problem O'Reilly presented. According to minutes of the proceedings, Nasser "confirmed that once Bill O’Reilly’s contract was ready for renewal, the board ensured that a clause was inserted to state that he could be dismissed on the grounds of an allegation against him without it having to be proved in court."

Fox News confirmed this in a statement reading:

[O'Reilly's] new contract, which was made at a time typical for renewals of multi-year talent contracts, added protections for the company specifically aimed at harassment, including that Mr. O’Reilly could be dismissed if the company was made aware of other allegations or if additional relevant information was obtained in a company investigation.

By April, O’Reilly was out at Fox News.

Since being fired, O’Reilly has repeatedly criticized The New York Times for reporting on the accusations. “I talked to them this time just to see the devil that I was dealing with," he said to Sean Hannity on Fox News. "And I truly believe that these people at the New York Times are out to hurt people with whom they disagree. They don't want me in the marketplace. That's what this is all about."

In truth, news of O'Reilly's contract provides a rather strong connection to Weinstein itself. As it turns out, both of these men who had been accused of multiple accounts of sexual misconduct had clauses in their employment agreements that insulated them from sexual allegations to one extent or another.

There was no clause providing for Weinstein's firing under any circumstances related to any such allegations.