If we have to give a media platform to hateful trolls like Spencer, turns out there's a right way to do it 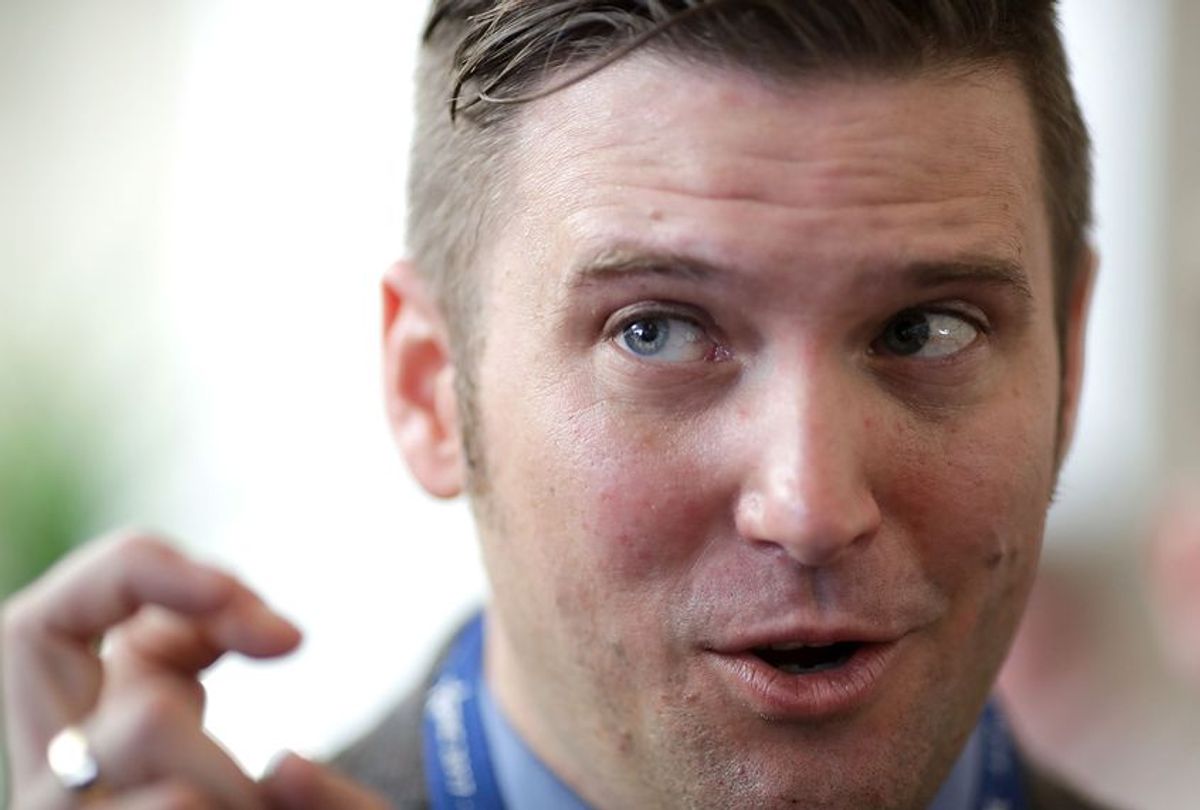 Richard Spencer often gets a pass within media circles.

The leader of the so-called "alt-right" — a white supremacist who does not like being called a Nazi, no matter how many times he's seen giving Nazi salutes  — doesn't tend to get called out directly on his hate. Here, for example, is how he was introduced in one of his first profiles late last year, by Mother Jones:

Richard Spencer uses chopsticks to deftly pluck slivers of togarashi-crusted ahi from a rectangular plate. He is sitting in the Continental-style lounge of the Firebrand Hotel, near his home in the upscale resort town of Whitefish, Montana, discussing a subject not typically broached in polite company. “Race is something between a breed and an actual species,” he says, likening the differences between whites and people of color to those between golden retrievers and basset hounds. “It’s that powerful.”

Since then, Spencer has been allowed to peddle his brand of Duke-educated white supremacy — soft, and pairing nicely with something you'd wear to a Hawaiian-themed backyard dinner party. In these profiles, Spencer's rhetoric isn't always challenged rigorously, because we, as Americans, are supposed to know already that racism and Nazism are bad. Right?

Enter British journalist Gary Younge, who tried to interview Spencer, but wound up cutting the whole experience short because the alt-right figurehead's views are incredibly stupid.

This, ladies and gentlemen, is a master class on how to deal with intellectual dishonesty.

Younge tried to nail down Spencer's faulty logic, but the alt-right  leader kept on dancing around his claim that enslaved Africans were better off being enslaved because they weren't living in Africa. "How can you deny that?" Spencer asked about his utterly baseless assertion.

Giving Spencer a platform is an entirely defensible decision, especially in today's world. Because people can cherry-pick the media they consume, putting Spencer on TV isn't giving him any credibility he doesn't possess already.

Other factors that may influence legitimacy may be if the viewer already has a positive valuation of the speaker (a teen finds out their favorite actor supports a particular movement), they respect the status or position of the person speaking (the son of a military officer killed in Iraq watches a military officer who served in the same unit of his father discuss their perspective on U.S. policy) or if they already believe or lean towards that viewpoint.

So for a British audience watching Younge's conversation with Spencer's the latter's soft-focus racism is unlikely to seem appealing. After all, there's a recent history that's fresh in the collective conscience.

Ultimately, Spencer proved that he has nothing to back up his claims about race, aside from his own feelings.

"Yeah, I do, actually," Spencer responded earnestly. "Because my name's Richard Spencer. I actually do get to tell you that you're not an Englishman."

Younge ended the interview, calling the white nationalist "ridiculous" and pointing out that he "had nothing to say."

"I was looking for someone who could give some intellectual ballast to what's going on in this country," Younge said, "but I found the wrong guy. Because you don't know what you're talking about."

That's how you deal with Richard Spencer. Take notes, media.