Trump and Ingraham blame candidates for not going "full on Trump," for their terrible election results 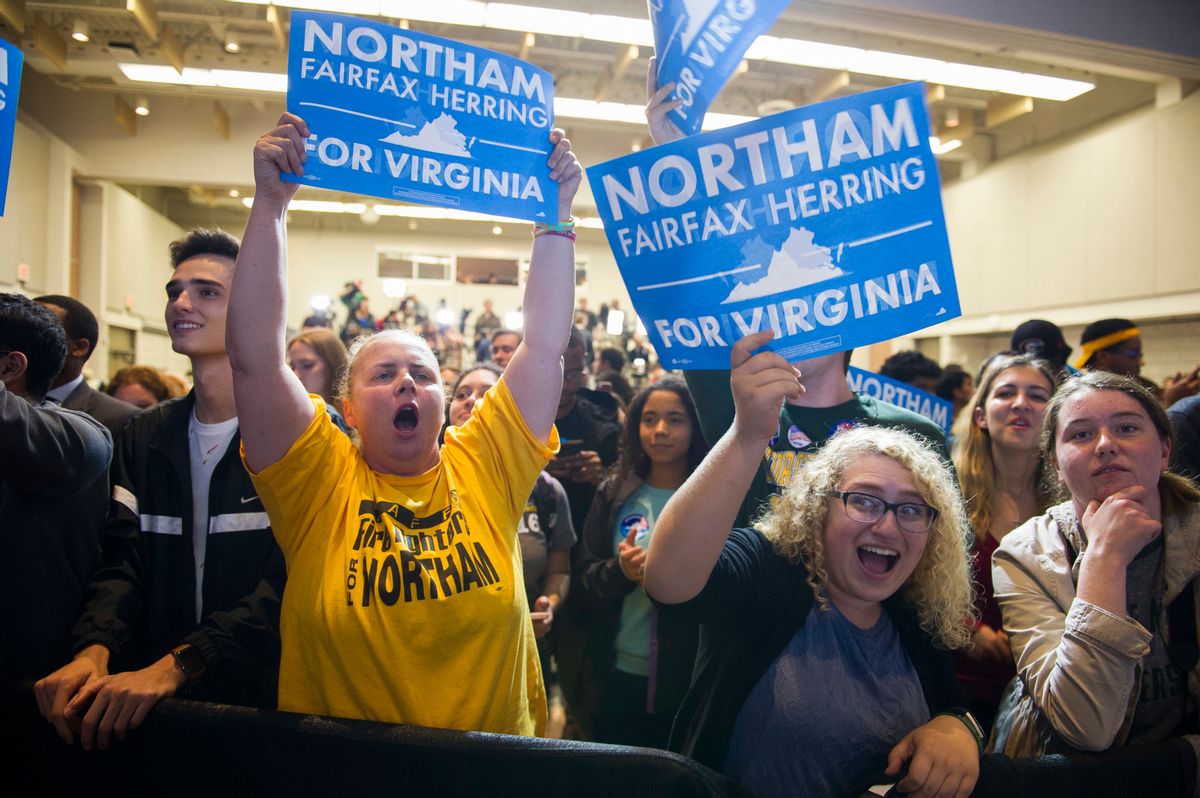 Democrats scored major victories Tuesday as voters in Virginia and across the country rejected Trumpism. But according to President Donald Trump and sycophant Laura Ingraham, the reason the GOP lost was because the candidates did not "go full on Trump."

Democrats came out in full Tuesday, crushing the turnout in 2013 and dominating in suburban districts that were distinctively purple. In Loudoun County, for example, Democrats won by 20 points Tuesday, compared to the five-point win they had in the 2013 governor's race.

Trump blamed Republican gubernatorial candidate Ed Gillespie, saying on Twitter Tuesday night that he "did not embrace me or what I stand for."

Ed Gillespie worked hard but did not embrace me or what I stand for. Don’t forget, Republicans won 4 out of 4 House seats, and with the economy doing record numbers, we will continue to win, even bigger than before!

With Republicans in Virginia suffering a horrible defeat, Trump couldn't easily tweet his way out of the mess. The governor's race was a litmus test of sorts on Trumpism and it failed astronomically. Trump's analysis of the election — that Gillespie didn't embrace him enough — was also wrong. Gillespie built his entire campaign around the ideology that had propelled Trump to the White House. Gillespie's biggest issues were around the "culture war" that Steve Bannon and Trump have inflamed — issues such as sanctuary cities and the preservation of Confederate monuments. That's why it was so bizarre when Ingraham said on her Fox News program Tuesday, "What if Gillespie had campaign on preserving our history, respectfully, Virginia first, law and order."

Yet it was exactly that platform that Gillespie ran on. According to The Washington Post's Dave Weigel, Democrats were shocked that Gillespie spent so much time focusing on a racially-charged ad about him as opposed to taxes in the final week of the campaign. For Ingraham, Gillespie just "played footsie" with Trumpism, as opposed to embodying it.

Democrats didn't just win the governorship on Tuesday. They were poised to overtake the state's legislature, which will have huge ramifications on redistricting in 2020. Elsewhere in the country, Democrats won the New Jersey governorship as well, in addition to winning some state house seats in Georgia.