Lara Trump has White House power, and that should raise red flags

Lara Trump is a senior adviser to the president's 2020 campaign, raising ethical questions about her policy role 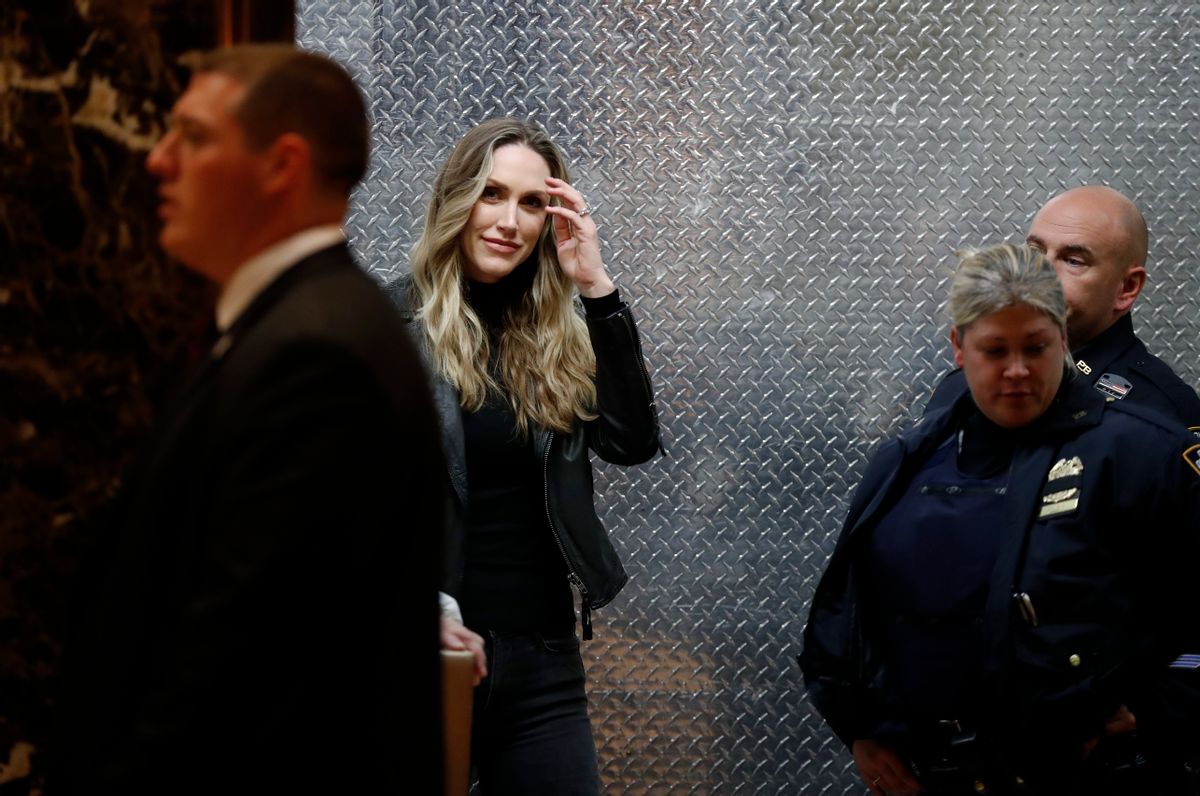 Lara Trump, a senior adviser to Trump's reelection campaign, has had at least a half-dozen meetings with government officials, including congressmen and Interior Secretary Ryan Zinke, according to Newsweek. She's pushed major policy initiatives, which have included providing veterans with therapy dogs and protecting 70,000 wild horses who live on land owned by the Bureau of Land Management.

"I cannot remember something like that ever happening in my time. This White House is being run like a family business, and campaigning is their bread and butter," David Gergen, a presidential adviser who served under four administrations, told Newsweek.

That view was echoed by an ethics expert who worked for the previous two presidents, Democrat Barack Obama and Republican George W. Bush.

"This is not normal. To the extent that somebody is actively engaged in political campaigning, it would be inappropriate for them to be sitting in and heading White House meetings. It raises a lot of concerns; you get the appearance that the individual is moving policy for political purposes rather than the public interest," Virginia Canter, ethics counsel for the executive branch at CREW, told Newsweek.

Lara Trump also aroused controversy earlier this week when she sent out an email to her 326,000 followers that identified Barack Obama and Hillary Clinton with a quote she wrongly attributed to social activist Saul Alinsky.

"America: Keep your eyes open... there are people in the USA trying to make this a reality...Never stop fighting to save our country...#MAGA," Trump's email read. It then included an erroneous Alinsky quote which claimed that America would become a tyrannical nation if progressives had their way on issues like health care reform, fighting poverty, protecting the separation between church and state and gun control.

Eric Trump, Lara's husband, plays into this as well. You'll recall that, in a January press conference, then President-elect Donald Trump said that Eric Trump would be running the Trump organization and wouldn't discuss it with him.