With Tom Hanks and Meryl Streep as the leadership of the Washington Post, the film comes at just the right moment 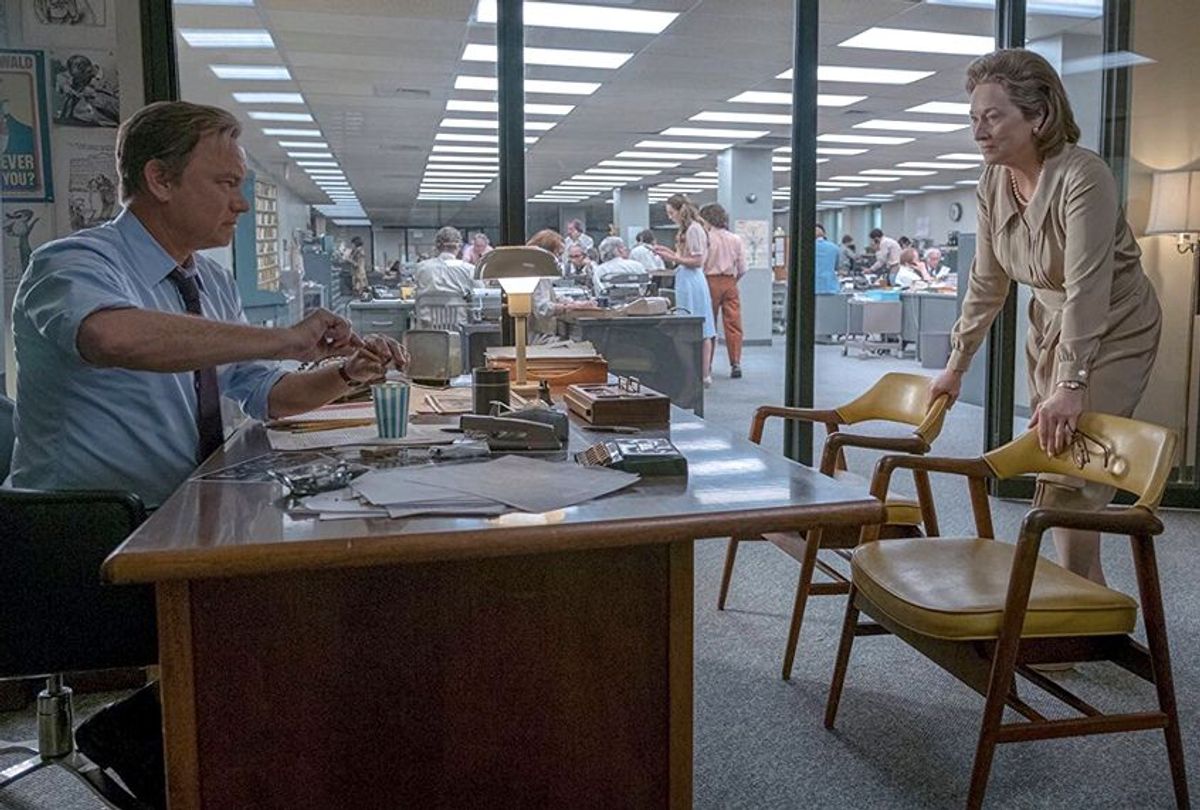 While, no, Steven Spielberg's "The Post" was not developed specifically as a response to the way the administration of President Donald Trump has cast journalists and the media at large as the enemies of the American people, you could certainly be forgiven for thinking it was.

Commissioned by Secretary Robert McNamara, who served under presidents John F. Kennedy and Lyndon Johnson during the beginning of the Vietnam War, the Pentagon Papers were intended as a clear-eyed, honest encyclopedic history of the conflict for administration eyes only. Detailed and direct, the study became as much an indictment of the government's involvement in Vietnam as an account of it.

After clandestinely photocopying the massive document in the offices of the RAND Corp think tank, analyst Daniel Ellsberg began leaking it to the press and members of government. As the papers made their way through newsrooms and Congress, the New York Times attempted to publish sections of it, an effort met by a court injunction engineered by the administration of President Richard Nixon.

Even as Nixon — a president who, like Trump, has attacked and forestalled the efforts of the free press constantly and consistently — attempted to suppress the papers, the Post made the difficult, and ultimately history-making, decision to present its contents in a series of articles. It was a test by fire for the paper's entire masthead, but perhaps most so for Graham, the first woman to hold the title of publisher of a major daily national newspaper.

Graham took over reigns of the paper after her husband, Post publisher Philip Graham, fell to substance abuse and eventual suicide. It was she who hired Bradlee and gave him and his staff license to pursue the publication's two massive scoops in the 1970s: The "Pentagon Papers" and the Watergate break-in. It's not an overstatement to say that they both not only chronicled the history of a particularly troubled time, they helped make it.

As in Graham's heyday, today's journalists and publications have found themselves in a distinctly contentious relationship with a president who attempts to escape accountability at almost every turn. In this, moments from the trailer below feel almost too on-the-nose. As Hank's Bradlee pushes the ever-conscientious Graham to publish the papers he says, “The way they lied, those days have to be over." She responds later, "We can't publish if we don't have a paper."

Overly dramatic, perhaps, but these are the kinds of issues being chewed over right now in newsrooms and executive suites as publications — Jeff Besos' iteration of the Post included — attempt to deal with an angry, antagonistic administration that continues to threaten legal action against papers and writers covering an executive branch ever on the edge of self immolation.

Starring Streep and Hanks as well as Alison Brie, Carrie Coon, David Cross, Bob Odenkirk, Sarah Paulson, and Bradley Whitford, "The Post" arrives in limited release Dec. 22 with a wide release of Jan. 12, right on time for Oscar season. Let's all hope it's as good as the couple minutes below suggests it is.