Infowars peddled stories from a Russian propaganda outlet for years 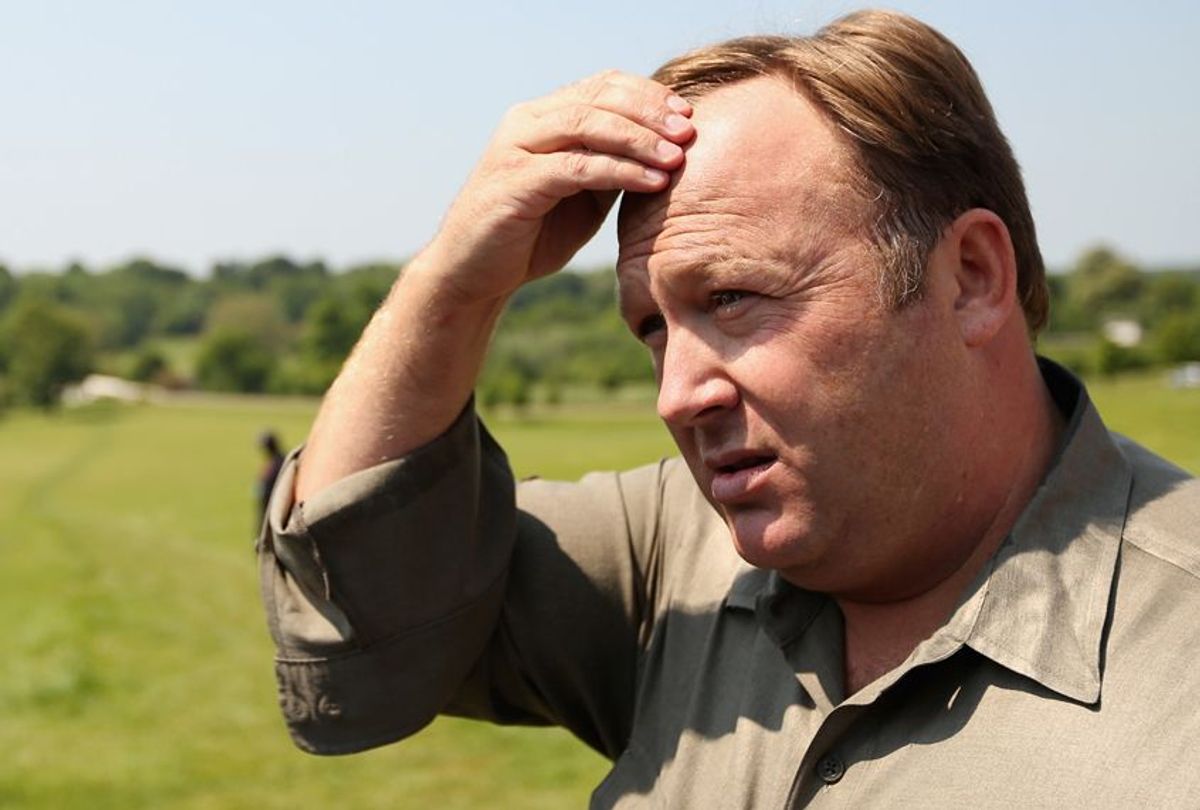 Republishing content from other outlets with permission is a common practice among media properties. However, a spokesperson for RT claimed to Buzzfeed that Infowars never obtained permission to do so.

Anna Belkina, the communications director for RT, did not tell BuzzFeed whether her employer would pursue legal action against InfoWars.

"We take under consideration any use of our content without authorisation, and proceed with any action we deem appropriate. We do this on a case-by-case basis, dependent on the resources we have available at the time," she said.

RT republished stories from American and British media companies as well, CNN, the BBC, The New York Times and The Washington Post included. Yet, the amount of apparently unauthorized reuses of content from those outlets is dwarfed by the amount sourced from the Russian news provider.

National security experts have asserted that RT is a propaganda arm of the Russian government. A report by the U.S. Office of the Director of National Intelligence argued that RT played an influential role in the 2016 presidential election, sowing distrust in Hillary Clinton while portraying Donald Trump as a martyr.

The report cited articles, such as “Trump Will Not be Permitted to Win,” which tried to preemptively delegitimize the results of the election when it appeared Clinton was the likely winner.

In September, RT announced that the Justice Department asked the media outlet to register under the Foreign Agents Registration Act. It has refused to do so repeatedly.

“The rapid expansion of RT’s operations and budget and recent candid statements by RT’s leadership point to the channel’s importance to the Kremlin as a messaging tool and indicate a Kremlin directed campaign to undermine faith in the U.S. government and fuel political protest,” the DNI report concluded.

Jones' reliance on RT to provide his audience with content while perhaps surprising, is hard to view as shocking. The conspiracy theorist was an early supporter of Trump and often makes claims that frame the U.S. government as a force for evil.

Overall, BuzzFeed's report Wednesday is just the latest strong suggestion that were was a pattern of coordinated efforts between Trump supporters and the Russian government during the presidential campaign.

RT's own audience is relatively small, which led Thomas de Waal, a senior fellow at Carnegie Europe, to downplay the influence it might have had on the election. “The main instrument of Russia propaganda, the RT channel, has a small audience — the U.S. intelligence agencies grossly inflated its importance.” he wrote.

If, as it appears, RT's content surfaced on Infowars repeatedly, however, then its reach may have been considerably larger, and perhaps more consequential, than originally thought.