Woman alleges Roy Moore had sexual contact with her at 14: report 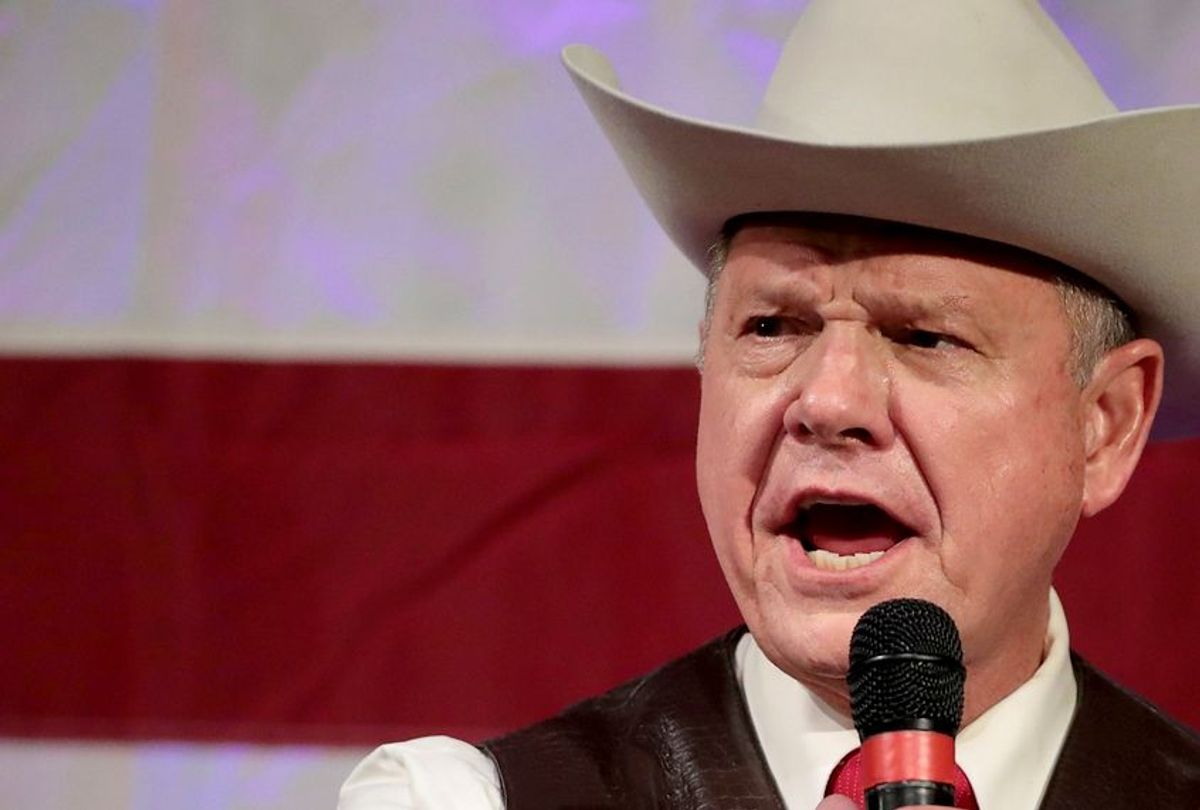 Judge Roy Moore, the Republican candidate for United States Senate in Alabama, is facing explosive accusations that he had initiated sexual contact with a 14-year-old girl when he was in his 30s, and dated or pursued three other women in their teens while serving as an assistant district attorney in Alabama beginning in the 1970s.

The four women said that Moore had pursued them before they turned 20, according to The Washington Post. The youngest woman was 14 at the time, and, according to what she told the Post, Moore's actions seem quite illegal:

She remembers that Moore kissed her, that he took off her pants and shirt, and that he touched her through her bra and underpants. She says that he guided her hand to his underwear and that she yanked her hand back. . .

The legal age of consent in Alabama, then and now, is 16. Under Alabama law in 1979, and today, a person who is at least 19 years old who has sexual contact with someone between 12 and 16 years old has committed sexual abuse in the second degree. Sexual contact is defined as touching of sexual or intimate parts. The crime is a misdemeanor punishable by up to one year in jail. . .

The law then and now also includes a section on enticing a child younger than 16 to enter a home with the purpose of proposing sexual intercourse or fondling of sexual and genital parts. That is a felony punishable by up to 10 years in prison.

"These allegations are completely false and are a desperate political attack by the National Democrat Party and The Washington Post on this campaign,” Moore told Breitbart News in a statement.

In a separate statement, the Moore campaign said, "This garbage is the very definition of fake news and intentional defamation."

Moore has flirted with theocracy during his time in the world of Alabama politics under the guise of conservatism. In September, he said that America's problems centered around a lack of faith. "All across our land we have child abuse, we have sodomy, we have murder, we have rape, we have all kind of immoral things happening because we have forgotten God," Moore said, according to Talking Points Memo.

In the past he has claimed that homosexuality should be illegal, argued that gay couples shouldn't be allowed to raise children, referred to racial minorities with terms like "reds" and "yellows," subscribed to racist conspiracy theories about Barack Obama and described Islam as a "false religion."

Moore currently enjoys a double-digit lead over his Democratic opponent, Doug Jones. He's been endorsed by Republican Sens. Rand Paul and Mike Lee. The National Republican Senatorial Committee, devoted to electing Republicans to the Senate, said in September that Moore "will be imperative to passing a conservative agenda, and we support him in keeping this seat in Republican hands.”