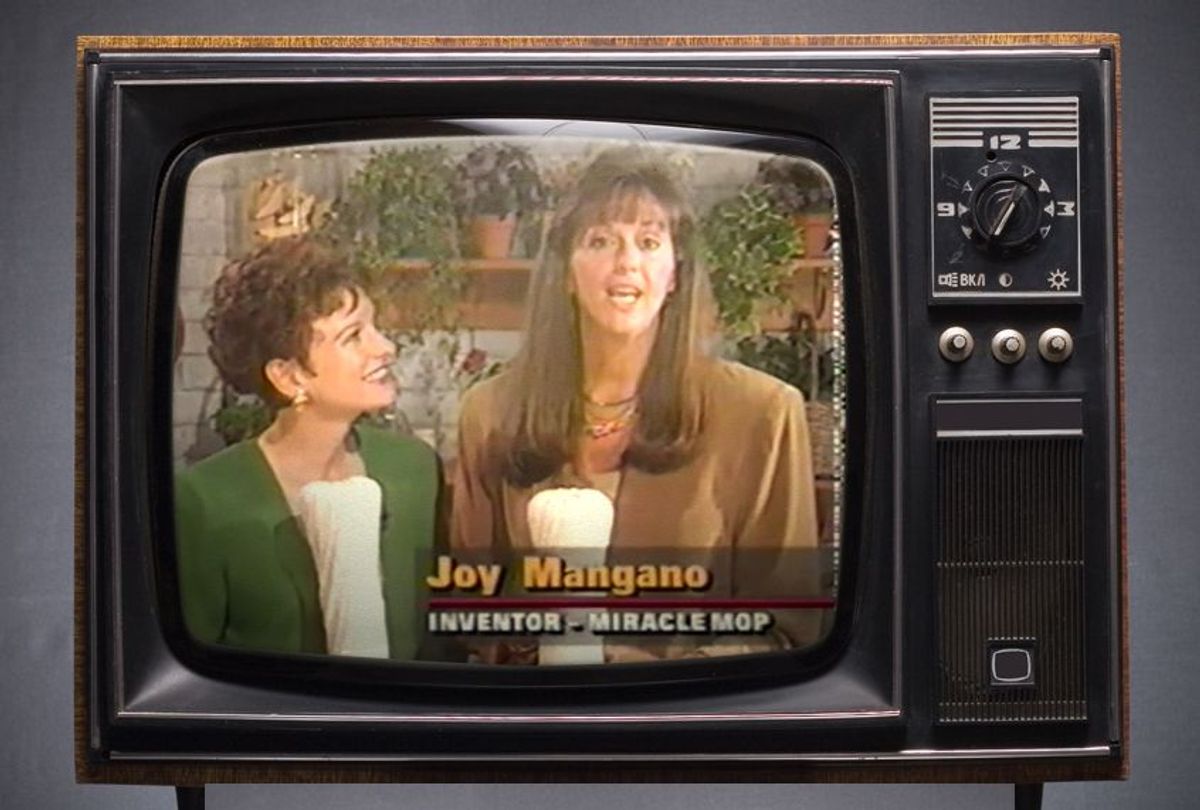 It's been 25 years since Joy Mangano launched the self-wringing Miracle Mop, setting the stage for what would make her one of the most powerful brands in home shopping, generating more than $3 billion in sales with her products, and one of the most successful female entrepreneurs.

Many know her story, from single mother of three to self-made millionaire, through the 2015 20th Century Fox film “Joy,” written and directed by David O. Russell and starring Jennifer Lawrence as Joy. Lawrence was nominated for an Academy Award for her performance.

Hollywood ending aside, Mangano has created more than 100 inventions since the Miracle Mop and learned valuable lessons along the way that she wants to pass onto entrepreneurs and inventors. "Success starts with discovering what ignites you, what makes you passionate," Mangano told Salon's Alli Joseph on "Salon Talks."

In Mangano's new book, "Inventing Joy: Dare to Build a Brave & Creative Life," she talks about growing up in Brooklyn and how she was only expected to get married, have children and cook for her family. When she went through a divorce, her plans changed drastically. "I had to keep moving forward," Mangano said. "I created those open windows for myself, and if the path shifts, that's okay."

"Don't feel like you've missed opportunities, you have to take those opportunities and go with where they lead you," Mangano added. "You can create your own success if you let those doors open in your mind."

Watch the video above to hear why Mangano believes constant rediscovery is critical for self-awareness and success. And watch the  full "Salon Talks" conversation on Facebook.