86 percent of women in jail are sexual-violence survivors

When speaking of mass incarceration, men are usually the default, it's time that change 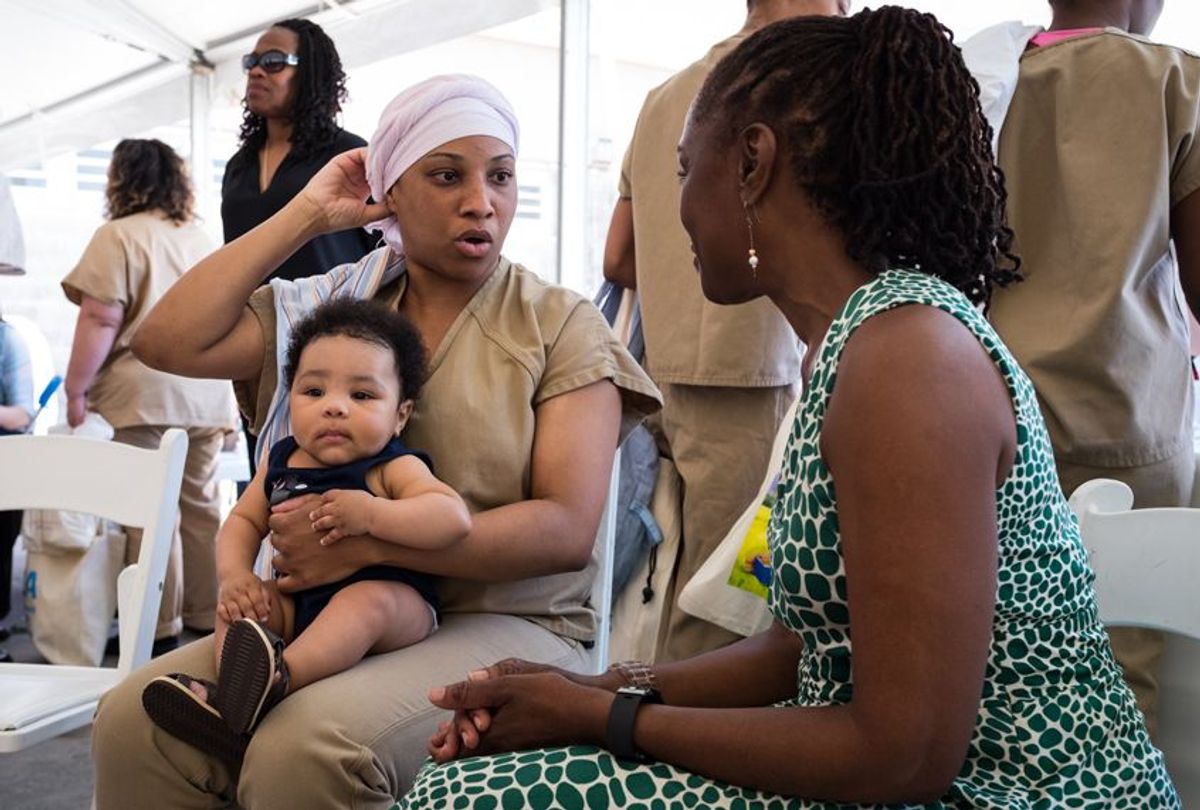 According to a recent study, 86 percent of women who have spent time in jail report that they had been sexually assaulted at some point in their lives. As well, while women represented just 13 percent of the jail population between 2009 and 2011, they represented 67 percent of the victims of staff-on-inmate sexual victimization. Sexual violence is so pronounced among jailed and incarcerated women that Sen. Cory Booker, (D-NJ,) labeled the overarching phenomenon as "a survivor-of-sexual-trauma to prisoner pipeline."

These numbers come from the Vera Institute of Justice, which authored a survey last year titled "Overlooked: Women and Jails in an Era of Reform." Given the rising numbers of incarcerated women, specifically in local jails, and the lack of research on them, the Institute wanted to examine who those women were and what adversities they faced. Other findings were equally as alarming as those above.

Two thirds of the women in jail are of color, and the majority of that population is also low-income. Further, nearly 80 percent of the incarcerated are mothers, most of them raising a child without a partner. Eighty-two percent were incarcerated for nonviolent offenses, while 32 percent have serious mental illness and 82 percent suffer from drug or alcohol addiction. Finally, 77 percent of those polled were victims of partner violence and and another 60 percent experienced caregiver violence.

First Lady of New York City Chirlane McCray, who works with women at Rikers Island, added that in addition to the prevalence of sexual assault, abuse and trauma present in the lives of the majority of incarcerated women, "women are often trapped in a lower-paid status," she told Salon on a recent episode of "Salon Talks."

This economic reality is often what inspires the crimes that end up landing these women in local jails in the first place. Laurie Garduque, the criminal justice director of the MacArthur Foundation, which co-published the survey, told Salon that many women end up in jail because of "crimes of poverty." During the survey, she encountered women who were jailed for reasons like unpaid parking tickets, stealing discount clothes for their children and for failing to show up to court.

The survey found that in 2012, 36 percent of women were being held in a pre-trial unit in Massachusetts because they could not afford bail amounts of less than $500. Given that Black and Latina women live at low-income rates disproportionate to the white population, they are also the cohorts most impacted by the cash bail system.

Simply, the economic realities for women compounded by the economic realities for people of color, combine to create a system where members of certain at-risk populations awaiting trial, may spend significant time behind bars for minor offenses they were compelled to commit regardless of whether they are convicted or not. "It’s really a revolving door," Garduque said. "Even a short stay in jail can be very disruptive for women."

Garduque also emphasized another point. "Over the same period of time where we’ve seen a growth in incarceration with respect to prisons, we’ve seen growth and the reliance of jails," she continued. "So they’ve become transformed, devoted less to protecting public safety and more in line with housing poor people, and people with behavioral health issues, or where other systems have failed them."

Many of these problems only mount once a woman is jailed as "most jail environments were not designed with them in mind and do not take into account the particular adversities they have experienced," the report says. Garduque explained that many jails are not equipped to deal with gynecological issues, pregnancy, menstrual cycles or the fact that the majority of women in jail retain custody of their children.

All of this data points to a striking problem in criminal justice reform. Policymakers tend to address reform in stages, prioritizing some populations and leaving others vastly overlooked. Because women still represent a small percentage of the jail population, "the jails have not focused their time or resources to think about what specifics needs need to be addressed," Garduque said. "That’s why jail, in many respects, will make women even worse off."

Overall, though the population of 1.2 million women currently supervised by the criminal justice system in many ways mirrors that of incarcerated men, being that both disproportionately affect low-income people and people of color. Yet, reformers rarely include women in the discussion of mass incarceration and criminal justice reform. It's a salient omission given the shifting demographics of those behind bars.

While there has been an overall decline in the number of incarcerated men on a local and state level, the same is not true for incarcerated women. In fact, "the rate of growth for female imprisonment has outpaced men by more than 50% between 1980 and 2014," the Sentencing Project says.

Given that women are the fastest growing jail population in the nation, the MacArthur Foundation's Safety and Justice Challenge is working with jurisdictions to address the "misuse and overuse of jails" and to reduce jail populations by fostering more equitable justice systems.

The Vera Institute and the MacArthur Foundation see women-specific reforms as the only route forward. "It’s much more complicated than it is for men," McCray added.

In an attempt to address this, the foundation selected various jurisdictions with different resources to demonstrate that "regardless of their resources," Garduque said, "if they have the political will, and if they have the knowledge and information, that they can enact the reform to eliminate unnecessary use of jail and still address the issue of racial and economic disparity."

There has been a tentative response to the plight of incarcerated women in Congress as well. In July, Booker proposed a new bill titled "the Dignity for Incarcerated Women Act" cosigned by Democratic Senators Elizabeth Warren, Kamala Harris and Dick Durbin. According to Slate, some of the provisions include a ban on the shackling or placing in solitary confinement of pregnant inmates.

Further, the bill would require prisons to provide free menstrual products for those awaiting trial and bar male guards from supervising female inmates in bathrooms, except during emergencies. Inmates would no longer be charged for calling friends and family members. The bill would also consider the placement of incarcerated women who are mothers in relation to their families, and foster more accessible communication and visitation between mothers and their children in general.

These and other proposed reforms in the Dignity Act fall in line with what the Vera Institute urges. Yet, the Dignity Act would only apply to women in federal prisons. Even with its passage, things would not change for the individuals in jails and state prisons who make up the overwhelming bulk of incarcerated women in the United States.

Still, the act's passing would be a step forward for many and, perhaps, a motivation for state and local authorities to reconsider and revise their own practices.

Whatever the case, the already dire situation for women behind bars — and quite specifically in jail — erodes further toward the inhuman with every passing day. It's a systematic crisis that, by now, has transcended the legal and the logistical to take on the dimensions of this moral emergency.

"I know there's a lot going on right now," Booker told Refinery 29, referring to the political climate. "But you can always judge the greatness of a society by looking at who it imprisons and how it treats them." By that measure, the United States has much to do in order to claim any kind of greatness.