A year without a president

Can you be a president when you can't govern? 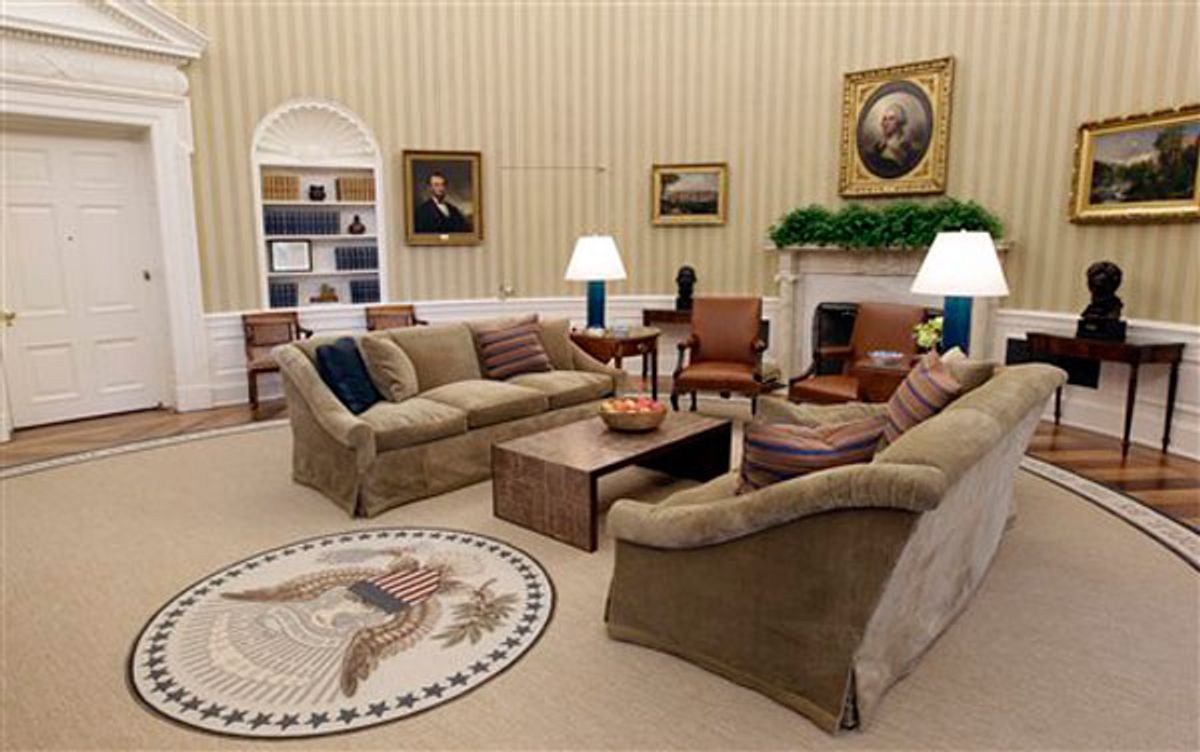 This article originally appeared on RobertReich.org.

It seems like forever, but it was just one year ago that Donald Trump was elected president. So what have we learned about the presidency and who is running the country?

1. The first big thing we’ve learned is that Trump is not really the president of the United States – because he’s not governing.

A president who’s governing doesn’t blast his Attorney General for doing his duty and recusing himself from an FBI investigation of the president.

A president who’s governing doesn’t leave the top echelons of departments and agencies empty for almost a year.

A president who is governing works with his cabinet and staff to develop policy. He doesn’t just tweet new public policy out of the blue – for example, that transgender people can’t serve in the military. His Secretary of Defense is likely to have some thoughts on the matter – and if not consulted might decide to ignore the tweet.

He doesn’t just decide to withdraw from the Paris Accord without any reason or analysis.

A president who is governing works with Congress. He doesn’t just punt to Congress hard decisions – as he did with DACA, the Iran nuclear deal, insurance subsidies under the Affordable Care Act, and details of his tax plan.

He doesn’t tell a crowd of supporters that he’s ended the Clean Power Plan – “Did you see what I did to that? Boom, gone” – when any such repeal requires a legal process, and must then withstand court challenges.

Instead of governing, Donald Trump has been insulting, throwing tantrums, and getting even:

Equating white supremacists with people who protest against them. Questioning the patriotism of NFL players who are peacefully protesting police violence and racism.

Making nasty remarks about journalists, about his predecessor as president, his political opponent in the last election, national heroes like Congressman John Lewis and Senator John McCain, even the mayor of San Juan Puerto Rico.

Or he’s busy lying and then covering up the lies. Claiming he would have won the popular vote if millions hadn’t voted fraudulently for his opponent – without a shred of evidence to support his claim, and then setting up a fraudulent commission to find the evidence.

Or firing the head of the FBI who wouldn’t promise to be more loyal to him than to the American public.

A president’s job is to govern. Trump doesn’t know how to govern, or apparently doesn’t care. So, logically, he’s not President.

2. The second thing we’ve learned is that Trump’s influence is waning.

Since he lost the popular vote, his approval ratings have dropped even further. One year in, Trump is the least popular president in history with only 37 percent of Americans behind him.

Most Republicans still approve of him, but that may not be for long.

He couldn’t get his pick elected to a Senate primary in Alabama, a state bulging with Trump voters.

Republican senators refused to go along with his repeal of the Affordable Care Act. And they’re taking increased interest in Russia’s interference in the 2016 election.

Business leaders deserted him over his remarks over Charlottesville. They vacated his business advisory councils.

NFL owners have turned on him over his remarks about players. Tom Brady, who once called Trump “a good friend,” now calls him “divisive” and “wrong.”

There’s no question he’s violated the Constitution. There are at least three grounds for impeachment – his violation of the emoluments clause of the Constitution by raking in money from foreign governments, his obstruction of justice by firing the head of the FBI, and his failure to faithfully execute the law by not implementing the Affordable Care Act. And a fourth if he or his aides colluded with Russia in the 2016 election.

But both houses of Congress would have to vote for his removal, which won’t happen unless Democrats win control in 2018 or Republicans in Congress decide Trump is a political liability.

3. The third big thing we’ve learned is where the governing of the country is actually occurring.

Much is being done by lobbyists for big business, who now swarm over the Trump administration like honey bees over a hedgerow of hollyhocks.

But the real leadership of America is coming from outside the Trump administration.

Leadership on the environment is now coming from California – whose rules every automaker and many other corporations have to meet in order to sell in a state that’s home to one out of eight Americans.

Leadership on civil rights is coming from the federal courts, which have struck down three different versions of Trump’s travel ban, told states their voter ID laws are unconstitutional, and pushed police departments to stop profiling and harassing minorities.

Leadership on the economy is coming from the Federal Reserve Board, whose decisions on interest rates are more important than ever now that the country lacks a fiscal policy guided by the White House.

Most of the rest of leadership in America is now coming from the grassroots – from people all over the country who are determined to reclaim our democracy and make the economy work for the many rather than the few.

They stopped Congress from repealing the Affordable Care Act.

And Attorney General Jeff Sessions’s attempts to tear down the wall between church and state.

They’re fighting against the biggest tax cut for the wealthy in American history – that will be paid for by draconian cuts in services and dangerous levels of federal debt.

They’re fighting against the bigotry, racism, and xenophobia that Trump has unleashed.

And they’re fighting for a Congress that, starting with next year’s midterm elections, will reverse everything Trump is doing to America.

But their most important effort – your effort, our effort – is not just resisting Trump. It’s laying the groundwork for a new politics in America, a new era of decency and social justice, a reassertion of the common good.

Millions are already mobilizing and organizing. It’s the one good thing that’s happened since Election Day last year – the silver lining on the dark Trump cloud.

If you’re not yet part of it, join up.