Can a long walk heal these veterans from their war demons?

Twenty veterans commit suicide daily, but these two friends are determined to address their PTSD post-Iraq 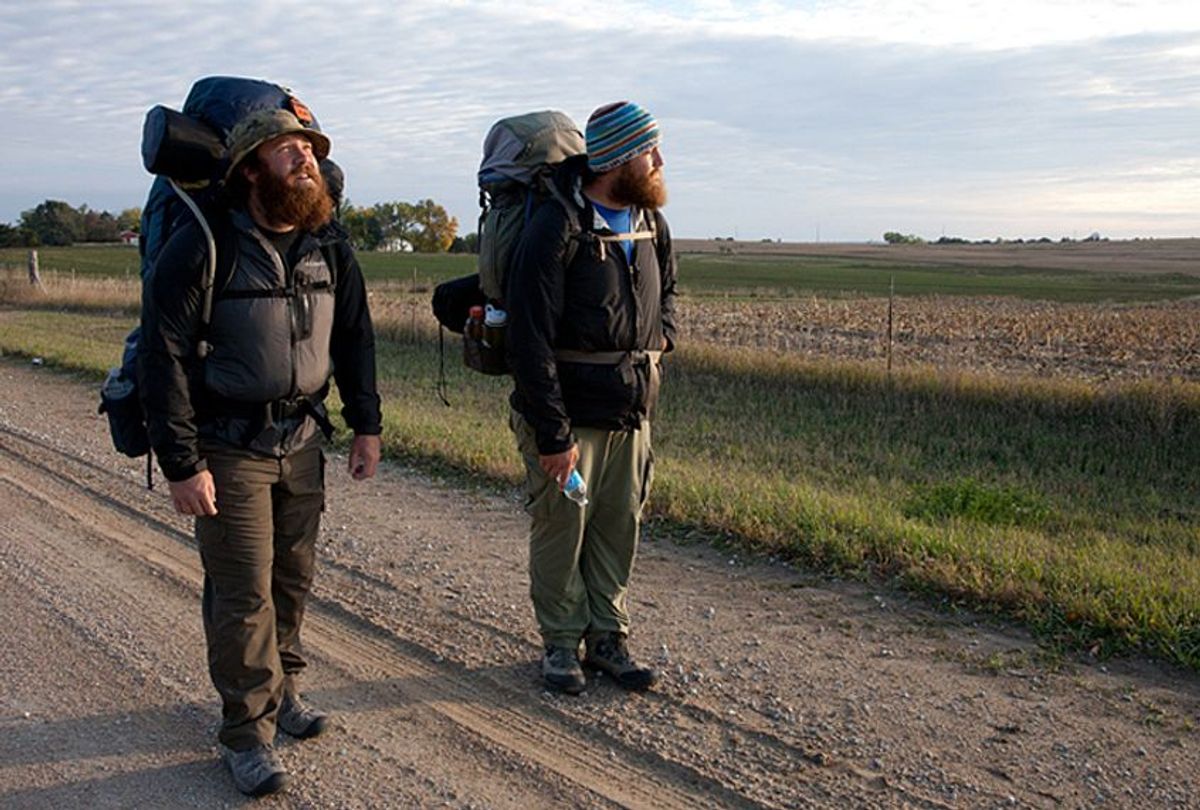 This weekend, Americans will celebrate those who have served in our armed forces for Veterans Day. Sacrifices made by veterans come in many forms, but seemingly least known among them is the threat of "moral injury," a condition that affects over two million people struggling with the ethical ambiguities of war.

Produced by an individual's conscience and belief that they've transgressed their moral compass and beliefs, the psychological trauma comes to stark view in the upcoming film "Almost Sunrise," premiering on the PBS documentary series "POV."

In the film, we meet two veterans, Tom Voss, who was deployed to Iraq from 2004-2005, and Anthony Anderson, who completed two tours in Iraq. So transformed by the searing events of war, the two felt compelled to walk 2,700 miles across the country, from their hometown Milwaukee all the way to California, in an attempt to heal themselves.

“I needed to do something to help myself," Voss says in the film. "I needed to take a stand.” Anderson, still coming to grips with his wartime experience, agrees to join.

Perhaps the most striking about the film is how it exposes the great dearth in psychological support for our returning soldiers. Tom and Anthony have few treatment options when they return from combat; there is simply no established system for helping veterans cope with their moral injuries.

Yet, as much as the film is a solemn and urgent request for greater mental health resources for our returning soldiers, it also paints an inspiring picture of two tireless veterans determined to confront their own demons. Along the way, they meet with various individuals who have therapeutic suggestions on how they can get better.

"Almost Sunrise" airs on PBS Monday, November 13 at 10 p.m. ET (check local listings). You can watch the full film on your local PBS station or online at pov.org/video.