The president told reporters that he believes Putin's denials, but a Kremlin official says the topic never came up 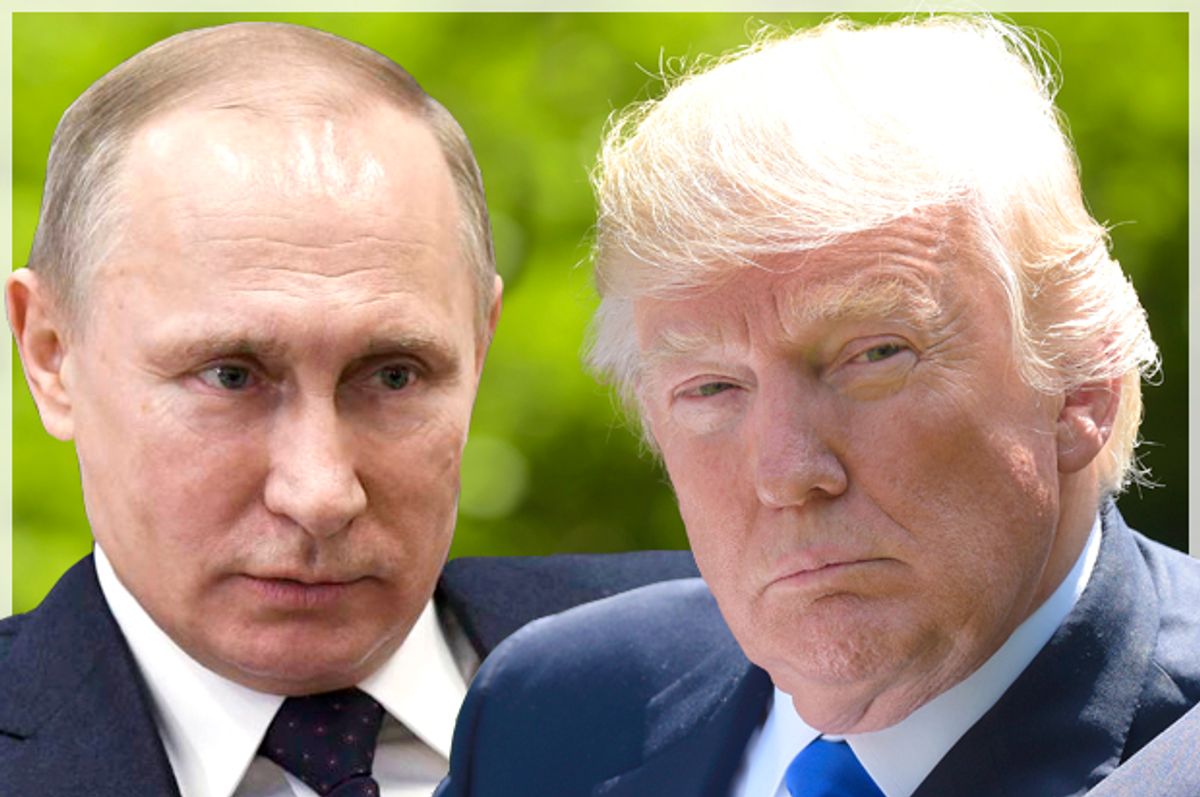 President Donald Trump told reporters that when Russian President Vladimir Putin once again denied that Russia meddled in the 2016 election, his claims were sincere, but a Kremlin officials denied that the two discussed the topic.

Speaking to reporters on Air Force One on Saturday Trump said that he asked Putin about potential election interference while in Vietnam on the sidelines of the Asia Pacific Economic Cooperation summit.

Trump added, "I just asked him again. He said he absolutely did not meddle in our election, he did not do what they are saying he did."

But when asked if the Trump and the Russian leader had discussed election meddling, Putin's press secretary Dmitri Peskov simply said, "No," CNN reported.

Trump said he is instead more concerned with working together with Putin and Russia on global issues such as North Korea, Syria and Ukraine.

"Well, look, I can't stand there and argue with him, I would rather have him get out of Syria, I would rather get to work with him on the Ukraine rather than arguing about whether or not... that whole thing was set up by the Democrats," Trump said.

Trump added, "But we have a good feeling toward getting things done. If we had a relationship with Russia, that would be a good thing. In fact it would be a great thing, not a bad thing, because he could really help us on North Korea."

The president also said that the reason tensions with Russia have escalated so much recently is "because of this artificial thing that's happening with this Democratic-inspired thing."