Before you buy your young gamer the coolest new game, consider the content 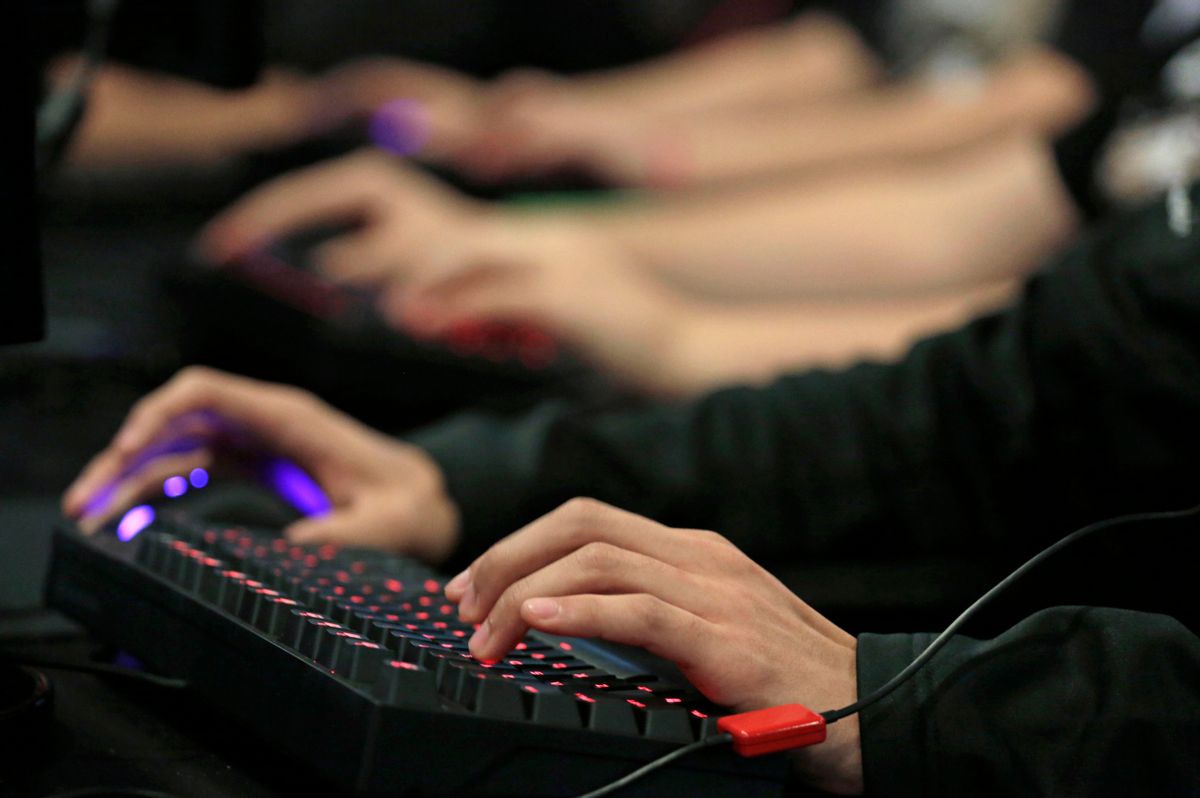 It's a dark night. You've just escaped from a sprawling mansion deep in the Louisiana bayou. You're terrified. You've been shot at, bludgeoned, and stabbed as you try to escape this life-or-death situation. What's worse, it looks like you're on your own, because a sheriff's deputy was killed in front of your eyes. You take a break in an upstairs bathroom to catch your breath, but something doesn't feel right. You should go, but as you get to the door, it swings open, and you're face to face with the man you killed minutes before. How is he still alive, and worse, how are you ever going to escape if you have to kill him again and again?

This is only one of the many nightmare-inducing, pulse-pounding, and incredibly violent moments from the horror-survival game Resident Evil 7 Biohazard. RE7, as it's known to fans, tosses an ordinary guy into a macabre setting full of monsters and mayhem that terrifies even the most hardcore horror gamers. But it's more than just jump scares and shrill music that's designed to make players uneasy. Sometimes, the content of the game itself can be too much for many gamers to handle.

Every year, game graphics become more realistic and immersive, bringing players closer to the action and story than ever before. With violent video games, this realism ratchets up the brutality. Despite that, video game promotions target kids way younger than the games' age rating. Trailers, demos, blogs, and more air on TV, go viral on social media, and are discussed endlessly on game sites. Marketers advertise the excitement, the depth of realism, and the cool gameplay — but they often don't tell you exactly how violent the games are. The truth is, the majority of the hyper-realistic, hyper-popular games are best left to mature players. The impact of violent media on kids is still being studied — especially as game violence jumps from the screen to virtual reality. But research shows that heavy exposure to violent media is associated with aggressive behavior, desensitization, and violent thoughts.

Many parents whose kids ask for these games (or set up a line of credit on game sites such as Steam) may know that the games are violent, but not the specific kinds of violence they contain. Here's where you can find out. Below, we've gathered 10 of the most extreme titles to come out this year. A lot of them are well-designed gameplay experiences, but they're definitely not for kids. The thing is, instead of saying no all the time, we think you'll be more successful if you say, "Wait," and offer kids alternatives in the same genre that are a little less violent and more age-appropriate. Note that we offer two alternatives for each game, one for younger players and one for older players.

Dark Souls III: The Ringed City
The end of this incredibly difficult action role-playing game franchise doesn't skimp on the blood, gore, or shock factor, as fantasy creatures moan and gush blood when struck by medieval weapons. Bodies are frequently seen scattered throughout the environment, and players will slash, impale, and smash enemies to pieces.
Alternate action RPGs: The Legend of Zelda: Breath of the Wild (10+), Horizon Zero Dawn (13+)

Dead by Daylight
In this slasher game, a remorseless killer hunts down survivors to sacrifice them to an evil entity, using a variety of weapons to hack, stab, and impale characters. Injured players may crawl on the ground leaving pools of blood behind and can be hung on meat hooks in brutal death sequences.
Alternative scary games: Five Nights at Freddy's 4 (12+), Darkest Dungeon (16+)

For Honor
Combat between three factions plays a major role in this action fighting game set in a medieval fantasy world. Each entity tries to assert its dominance over the others using melee weapons, such as swords, pikes, and spears. Kills are frequently shown in close-up with large splashes of blood, while plenty of arenas show severed heads on spikes and other gruesome imagery. Players also slaughter dozens, if not hundreds of computer-controlled enemies wholesale with no ability to negotiate peace.
Alternate multiplayer action games: Portal Knights (10+), Fortnite (13+)

Friday the 13th: The Game
Like a digital version of the horror movie franchise, this multiplayer slasher game places one player in the role of Jason hunting down and killing opponents, who assume the roles of different camp counselors. Adding a sexual angle to the violence (a potentially harmful combination for tweens and teens), the female characters are scantily clad or skinny-dipping while they are being hunted down. Grisly violence abounds as characters are killed with weapons, environmental objects, or even Jason's bare hands. The cut scenes and gameplay feature tons of blood and gore.
Alternative action games: Cuphead (10+), Alan Wake (14+)

Outlast II
Gory scares run throughout this bloody horror game, which forces players to try their best to escape from cultists wielding weaponry and farm implements. These enemies only want to catch and torture the player in bloody, gruesome ways, and multiple scenes of viscera and stabbing are frequently shown, as well as the violent birth of the Antichrist.
Alternate scary games: Luigi's Mansion: Dark Moon (9+), Zombie Vikings (13+)

PlayerUnknown's Battlegrounds
Gamers try their best to be the last one standing in this online shooter, which throws up to 100 players into a constantly shrinking arena. Whether using firearms, cars, melee weapons, or bare hands, you have to try to kill everyone you come across to ensure your safety. Even alliances between players can quickly be tossed aside in favor of points and survival, undermining the concepts of cooperation, loyalty, and teamwork.
Alternative shooters: Hard Reset Redux (10+), Destiny 2 (13+)

Resident Evil 7 Biohazard
Scares aren't the only thing to shock gamers in this violence-packed game that glorifies cruelty as players use shotguns, chainsaws, explosives, and other weapons against human and inhuman creatures. There are plenty of disturbing images of open wounds and injuries, and characters are dismembered, impaled, or killed in brutal ways.
Alternative survival action games: Plants Vs. Zombies: Garden Warfare 2 (10+), Adr1ft (13+)

Sniper Elite 4
War games frequently highlight massive casualties, but this World War II shooter casts the player as a sniper. Using knives, explosives, and a variety of firearms, you travel to some of the most dangerous locations of the war to conduct stealthy attacks against Nazi soldiers. Unfortunately, there aren't any nonviolent attack options, so these strikes are simply ways to kill enemies without poking the ant hill of enemies that scour the grounds looking for you once they've detected something's amiss. On top of this, some kills are slowed down and highlighted with graphic X-ray visuals indicating the brutality of the damage inflicted on its target from a fired bullet.
Alternative shooter games: Splatoon 2 (10+), Overwatch (13+)