400 millionaires tell Congress not to cut their taxes

Many in the top 1 percent think the Republican tax bill will damage the country, so they wrote a letter to Congress 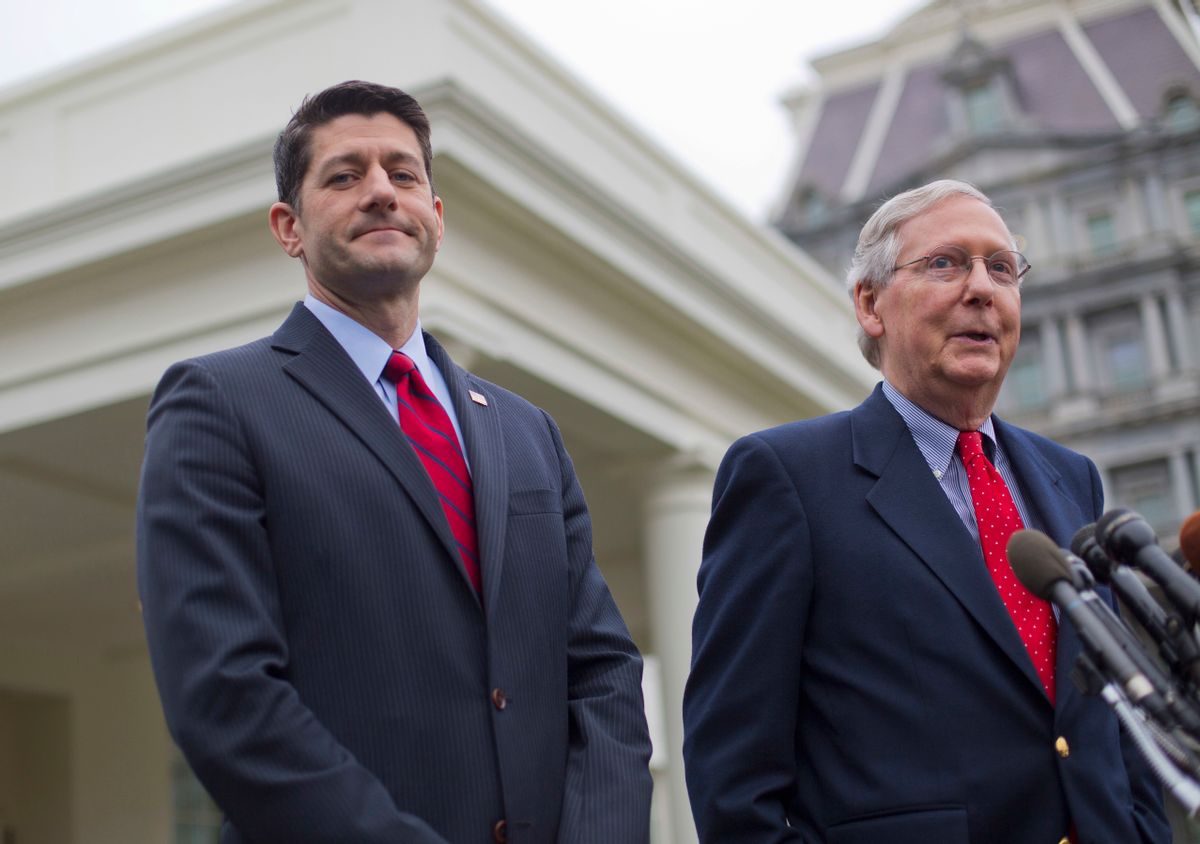 Even members of the wealthiest top one percent are not too impressed with the Republican tax plan. More than 400 millionaires and billionaires signed their name to a letter calling on Congress to abandon the GOP's proposal to cut taxes.

Those Americans said that the Republican Party would be harming the country if they reduced taxes on the richest families when the nation's debt and wealth inequality was the highest in decades.

"Dear Member of Congress," the letter began. "We are high net worth individuals, many in the top 1 percent, who care deeply about our nation and its people, and we write with a simple request: Do not cut our taxes."

The letter, signed by business leaders, investors and inheritors, was sent from United for a Fair Economy, a group organizing a campaign to push for policies that make the economy more fair and equitable.

"We believe the key to creating more good jobs and a strong economy is not tax breaks for those of us who have plenty, but investing in the American people," the letter said. "Our civic institutions that help people meet basic living standards and protect the climate are critical to supporting our prosperity as a nation. Yet, Congress is already shortchanging the investments needed to strengthen our economy, and the administration and some in Congress are looking for deeper cuts."

"It is neither wise nor just to give wealthy people more tax breaks at the expense of working families," the letter added, "and it would be especially egregious to fund tax cuts for the wealthy by cutting or dismantling programs that help people meet fundamental human needs like healthcare or nutrition assistance."

Congressional Republicans unveiled their long-awaited tax bill earlier this month that proposed the most drastic overhaul of the tax code since former President Ronald Reagan. The plan included a $1.51 trillion tax cut for corporations and the elimination of the estate tax, a proposal that would strip the government of an estimated $269 billion over 10 years, "more than we would spend on the Food and Drug Administration, Centers for Disease Control, and Environmental Protection Agency combined," the letter from United for a Fair Economy said.