Kansas is embracing an entirely unique brand of secrecy 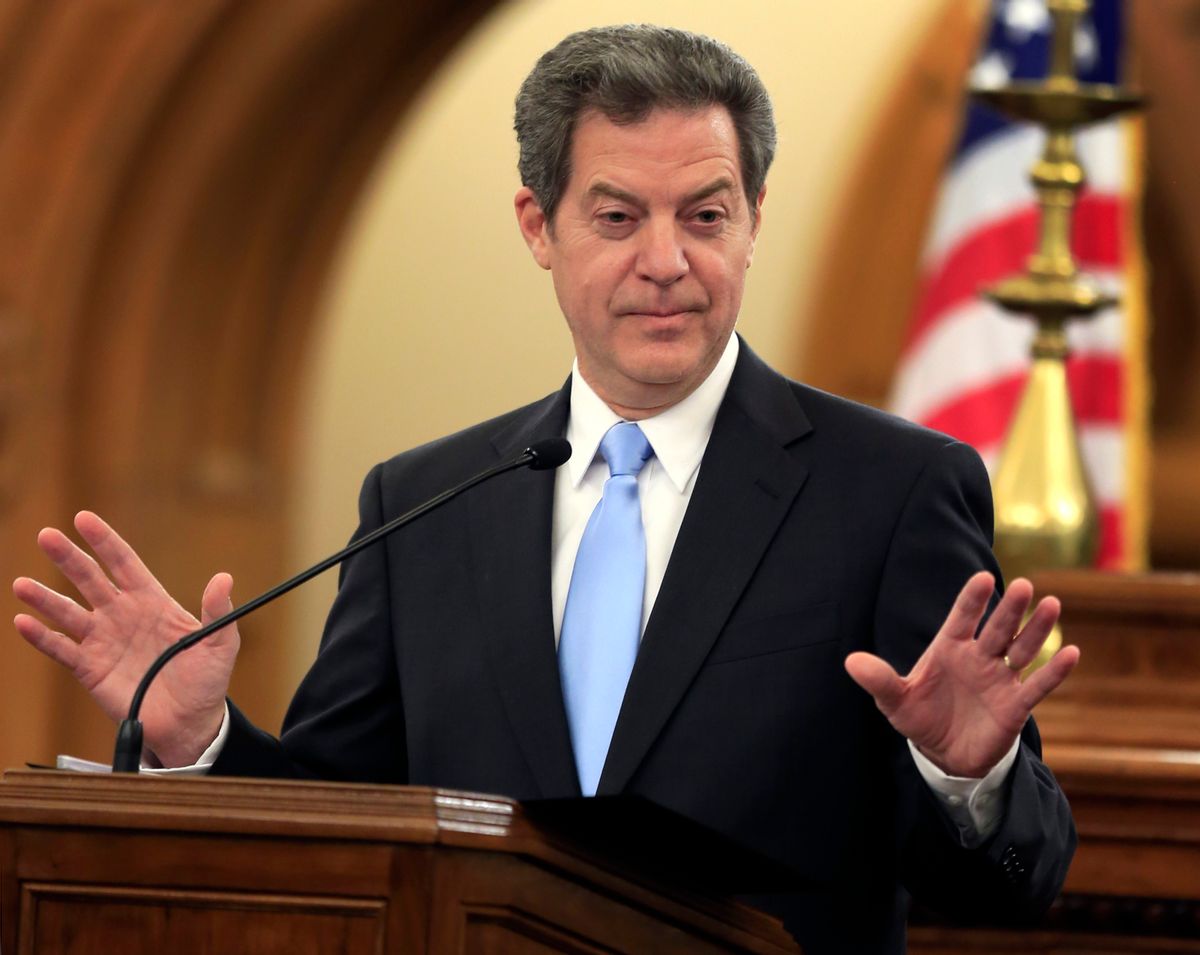 In recent years, Kansas has become effectively a single-party state where the GOP has ruled the roost.

The state's prolonged experiment in slashing taxes dramatically in the hopes that doing so would yield massive economic growth and higher revenues from the lower rates has received some attention for its failure. Contrary to the promises of Gov. Sam Brownback, a plan to create a "red-state model" crashed and burned as revenues fell dramatically and as he persuaded fellow party members to cut education and other spending to try and keep up. The cuts were not enough, however, and Brownback eventually found many of his tax cuts erased in a veto-proof vote that featured moderate Republicans teaming up with Democrats to stanch the flow of red ink.

Despite the collapse of Brownback's grand experiment, however, national Republicans are plowing ahead with a similar proposal to cut taxes on income earned through "pass-through entities" like limited liability corporations, even though Kansas' experience showed that doing so causes greater-than-expected revenue losses as wealthy individuals restructure their income to take advantage of lower rates.

While state legislators have shown a willingness to learn from their mistakes with regard to revenue, they appear unwilling to correct some of the problems that created the situation. In an editorial published yesterday, the Kansas City Star newspaper discussed how the Sunflower State's government has an abysmal record of secrecy and refusal to provide important information to the public. Among a list of items cited by the newspaper is the Kansas legislature's refusal to list the names of the individuals who sponsor legislation, making it difficult for constituents to track whether their elected representatives are trying to push bills that are contrary to their beliefs or their economic interests. The Republican-controlled state house recently voted down an attempt to force the disclosure of legislation's authors. The state legislature also routinely refuses to even disclose who voted for legislation within its different committees, according to the Star.

National Republicans have not achieved this yet, but considering their enthusiasm for anonymous donors (and to be fair, more than a few high-dollar Democratic donors want to shield their money), giving legislators anonymity in bill authorship is likely something they'd support.

To some degree, it's not exactly a surprise that some in the local GOP might want to keep their actions secret. One person who is very interested in secrecy is Kris Kobach, Kansas' radical secretary of state who has long been documented to have associations with prominent white nationalists, including those who believe the U.S. will descend into violent anarchy if too many non-white people live in the country.

Just this month, Kobach was revealed by the Southern Poverty Law Center to have invited a prominent white nationalist named Marcus Epstein to a private fund-raising event.