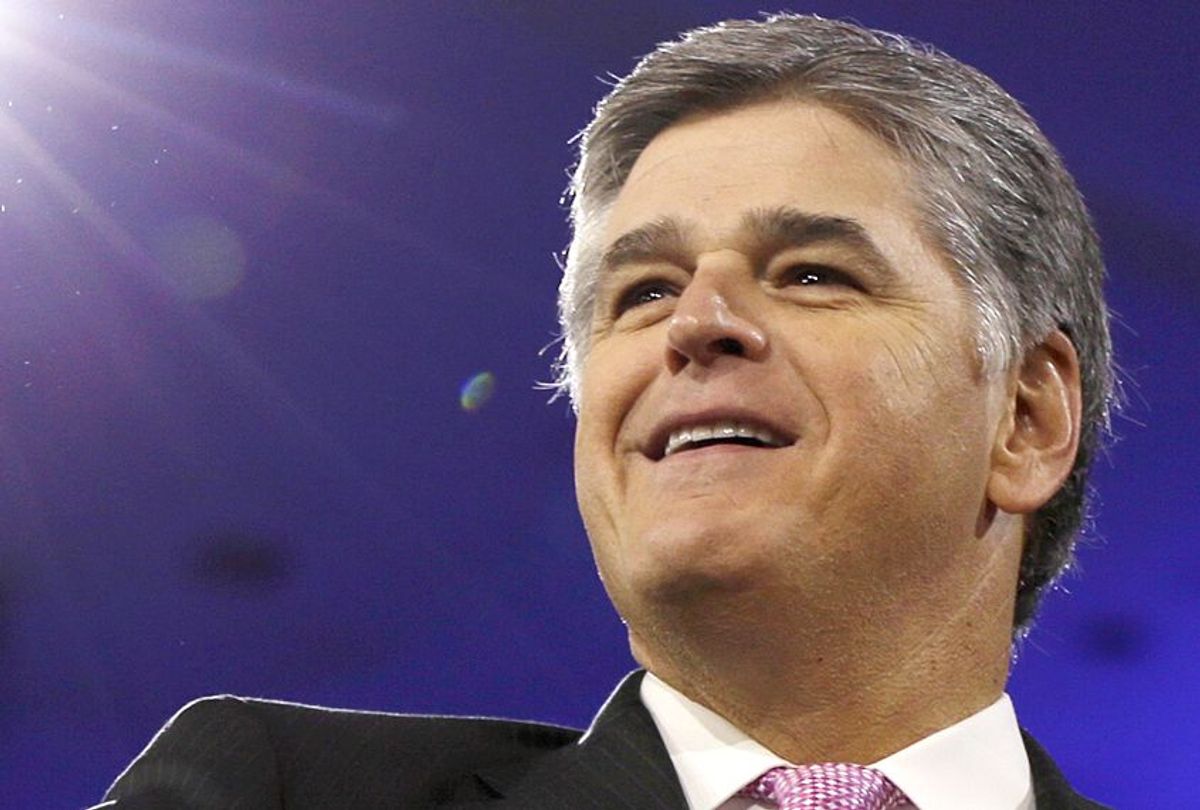 In a companywide memo obtained by the media, Keurig CEO Bob Gamgort apologized to employees for attracting national, negative attention to the coffeemaker by creating the appearance that the brand was "taking sides" by pulling its advertising from Sean Hannity's Fox News program.

The memo also placed the blame for the considerable backlash the brand has experienced since that decision on both Hannity and on the way it announced the move via social media.

Last week, Keurig made the not-unreasonable decision to stop advertising its products on "Hannity" after the host appeared to downplay allegations that Alabama Senate candidate Roy Moore had engaged in improper and illegal sexual relations with a 14-year-old girl.

On Saturday, the company announced the decision via a reply to an inquiry by Media Matters President Angelo Carusone, sent to the brand's official Twitter account.

Angelo, thank you for your concern and for bringing this to our attention. We worked with our media partner and FOX news to stop our ad from airing during the Sean Hannity Show.

The company was only one of several that suspended its relationship with the host on a short or long-term basis for this very reason.

Fans of Hannity, Fox News, Moore and conservatism in general responded to the move with a flood of angry, polemical Twitter posts, some of which included videos and images of individuals smashing their Keurig coffeemakers.

Hannity, for his part, reveled in this outpouring of anger against the departed advertiser (and pledged to snap up some Black Rifle beans).

Now it appears that Keurig may be buckling under the pressure applied by these angry Keurig smashers.

The internal memo from Gamgort reveals that the CEO believes that, yes, Hannity is to blame, but concedes that it was a mistake to give consumers the impression that the brand was "'taking sides'" on the fairly unnuanced issue of whether child rape is acceptable or not.

First, Gamgort addressed Hannity's defense of Moore in the face of the accusations:

The catalyst for the current situation was commentary made by Sean Hannity on his TV and radio programs last week, which sparked a significant number of consumer complaints directed to us as advertisers on his TV program. Hannity himself later apologized for his comments in his own tweet: “As I said on TV tonight, I apologize when I misspoke and was not totally clear earlier today.”

The CEO added that:

In most situations such as this one, we would “pause” our advertising on that particular program and reevaluate our go-forward strategy at a later date. That represents a prudent “business as usual” decision for us, as the protection of our brand is our foremost concern.

Which all makes quite a lot of sense. From there, however, Gamgort blamed the particular Twitter rollout of Keurig's "prudent 'business as usual' decision" for the negative backlash to its move:

However, the decision to publicly communicate our programming decision via our Twitter account was highly unusual. This gave the appearance of “taking sides” in an emotionally charged debate that escalated on Twitter and beyond over the weekend, which was not our intent.

I want you to know the decision to communicate our short-term media actions on Twitter was done outside of company protocols. Clearly, this is an unacceptable situation that requires an overhaul of our issues response and external communications policies and the introduction of safeguards to ensure this never happens again. Our company and brand reputations are too valuable to be put at risk in this manner.

There is some truth to the idea that announcing the decision via a reply to a pointed, opinionated tweet can give the impression that the brand did indeed "take a side" against Hannity and what he represents. However, the specific rollout of Keurig's move isn't why red meaters are smashing their pod machines like piñatas.

In truth, that has less to do with strategic marketing positioning and optimized brand engagement than it does with the unbridled fury some of Hannity's viewers feel when they find their positions countered at any time in any way.

Moreover, Gamgort's notion that the appearance that Keurig was "'taking sides'" was problematic is a questionable one. It seemed fairly clear that Keurig had dropped Hannity due to his initial comments in defense of a candidate who is, again, accused of sexually assaulting a legal minor against her will (and has been accused by more women since). Exactly how a brand would benefit from not upsetting those on the other "side" of that particular issue is unclear.

Of course, in our the current, highly polarized, completely gamified political discourse, making a stand against Hannity's initial comments mounts to taking stand against conservatism itself. This is the way things work now.

Monday afternoon, Hannity, claimed a measure of victory after Gamgort's memo came to light, saying incorrectly that Keurig now understood that it was "misled" by Carusone, who he has labeled an "anti free speech bigot."

Hold on to your coffee machines @keurig has recognized it got caught up & misled by a bigot. Still giving away coffee machines, which brand has yet to be determined. Stay tuned. https://t.co/Af1FUCa3Br — Sean Hannity (@seanhannity) November 13, 2017

Again, this is the way things work now.