North Korean officials are uncertain whether Trump is crazy, or if he'll even be president for much longer 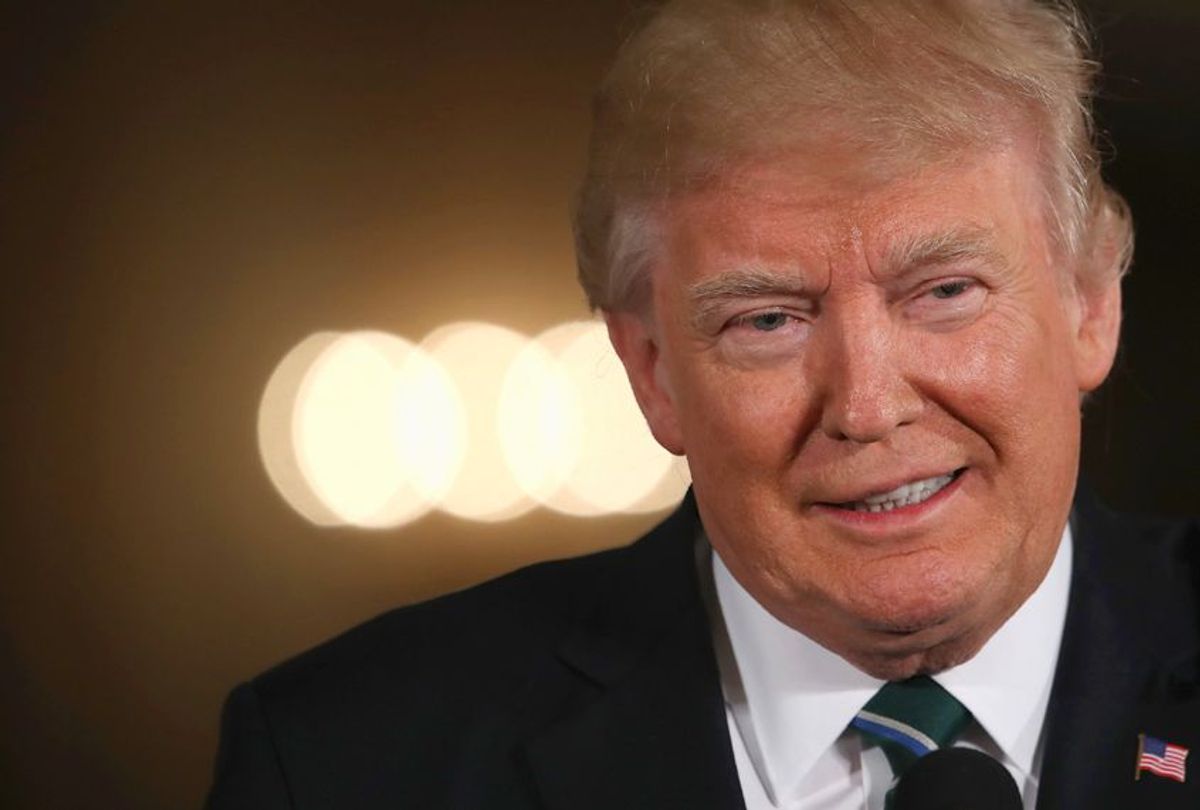 A new report reveals that North Korean leaders are genuinely uncertain if President Donald Trump is crazy — but they do know that his actions are only increasing the risk of armed conflict between the United States and their country.

Suzanne DiMaggio, a scholar at New America who has spent nearly two decades engaged in secret conversations with North Korea, claimed that the North Korean leaders "want to know if he’s crazy or if this is just an act," according to Politico. She made it clear that North Korean leaders are confused about Trump's "end game" and are following everything he does closely in the hope of learning more.

One example of the type of erratic leadership that has confused and concerned North Koreans are presidential tweets like this one.

"They follow the news very closely; they watch CNN 24/7; they read his tweets and other things," DiMaggio told Politico.

Some foreign policy scholars have speculated that Trump is implementing his own version of what President Richard Nixon referred to as the madman theory. During the Cold War, Nixon claimed he could exert his will over the Soviet Union and North Vietnam by sending out indications that he could be "crazy" enough to drop a nuclear weapon on their countries. According to the theory, it would compel America's adversaries to come to the bargaining table because they couldn't trust Nixon to possess the good sense necessary to avoid starting a nuclear war.

There are other factors besides Trump's tweeting and insults that have raised North Korean eyebrows. Because of Trump's unwillingness to abide by the Iranian nuclear treaty, the North Korean leadership doesn't know if the president would honor any deal that he struck with them. They're also not sure if the ongoing Russia scandal will take him down in the near future.

"They question his erratic behavior, and also his mounting problems here at home, with the investigation being conducted by Robert Mueller, and they are asking, ‘Why should we begin negotiations with the Trump administration, when Donald Trump may not be president much longer?’" DiMaggio told Politico.