Saudi Arabia's blockade in Yemen will tip the country into famine, observers warn

Yemen has been on the brink of a famine for months, and now a new blockade may prevent supplies going into region 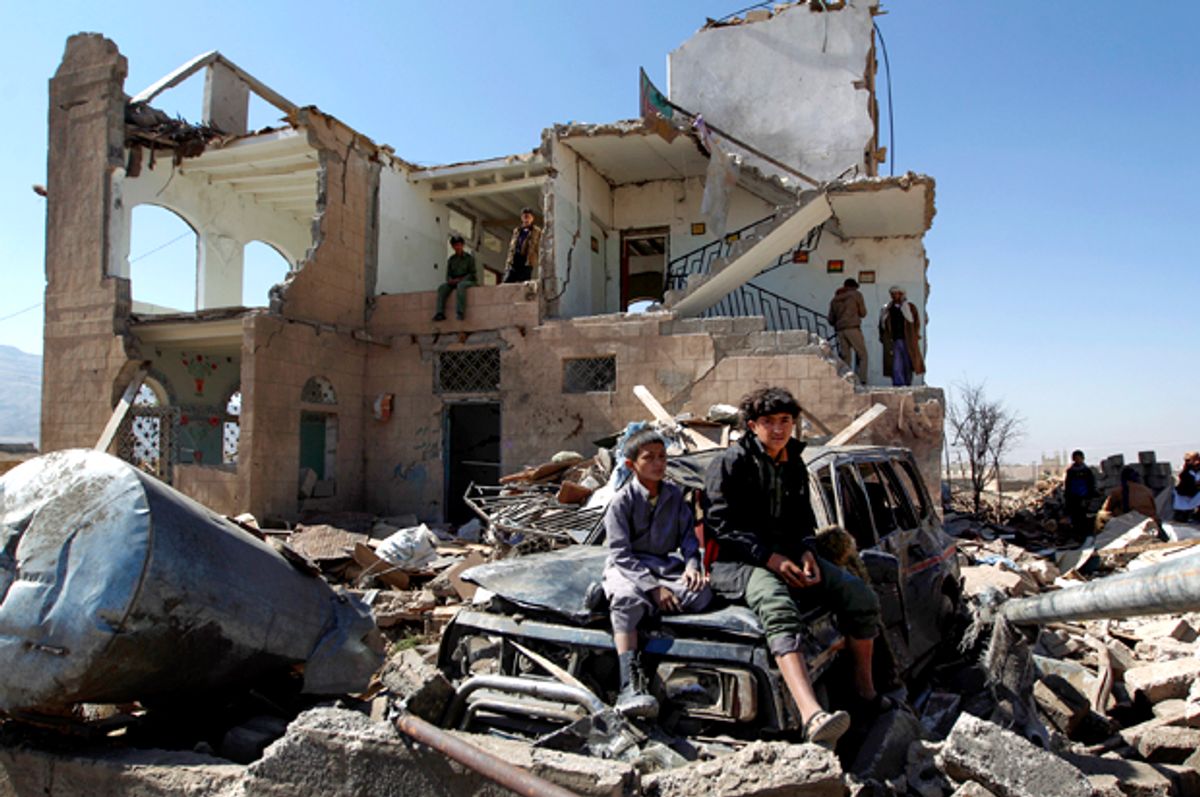 Saudi Arabia has tightened its blockade on Yemen, following a missile launch from the war-torn country towards the international airport in the Saudi capital of Riyadh. Saudi Arabia's crown prince ordered the closure of all ports and grounded all humanitarian flights, the Guardian reported, virtually ensuring that Yemen will fall into famine.

The scale of the food crisis in Yemen has been well documented, as almost two-thirds of the population, around 17 million people, have been food insecure.

Graziano da Silva said the crop production last year "already fell by 40 percent compared with the pre-conflict average. This year, because of poor rains the harvest will be even lower."

The FAO said that the U.N. must  address the needs of rural people, who make up 70 percent of Yemen's population.

But the latest blockade will only exacerbate the problems for the rural population. Famine is not the only crisis occurring in the conflict-ridden nation.

With over 390,000 cases of cholera in the last three months, Yemen is facing the world’s worst outbreak of the disease ever recorded in a single year, according to the world-wide development organization Oxfam. The rapid spread of cholera has already killed almost 2,000 people in the poverty-stricken nation.

The Saudi-led coalition waging war in Yemen, with the United States’ full support, has been carrying out a bombing campaign that has made it virtually impossible for most of the country to feed itself. The result is that a Yemeni child is starving to death once every 10 minutes — about 4,000 dying each month.

The U.S. initially entered Yemen through a drone program in 2009 to combat the rise of al-Qaida in the region. When Yemen was destabilized by Arab Spring protests in 2011 that sought to oust the nation’s dictator of more than 30 years, America was instrumental in orchestrating a U.N.-supported democratic transition. But the regime change did not work out as planned.

A long-simmering rebellion by the Houthi ethnic minority managed to oust the unpopular new administration, and the Houthi then allied themselves with the previous dictator, whom they had just been fighting. Then, in the poorest state in the Arab world, suffering from chronic food shortages and a dwindling water supply, with a youthful population afraid for the future of their already collapsing state, things really went south.