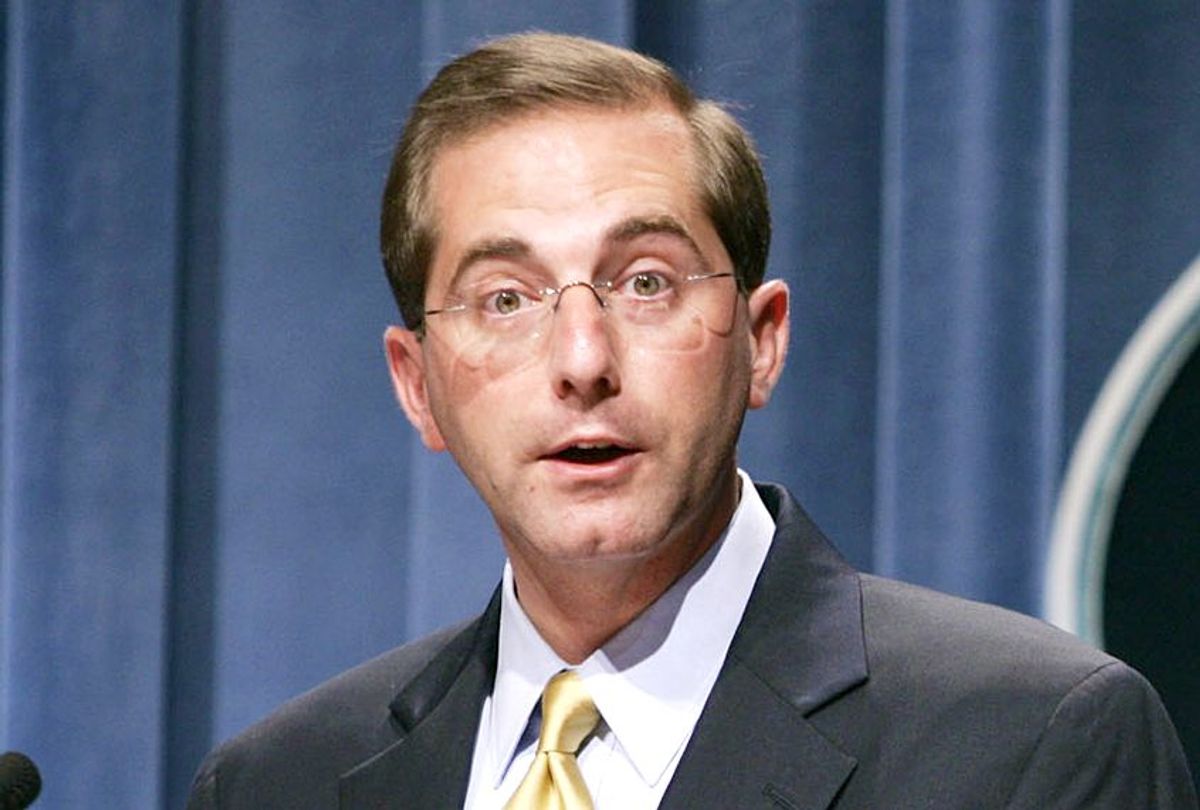 President Donald Trump has chosen a replacement for former Secretary of Health and Human Services Tom Price — and his selection is a man best known for being a pharmaceutical company executive.

HHS nominee Alex Azar was president of Lilly USA, the biggest affiliate of the pharmaceutical company Eli Lilly and Co., prior to leaving in January so he could work as a health care consultant, according to The Washington Post. Azar is a thoroughly establishment choice to run the Health and Human Services department, with a resume that includes stints clerking under the late Justice Antonin Scalia, working with special counsel Kenneth Starr to investigate President Bill Clinton's Whitewater real estate scandal and working as deputy secretary of HHS under President George W. Bush.

Azar has been an outspoken critic of Obamacare. In May he said that the health care reform legislation was "certainly circling the drain," while two months later he claimed that the bill was facing problems which "were entirely predictable as a matter of economic and individual behavior."

He could also be expected to take an aggressive role in trying to weaken the law, as foreshadowed by his commenting that "one of the nice things in it is it does give tremendous amount of authority to the secretary of HHS."

If confirmed, Azar will take over a position once held by former Rep. Tom Price of Georgia. Despite being a staunch opponent of health care who flaunted his credentials as a fiscal conservative, Price was discovered to have spent at least $400,000 of taxpayer money for use on private jets. Price was forced to resign due to the controversy that emerged over this revelation, particularly since he may have violated federal regulations that prohibit the use of private air travel except when commercial flights aren't feasible (which wasn't the case for many of Price's flights).