There's a flood of fury coming at Monsanto, too 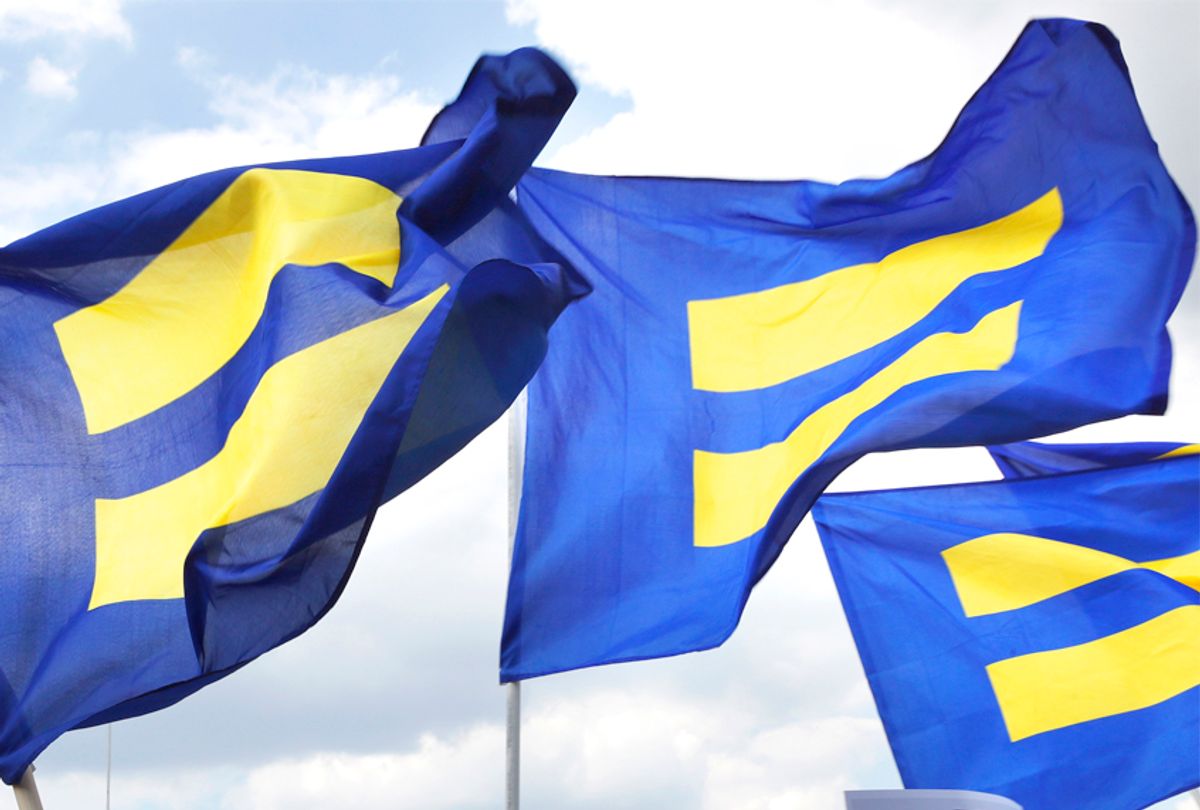 According to some very piquant Twitter takes, it's pretty clear that many in the LGBT community hate that the Human Rights Campaign gave Monsanto a perfect score on its Corporate Equality Index Tuesday.

The HRC's CEI rating grades businesses with 500 full-time employees or more on their internal anti-discrimination policies and positive handling of other associated human-relations issues. Some of the key points in judging the queer friendliness of these corporations include the availability of equitable benefits for LGBT workers and their families, internal education and accountability metrics to promote LGBT inclusion competency and public commitment to LGBT equality.

This year, the much-maligned agrochemical and agricultural biotechnology giant Monsanto — believe it or not, like it or not — earned a perfect CEI score. It is the eighth time it has done so.

“We are honored that Monsanto is once again being recognized by the Human Rights Campaign as an inclusive and diverse workplace where employee differences are embraced, valued and respected,” Steve Mizell, Monsanto's executive vice president and chief human resources officer said in a statement.

“As a global company, it’s important that our work culture represents the talented 20,000 workers we employ, as well as the customers we serve around the world," he continued. "We want employees to bring their whole selves to work."

That's all fine and dandy, but Monsanto is not without a sordid history of ethically and morally questionable business practices. It's long been criticized for putting public health behind corporate interests in its use of pesticides, genetically engineered seeds and, in some areas, the de facto creation and enforcement of local monocultures. The long list of shady, reputed offenses includes links between their pesticides and cancer and other not-so-hot stuff.

The HRC is itself controversial in the LGBT community. Many have criticized it for sucking up too much of the available political funding for advocacy groups, being relatively conservative in its leanings, and taking money from big banks that push income inequality and supported an income-equality bill in 2007 that discluded trans people in its language.

Add to that the fact that the CEI praises Fortune 1000 corporations (Monsanto included) for human-resources achievements without putting a critical eye on their less-noble undertakings, and the news leaves quite the bitter taste in one's mouth.

As it is wont to do, LGBT Twitter dragged both the HRC and Monsanto clear across the internet when the news came out on Tuesday.

JFC. Between this and the LGBT Awards being sponsored by Dow Chemicals (who manufactured agent orange and napalm for the US), I despair for the queer community's soul. https://t.co/qcp1eEdeXG

Perhaps these tweets are not justice for the aggrieved, but they are at least satisfyingly spicy.