Why newspapers should stop endorsing candidates

Ralph Northam, Democrat of Virginia, has cruised to a victory even though Virginia newspapers didn't endorse him 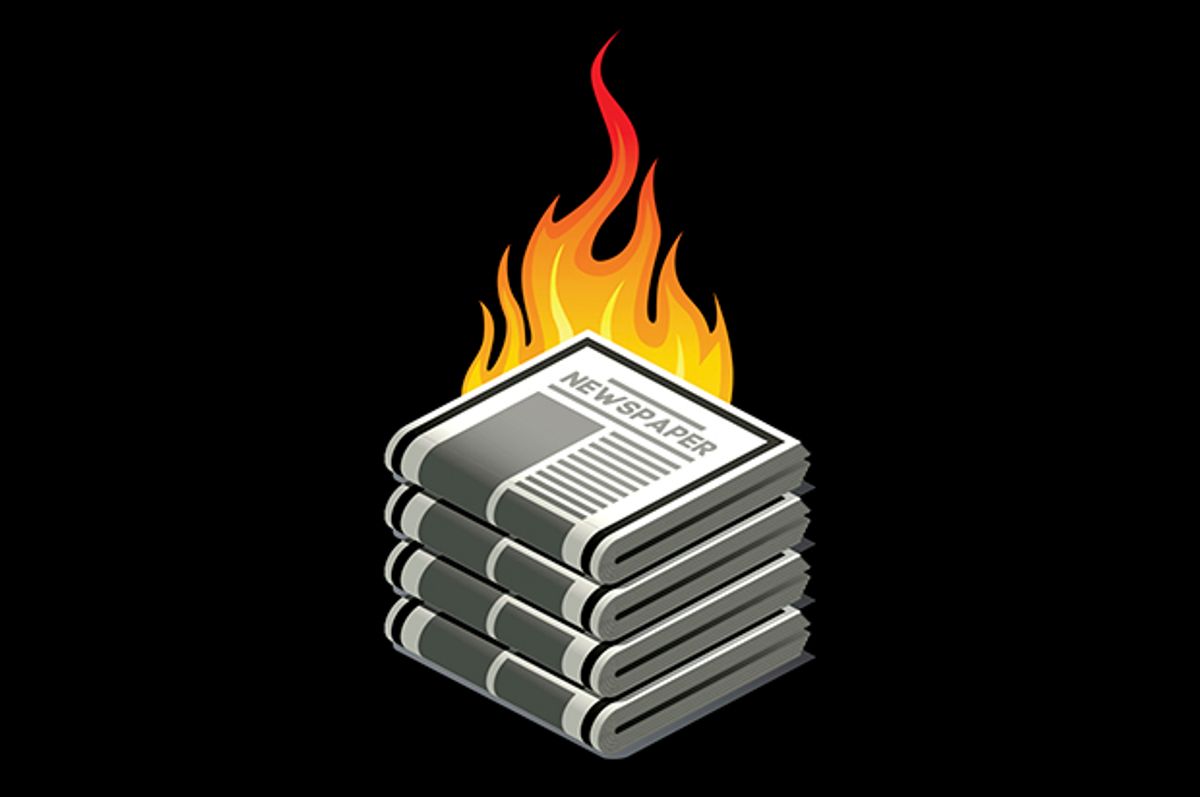 Ralph Northam, a folksy Democrat from the Eastern Shore, beat out Ed Gillespie, former chairman of the Republican National Committee, in Virginia’s heated gubernatorial race. Northam’s victory was remarkably comfortable. He won with 54 percent of the vote. His opponent, a Washington lobbyist who sought to distance himself from President Donald Trump, received 45 percent.

But you would have predicted just the opposite if you had been following newspaper endorsements in Virginia leading up to Election Day. I’m a journalism professor, so I was closely following the media’s engagement in this election.

And over the past month or so, I observed with interest as most of Virginia’s newspapers favored Gillespie over Northam, a pediatric neurologist who served six years as a Virginia state senator and four as the state’s lieutenant governor.

Who got it wrong

The Richmond Times-Dispatch, in an Oct. 27 editorial, for example, praised Gillespie for running “an energetic, inclusive, moderate-conservative, solutions-oriented campaign.” In a swipe at Northam, the paper said Gillespie “knows, unlike most Democrats, that more government spending is not the cure for all that ails society.”

One week later, in early November, the editorial board of the Daily Progress, Charlottesville’s local paper, opined that because Republicans also control Virginia’s General Assembly, “we believe Ed Gillespie has the best chance of leading Virginia to a brighter economic future.”

The editors of The Free Lance-Star in Fredericksburg agreed. “Unlike his Democratic rival, Lt. Gov. Ralph Northam, Gillespie is not in favor of expanding Medicaid,” they asserted just days before Northam would go on to win Virginia, a Republican stronghold turned swing state.

In the end, Northam received endorsements from only three newspapers: The Virginian-Pilot, in Norfolk, where he now lives; the Daily Press of nearby Newport News; and the Washington Post.

As Northam cruised to his nine-point victory over Gillespie, I couldn’t help but think that maybe it’s time for newspapers to stop telling their dwindling number of subscribers how to vote.

News organizations already have a credibility problem: Polls show that only 13 percent of Americans trust their local paper “a lot.”

And while journalists swear there’s a wall between the editorial staff that endorses candidates and the reporters who write the news, many readers are skeptical: They suspect that a newspaper’s endorsement influences what should be objective coverage.

In my opinion, getting out of the endorsement game would help newspapers regain trust, fend off charges of bias and show respect for the public’s decision-making abilities.

Some news organizations are starting to recognize this. In the runup to the gubernatorial election, the editorial board of the Martinsville Bulletin wrote that the newspaper wouldn’t be making endorsements in state or local races: “It’s not for a lack of interest. It’s that we truly do not feel it’s our job to tell any of you who to vote for.”

The Martinsville Bulletin, which serves communities along Virginia’s border with North Carolina, questioned the point of endorsements:

A person or organization announces who they support, with the implication everyone else should follow suit. We see that as tricky for a news organization, where the goal is to be objective. If we do a piece on candidate X, but we’ve endorsed candidate Y, how can you be expected to trust it?

That’s a valiant acknowledgment from a small-town paper, but newspaper endorsements – no matter their credibility or weight – won’t be easy to extirpate. They have a very long history in the United States.

During the presidential election of 1860, for example, the editorial page of The New York Times announced its support for “Mr. Lincoln, of Illinois, familiarly known as ‘Old Abe,’ age 51, height six feet seven, by profession Rail-Splitter.”

Abraham Lincoln won that election, of course. But overall, newspaper endorsements have had mixed results in influencing voters or forecasting election outcomes. Most papers, for instance, endorsed Hillary Clinton over Trump last fall – and were soundly repudiated at the polls.

It’s not just arrogant for newspapers to issue endorsements in elections – it may also be financially unwise.

Newspapers already face severe economic challenges as they lose readers – and thus advertising – to digital platforms. Readers turned off by an endorsement are likely to seek their news elsewhere. Digital outlets like Slate and BuzzFeed do not endorse candidates.

Indeed, in Virginia you could already see signs of readers’ rejection of this blatant display of politics in the media. In the comments reacting to the Richmond Times-Dispatch’s endorsement of Gillespie, one person wrote, “If the RTD thinks he is a wise choice, I now understand why the RTD is losing readership.”

Not the best move, in the end.
Screenshot, Richmond Times Dispatch

Many media experts believe that for newspapers to survive, they must position themselves as community forums – platforms for engaging the audience and fostering a dialogue. That means hosting a conversation, not delivering a lecture.

By forgoing endorsements, newspapers could better fulfill that role: They would be making a statement that news organizations provide impartial information – and readers should act on it as they see fit. Plus, if Virginia’s race is any indication, they’re not so great at the endorsement game, anyway.