Ryan's position aligned with other GOP members on Tuesday, when Ryan said Roy Moore should step aside 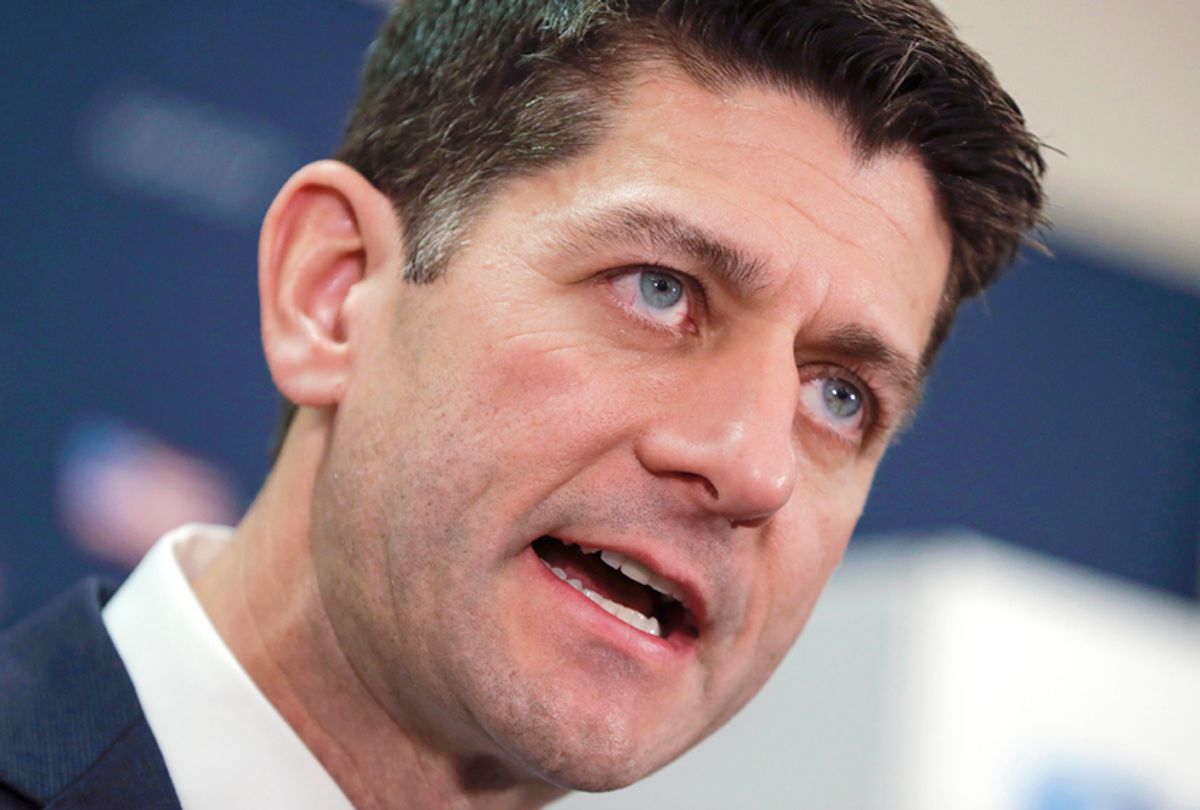 Speaker of the House Paul Ryan, R-Wis., said on Tuesday that the sexual harassment allegations levied against Alabama Senate candidate Roy Moore are "credible" and that he should step aside. The words represented the Republican leader's most firm position on the matter to date.

"No. 1: These allegations are credible. No. 2: If he cares about the values and the people he claims to care about, then he should step aside," Ryan said during a House GOP leadership press conference, according to the Huffington Post. His position aligned with that of Senate Majority Leader Mitch McConnell, R-Ky., and several other members of the GOP.

A total of five women have now openly accused Moore of either making unwanted sexual advances on them while they were teenagers or trying to date them, but Moore has explicitly denied the allegations in totality.

"The good people of Alabama, not the Washington elite who wallow in the swamp, will decide this election! #DitchMitch," Moore tweeted Tuesday afternoon.

The good people of Alabama, not the Washington elite who wallow in the swamp, will decide this election! #DitchMitch

Moore has also done a terrible job at defending himself over the accusations, even in easy and friendly interviews with Sean Hannity of Fox News.

During a hearing before the House Judiciary Committee, Attorney General Jeff Sessions, whose former senate seat Moore hopes to fill, said on Tuesday that he believed the women who had come forward with their allegations.

"I have no reason to doubt these young women," Sessions said, according to The Guardian.

When he was asked if the Department of Justice would investigate the case, Sessions said, "This kind of case would normally be a state case."

He added, "We will evaluate every case as to whether or not it should be investigated."