Football is religion in Louisiana, and player protests have sparked a schism 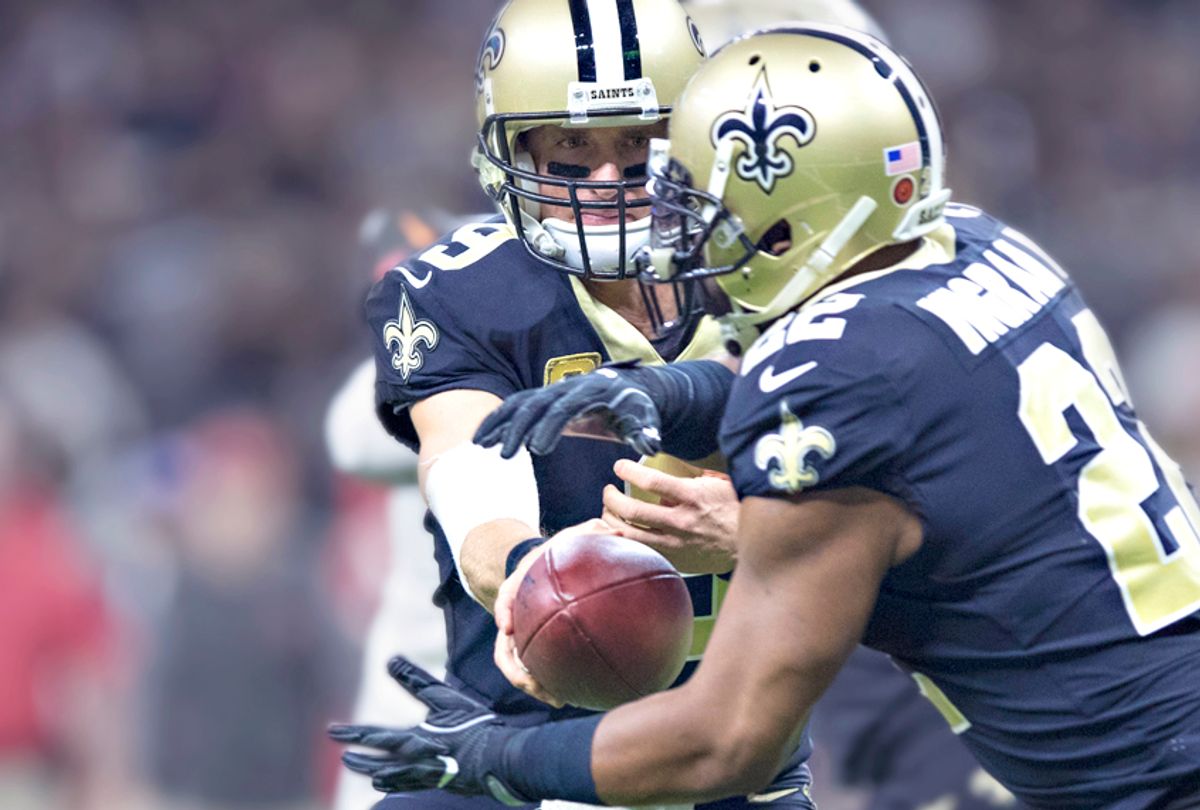 When it comes to football, Louisiana’s devotion borders on religious fanaticism.

But the state, in line with the rest of the union, has fissured along the national divide on whether players have the right to kneel during the national anthem in peaceful protest of police shootings of unarmed black men.

President Donald Trump has spoken out multiple times against this movement, calling team owners to fire players who knelt during the anthem. In response, players across the league have continued to kneel or sit, either before or during the anthem — including those in the Bayou State.

From the New Orleans Superdome to LSU’s Tiger Stadium in Baton Rouge, Louisiana football transcends demographics. Monday night games make friendly discussion for the rest of the week at cocktail parties, board meetings and grocery checkout lines. The sport dominates fall months. While late winter lends itself to Carnival season, spring to crawfish and summer to lethargy in the inundating, subtropical heat, the refreshing breeze of October brings full-fledged football fanaticism that, like Mardi Gras, hopes to bring together a racially and economically disparate state.

This season, however, hasn’t been so unifying. Fierce debate has spawned amongst government leaders across Louisiana. Many have been quicker and more outspoken than in the wake of other racially charged events, such as last May when news broke that the two police officers who fatally shot Alton Sterling in Baton Rouge would not be indicted.

The Alton Sterling case has been handed over for further review to Louisiana Attorney General Jeff Landry, who is one of many officials reacting publicly to the NFL protests. Landry, along with state lawmakers, has pushed to pull state funding from the New Orleans NFL team. State Rep. Kenny Havard (R) argued that citizens have a right to protest, but not at a “taxpayer-subsidized sporting event.”

Legislative review is not imminent but has inflamed those who support the players’ rights to protest, including state Rep. Ted James (D). “Y'all worried about Trump, I'm worried about my colleagues who believe as he believes,” James wrote on social media in response to Havard’s move to pull Saints funding. “I can't wait to get my hands on this damn bill!!!!! Not surprised we will have the discussion. DAMN, I wish we were in session now.”

Louisiana Gov. John Bel Edwards (D) disagreed with kneeling during the anthem but does not want to pull funding. He claimed to have spoken personally with the Saints about future protests. Meanwhile, Saints coach Sean Payton said he was “proud” of his players who protested before their first game of the season versus North Carolina and was not pleased with Trump’s comments. Saints Quarterback Drew Brees made clear before the London-held game versus the Miami Dolphins that his team would kneel prior to the anthem before standing for the actual anthem as a “way to show respect to all.” The state’s lieutenant governor reportedly plans to boycott all future games of his home team as long as the protests persist.

Meanwhile, some Louisiana high schools have threatened punishment — even as far as kicking players off the team — if the teenagers join the movement. In response, one high school’s players did not kneel at their next game but still linked arms.

NFL players native to Baton Rouge, where Alton Sterling was shot two summers ago, have spoken out. San Francisco 49ers Safety Eric Reid, the former LSU player who knelt with his quarterback usually during the movement’s early stages last year, published an opinion piece last week on how his Louisiana background influenced his decision. Other LSU alum, including Jacksonville Jaguars Running Back Leonard Fournette, have also kneeled.

College players have inevitably fallen into the debate as well. LSU Running Back Derrius Guice infuriated fans when he suggested on Twitter that he supported kneeling during the anthem. College teams tend to stay in the locker room during the anthem.

Louisiana’s Congressional delegation have also weighed in. This includes U.S. Rep. Clay Higgins (R), who recently released a response video. Higgins, atop his Harley Davidson in the clip, called the protests “sickening.”

“American professional football was pure, and real, and badass, and patriotic,” the U.S. lawmaker said. “It pisses me off.”

Others have responded through Facebook posts, such as U.S. Rep. Abraham (R). “Certainly these are divisive times,” Abraham wrote. “I get that, and I get that people have a right to protest. But the flag is about more than politics; it's about veterans like Villanueva who risked everything for this country. We should stand for the flag and the anthem because to not do so disrespects everything that our troops fought and died for.” And U.S. Rep. Steve Scalise, after a long recovery after being shot in the hip at a congressional baseball practice in Virginia last June, posted his return to Louisiana on Instagram. In it, surrounded by his family, he declared he was "proud to stand" for the national anthem at the LSU game.