Now ICE agents turn on Trump: Is nothing going right for this guy? 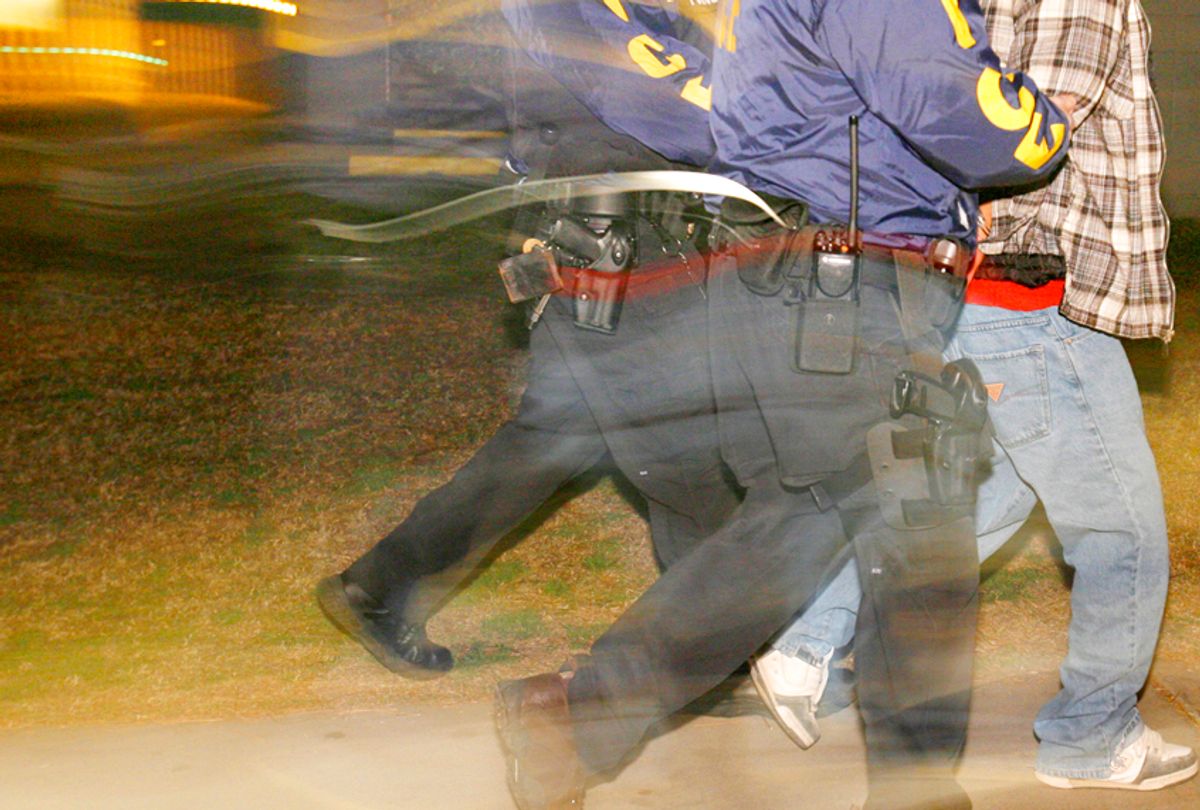 It may seem to most of us that the Trump administration is even more authoritarian than we expected. The president has embraced strongmen all over the globe and recently admitted that he would "love" to order the Justice Department to prosecute his former political opponent. Trump has taken an extremely hard line on immigration, with travel bans and wall prototypes and daily reports of border patrol agents clamping down hard on people who follow the procedures they have followed for years and suddenly find they are being deported.

It's hard to imagine that any hardcore "law and order" person would be disappointed in Trump's performance so far. But apparently the fine public servants at Immigration and Customs Enforcement believe he has let them down, bigly.

Recall that when Trump took office, ICE officers and the Border Patrol were ecstatic. The new president went to the CPAC conference and declared, "As we speak today, immigration officers are finding the gang members, the drug dealers and the criminal aliens and throwing them the hell out of our country. And we will not let them back in. They're not coming back in, folks. They do; they're going to have bigger problems than they ever dreamt of." The New York Times reported in a story headlined "Immigration Agents Discover New Freedom to Deport Under Trump" that immigration officers were finally able to have "fun" on the job since the president had "taken the shackles off":

[F]or those with ICE badges, perhaps the biggest change was the erasing of the Obama administration’s hierarchy of priorities, which forced agents to concentrate on deporting gang members and other violent and serious criminals, and mostly leave everyone else alone . . .

The article described agents as excited that they would be given the discretion and power to deport all undocumented workers. While there were some who anonymously dissented on practical and moral grounds, it was clear this was a federal police force that believed it had been given authority to fulfill its mission without any constraints from above. “The discretion has come back to us; it’s up to us to make decisions in the field,” a 15-year veteran in California said. “We’re trusted again.”

All of this happened under John Kelly's watch at Homeland Security, before he was moved up to the White House as chief of staff. He made it clear that he believed deporting undocumented workers in large numbers was "protecting" the nation. But word filtered out that veterans of the agency were not so happy with the cowboy attitude they were seeing. The New Yorker quoted one longtime agent saying, “I like predictability. I like being able to go into work and have faith in my senior managers and the Administration, and to know that, regardless of their political views, at the end of the day they’re going to do something that’s appropriate. I don’t feel that way anymore.”

Now the cowboys are upset too and they have created a website devoted to whining about how the agency has supposedly tied their hands and demanding that Trump remove Obama-era appointees they say are holding them back. The site is run by the National ICE Council, which represents some ICE officers and enthusiastically endorsed the president in 2016. It features hysterical stories from across the country with complaints that agents are having to follow rules which they believe hinder their ability to round up and deport immigrants.

According to the website, “ICE Officers grudgingly admit that the only President they ever endorsed hasn’t kept his word, and many officers now feel betrayed.” The leader of the Council, Chris Crain, wrote an open letter to the president, telling him that the members feel they've been "stabbed in the back."

It's four single-spaced pages of complaints (which is a mistake since we know that Trump does not read long reports) about various minutiae, including a long discussion about some ICE managers who "publicly shamed an ICE officer in the public parking lot of the sheriff's office where he worked." Crain requests that the president "issue a zero-tolerance policy that includes the immediate termination of any ICE supervisor who engages in a public shaming of ICE officers."

He complains about everything from vacation time to lack of tasers to one manager sending pictures of his genitals to a female employee. He claims to have spoken to Steve Bannon and Stephen Miller about all these issues, but now he expects the president to personally deal with them and requests to meet with him personally. It is quite a document.

Trump nominated the acting director of ICE, Tom Homan to be the permanent director. This is not going to go over well with Chris Crain, who repeatedly insults him in the open letter and whom the agents apparently hold responsible for giving Obama's "managers" authority that they apparently believe should belong to the field agents.

This website is bizarre, and the "open letter" to the president is downright nutty. But if it's true that the rank and file ICE officials are rebelling against their bosses, it's probably a good idea to take it seriously. Law enforcement agents always wield tremendous power and these deal with very vulnerable populations.

If there is a law enforcement agency that needs strong supervision, it's this one. The worried agent who spoke to The New Yorker pointed out, “We’re putting more people into that overburdened system just because we can. There’s just this school of thought that, well, we can do what we want.” Unfortunately, our president is the last person upon whom we can depend for sober, mature leadership in a situation like this. Let's hope no one ever prints out this letter or points him toward the website. He can only make things worse.