Roy Moore's lawyer offers a bizarre, racially-charged defense for his client on MSNBC 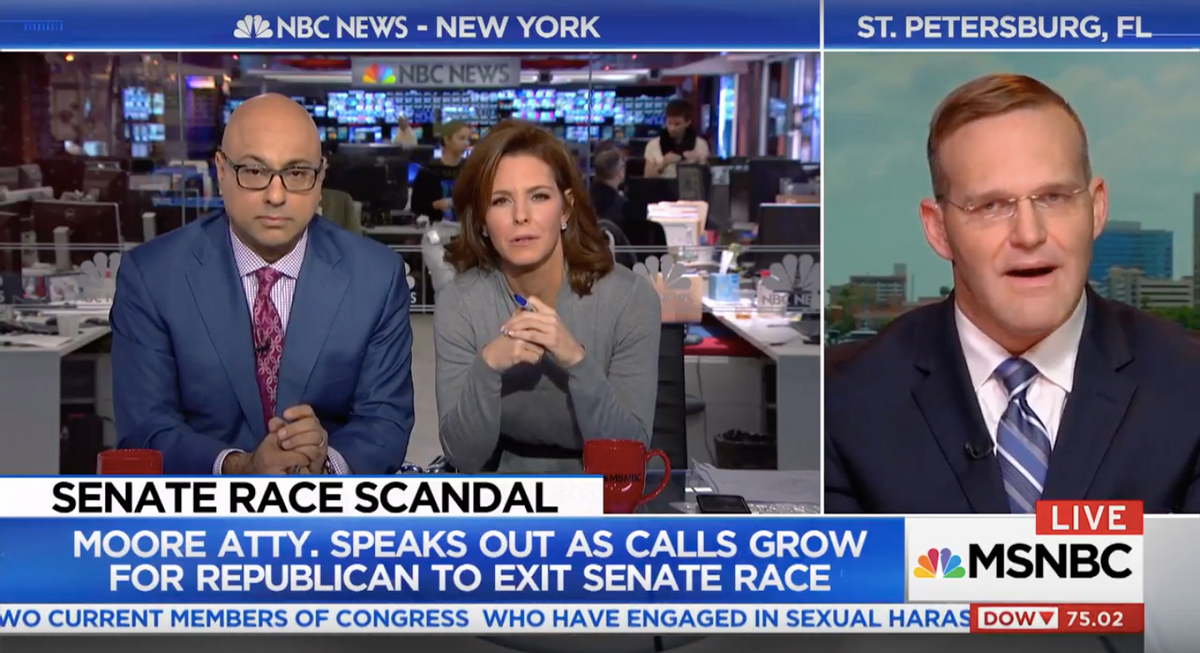 Roy Moore could not have found a better lawyer to defend him on TV.

Alabama attorney Trenton Garmon appeared on MSNBC Wednesday to defend allegations of sexual misconduct against Moore — much like his client's Senate candidacy, the interview went off the rails.

MSNBC anchors Ali Velshi and Stephanie Ruhle asked Garmon about one of the more serious charges, that Moore asked mothers' permission to date their teenage girls.

Instead of calling Moore a gentleman, Garmon brought up Velshi's "background."

“Culturally speaking, I would say there’s differences. I looked up Ali’s background there and, wow, that’s awesome that you have got such a diverse background. It’s really cool to read through that.”

Velshi, a Muslim, was born in Kenya and raised in Canada.

Taken aback by the comment, Ruhle demanded to know why Garmon was bringing up her co-hosts heritage.

“In other countries, there’s arrangement through parents for what we would refer to as consensual marriage,” Garmon explained.

“To answer your question: [Moore] said . . . his process would be — before he’d date anybody, whether they’re 25, 35, or whether he doesn’t know their age — he would ask the mother’s permission,” Garmon later said. “So there’s no inconsistency in that.”

Also in the interview, Garmon disclosed a settlement he had litigated with Gadsden Mall, the place where Moore cruised for teenage girls, according to reports from the Alabama News Group. It was not clear if Garmon was referring to a dispute that directly involved Moore.

"I was engaged in litigation with the Gadsden Mall and had a settlement, which is confidential. I'm intimately familiar with the procedures inside of Gadsden Mall," Garmon revealed. "And there, from what I have been told, has never been a list with Roy Moore banned from being at the mall. So they processed that out, and they determined: no, whatever it is that someone has said has made them uncomfortable, we don't find it worthy to put them on a list."

Garmon is the same lawyer who sent a letter to The Washington Post and a local Alabama news station, threatening legal action as a result of the story. The letter was littered with spelling errors and in no way amounted to a serious legal threat.

For a Senate candidate who was booted from the court twice for defying the rule of law and the Constitution, it appears Moore found an attorney in Garmon who is the perfect representation for him.