Trump's judicial picks are so ludicrous, he may just be trolling us

Who you gonna call? Trump trolls liberals by appointing a ghostbuster, and one with an obvious ethical conflict 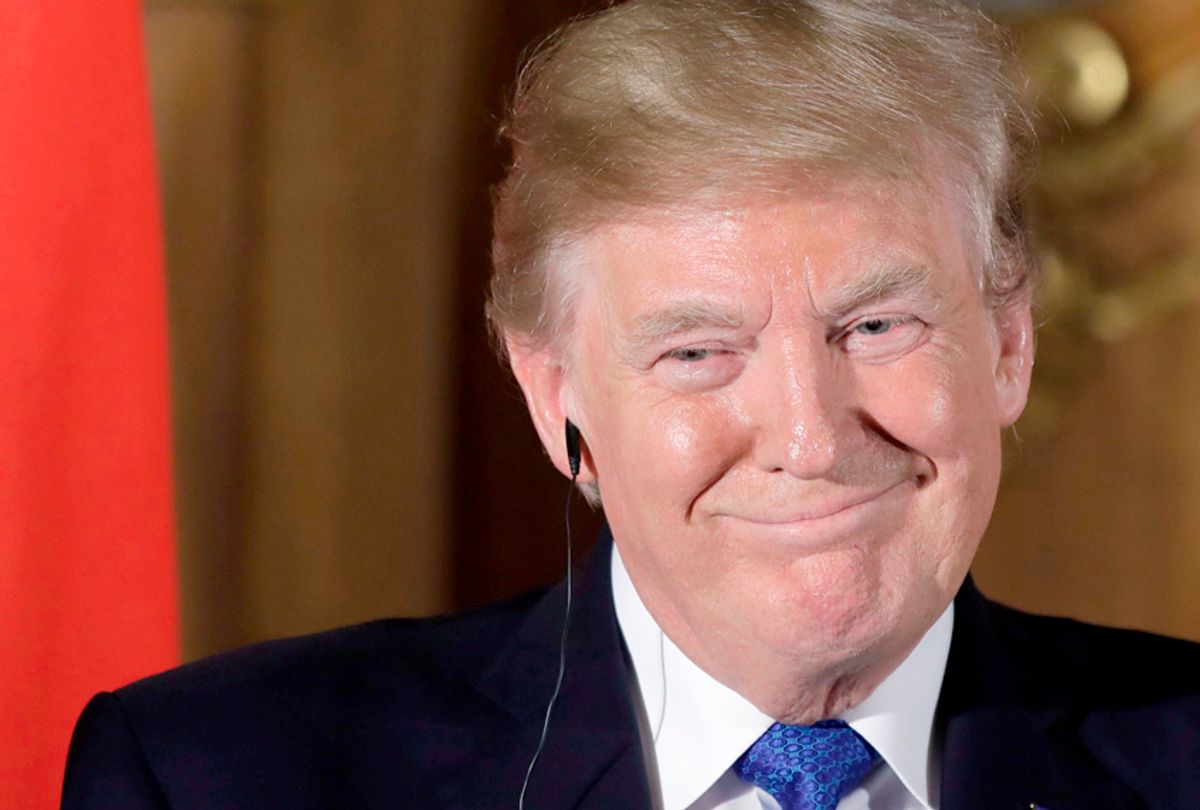 It's no surprise that the biggest trolls on the internet worship Donald Trump, because electing him to be the actual president of the actual United States was the ultimate act of right-wing trolling. How better to show your contempt for liberal values like equality and fairness than electing a singularly unqualified, vulgar and ignorant guy, just to stop a woman from being president?

The era when conservatives even pretend to care about things like hard work, merit or even basic competence is effectively over. They're not even trying to hide that being white and conservative and (preferably) male counts for more than intelligence, decency and work ethic ever could.

Under the circumstances, it's hard not to suspect that some of Trump's judicial nominees are being selected based on a similar basis: because of their ability to troll liberals just by existing. Trump seems, in some cases, to pick people whose utter lack of qualifications is their qualification. One after another, these nominees seem almost deliberately chosen to signal that cronyism and white male privilege are the most important criteria.

As evidence, I offer Brett J. Talley, a man who has been nominated to serve as a federal district judge in Montgomery, Alabama. It's a pick that suggests Trump is testing Roy Moore's state, to find out if its voters will continue their almost slavish support even as he insults their intelligence by sending this guy to be a judge. Talley has never tried a case and was rated as unqualified by the American Bar Association, something that almost never happens — or at least had almost never happened until Trump started choosing judges.

Now more information has come out about Talley that makes his pick even more inappropriate, if such a mealy-mouthed word should even be used in this case. It turns out he's married to a White House lawyer, a conflict of interest he failed to disclose on his Senate questionnaire, even though she is presumably someone he sees on a daily basis and therefore would be unlikely to forget about. And because no story about the Trump era is complete until it goes off the deep end into goofball territory, the Daily Beast reports that Talley was an avid ghost-hunter who participated in the Tuscaloosa Paranormal Research Group and has written books about the spooks he claims to have encountered. Unfortunately for all of us, he has been nominated to preside over cases involving the living rather than the restless spirits of the dead.

Talley is just one of the four judicial nominees picked by Trump in his first nine months in office who have been declared "not qualified" by the American Bar Association. This is unprecedented. As the Washington Post reported, since the ABA started evaluating candidates in 1989, George H.W. Bush, Bill Clinton and Barack Obama nominated exactly zero judges that the lawyer's group deemed unfit for the bench. George W. Bush picked a few ABA rejects, but nowhere near Trump's impressive ratio.

These ratings are nothing to sniff at. As Pam Bresnahan, chair of the ABA's standing committee on the federal judiciary, wrote in a letter to the Senate, an evaluator assigned by the committee "personally conducts extensive confidential interviews with a broad spectrum of individuals who are in a position to evaluate the nominee's professional qualifications and also examines the writings of the candidate" to determine "intellectual capacity, judgment, writing and analytical ability, industry, knowledge of the law, professional experience, character, integrity, open-mindedness, freedom from bias, compassion and general reputation in the legal community."

Frighteningly, as I wrote about last week, one of these nominees, Steven Grasz — who got a unanimous thumbs-down from the ABA panel — has been picked to be a circuit court judge. Circuit courts have immense power in the federal system: Only Supreme Court decisions outrank theirs. In the ABA evaluation of Grasz, as Bresnahan explained, "professional peers" indicated concerns that he puts his right-wing political views ahead of the law -- and is "gratuitously rude" to boot.

It takes a lot to be so noxious that the ABA will confer this kind of rating. For instance, Trump nominee Jeff Mateer, an appalling bully who says trans children are part of "Satan's plan" and has suggested that same-sex marriage will lead to "people marrying their pets," still got a "qualified" rating, though some members of the panel expressed reservations.

Two of Trump's other district judge nominations, Charles Goodwin and Holly Lou Teeter, also received not-qualified ratings. Part of the issue here is that Trump has decided not to submit his picks to ABA review before a formal nomination, something that has only been done before by George W. Bush.

It's a symbol of the tribalism of the right, and conservatives' increasing hostility to anyone perceived as not belonging to their tribe. Trump promised during the campaign that he would simply let the far-right Federalist Society pick his nominees for him, and that appears to be exactly what he's doing. Just as conservatives have opted out of mainstream media, turning instead to Fox News and even more truth-hostile outlets like Breitbart, they're turning away from mainstream professional organizations and other gatekeepers who seek to maintain a level of proficiency and competence that is seen as inherently threatening to the conservative agenda. If anything, Trump's judges suggest that he's thumbing his nose at the very idea of fitness and competence, just to show he can.