After giving the embattled Senate candidate 24 hours to dispel allegations of sexual assault, Hannity backed off 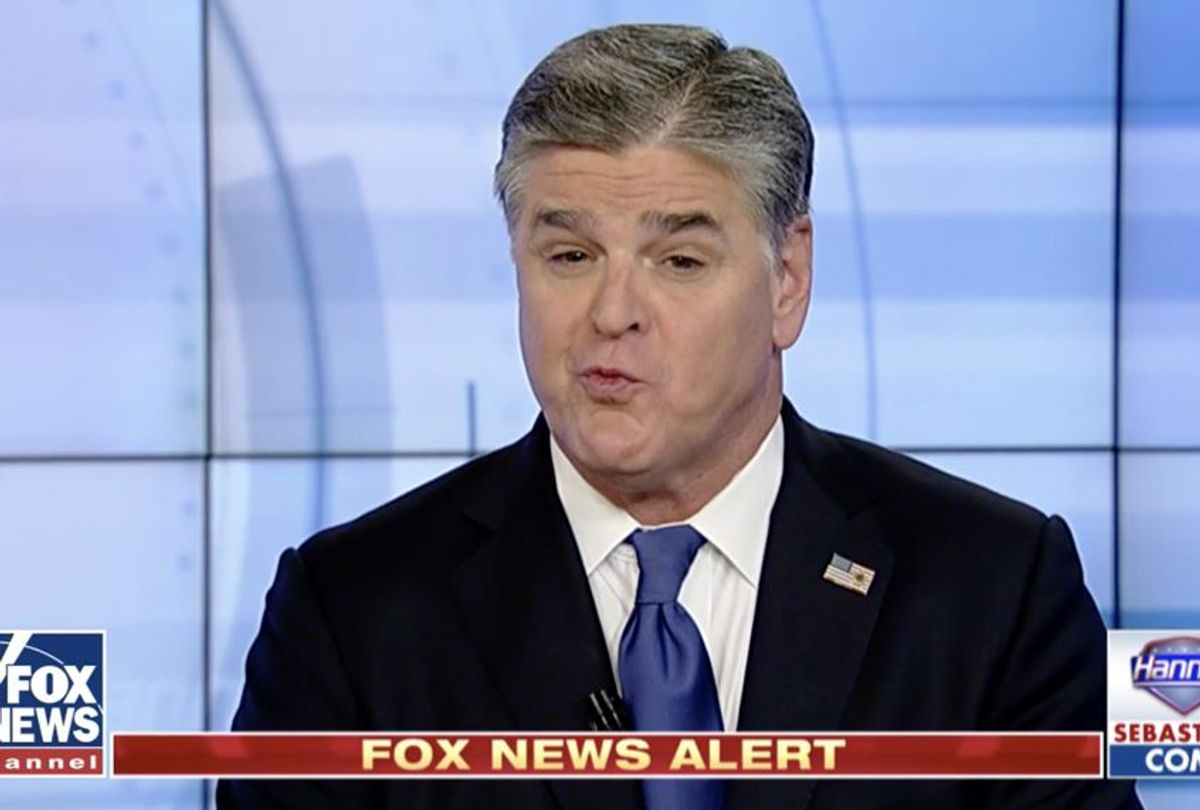 Fox News host Sean Hannity failed to deliver on his ultimatum to Alabama Senate candidate Roy Moore — namely, that Moore "remove any doubt" regarding the sexual assault allegations against him or else leave the race.

On Wednesday night, Hannity told his viewers that the question of whether Moore ought to be elected "shouldn’t be decided by me," in a program in which fellow Fox News personality Geraldo Rivera said, "I think that Roy Moore’s fate lies in your hands." Hannity also read aloud a letter that Moore wrote him regarding the ongoing controversy.

"I am suffering the same treatment other Republicans have had to endure," Moore wrote to Hannity.

After describing various controversies from his career that he argued had caused the media to develop hostility toward him, Moore claimed: "we are in the process of investigating these false allegations to determine their origin and motivation." He claimed that one of the accusers, Beverly Young Nelson, had been a party in a divorce action before him in 1999. He also insisted that the signature Nelson showed in his yearbook description was so different that "I believe tampering has occurred" and argued that, because the accusations hadn't come out previously in his career, they were suspect at the present.

"I adamantly deny the allegations of Leigh Corfman and Beverly Nelson, did not date underage girls, and have taken steps to begin a civil action for defamation," Moore concluded, adding that he would not elaborate further at the advice of his legal counsel.