The magazine that inspired Rolling Stone

‘When you look back on it, where else would those articles appear? The Saturday Evening Post?’ 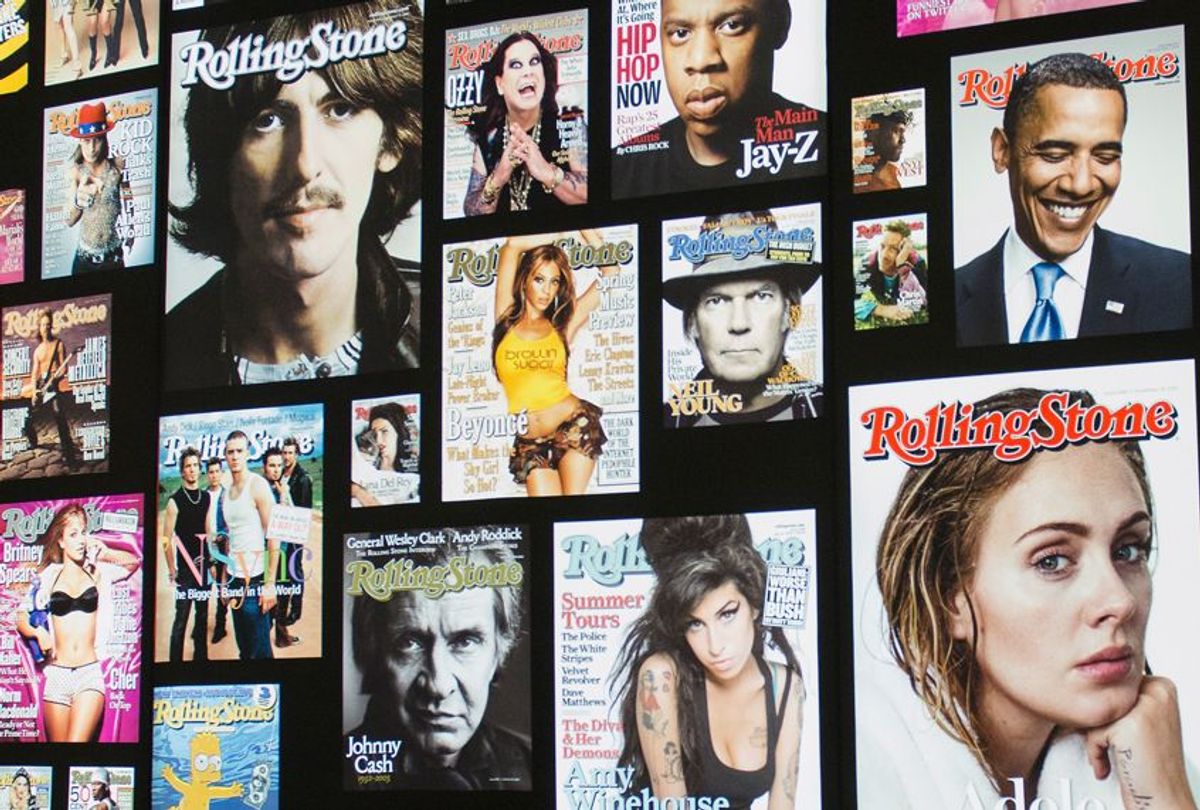 The 50th anniversary of Rolling Stone magazine has arrived, and not without fanfare. Joe Hagan’s biography of co-founder Jann Wenner appeared in October to stellar reviews, and earlier this month, HBO aired Alex Gibney’s documentary film about the magazine’s history. Wenner’s announcement that he was planning to sell his company’s stake in Rolling Stone also prompted a flurry of retrospective tributes.

Conceived during the Summer of Love in 1967, Rolling Stone was always a creature of the San Francisco counterculture. From the outset, the magazine touted Jefferson Airplane, the Grateful Dead and other San Francisco bands. Well before that, co-founder Ralph J. Gleason was featuring the Haight-Ashbury’s vibrant music scene in his San Francisco Chronicle column.

But Rolling Stone’s identity can also be traced to two other sources: Berkeley’s culture of dissent and Ramparts magazine, the legendary San Francisco muckraker.

The Berkeley influence was strong and direct. The magazine’s early staff writers were steeped in Berkeley’s ardent campus activism, and their views on politics, drugs and music informed the magazine’s coverage. Wenner wrote a music column for the student newspaper and covered the free speech movement for a local radio station. Even more significant for Wenner, perhaps, was the example of Gleason, who combined an impressive body of music criticism with public support for student activists. Wenner spent hours at Gleason’s Berkeley home, soaking up his insights on music and journalism.

Rolling Stone’s Berkeley roots were important, but the Ramparts influence ran even deeper. Ramparts was by no means a hippie magazine, but its rebellious spirit, flair for publicity and professional design would all leave their mark on Wenner and Gleason’s fledgling magazine.

A bomb in every issue

Founded in 1962 as a Catholic literary quarterly, Ramparts initially ran articles by Thomas Merton, John Howard Griffin and other Catholic intellectuals. But when a young Warren Hinckle became editor in 1964, he converted Ramparts into a monthly, shifted its focus to politics and hired Dugald Stermer as art director.

Hinckle also recruited Robert Scheer, a former graduate student at UC Berkeley’s Center for Chinese Studies, to write about the U.S. involvement in Vietnam. Scheer and his colleagues challenged U.S. government pronouncements about the war and routinely lampooned the mainstream media’s Vietnam coverage.

A Ramparts photo-essay, “The Children of Vietnam,” persuaded Dr. Martin Luther King Jr. to speak out against the war, and the title of a Time magazine article about Ramparts, “A Bomb in Every Issue,” described the muckraker’s explosive impact. In 1966, Ramparts earned the George Polk Award for excellence in magazine journalism, and its circulation climbed to almost 250,000.

Ramparts also became a seedbed for Rolling Stone. Gleason, who was a contributing editor at Ramparts, secured a job for Wenner at the magazine’s spinoff newspaper, the Sunday Ramparts. While there, Wenner picked up layout ideas from Stermer and encountered the work of Hunter S. Thompson, whose bestselling book about the Hells Angels appeared in 1967. Wenner also learned the value of showmanship from the free-spending Hinckle, who frequently echoed playwright George M. Cohan’s motto “Whatever you do, kid, always serve it with a little dressing.”

Ironically, Hinckle played an indirect role in the creation of Rolling Stone. Gleason had planned to write about the Summer of Love at Ramparts, but Hinckle ran his own cover article, “A Social History of the Hippies,” in the March 1967 issue without informing him. A furious Gleason resigned from the magazine, and Wenner lost his job when Hinckle shut down the Sunday Ramparts. That summer, the two men began working on their own publication. By alienating Gleason, laying off Wenner and demonstrating that a “radical slick” had broad appeal, Hinckle cleared the way for Rolling Stone.

Despite reaching a broad audience, Ramparts never stabilized its finances. After running through two private fortunes, it filed for bankruptcy in 1969. Hinckle left to start Scanlan’s Monthly, where he paired Thompson with illustrator Ralph Steadman to cover the Kentucky Derby; that article is now considered the first example of gonzo journalism.

The voice of its generation

Rolling Stone’s first issue appeared in November 1967, but the magazine didn’t come into its own until 1969.

In December of that year, the notorious Altamont free concert devolved into lethal chaos. Several Rolling Stone staff writers witnessed the mayhem, much of which was attributed to Hells Angels, but other media outlets missed the story. Gleason insisted that the magazine cover Altamont as if it were World War II, and its “Let It Bleed” issue landed Rolling Stone a National Magazine Award for Specialized Journalism.

Having established itself as “the voice of its generation,” Rolling Stone continued its ascent. After Scanlan’s tanked in 1971, Wenner recruited Thompson and Steadman, published their most notable work, and turned Thompson into a cultural celebrity. Wenner also hired Annie Liebovitz as the magazine’s chief photographer in 1973.

Gleason died of a heart attack in 1975, the same year Ramparts closed its doors for good. Two years later, Rolling Stone decamped for New York City. Although Rolling Stone’s reputation waxed and waned for decades, it retained its ability to break big stories. In 2008, staff writer Matt Taibbi’s political commentary earned Rolling Stone a National Magazine Award, and his 2010 takedown of Goldman Sachs rattled Wall Street. Since then, the magazine has collected two Polk Awards for stories on the U.S. occupation of Afghanistan.

Rolling Stone’s overall record is decidedly mixed. (Consider, for example, its misbegotten account of rape culture at the University of Virginia, which appeared in 2014.) But as one Ramparts staff writer observed after that magazine perished, “When you look back on it, where else would those articles appear? The Saturday Evening Post?”

So it is with Rolling Stone: No other rock magazine could have matched its coverage of the Manson family or the Patty Hearst saga. For all its flaws, Rolling Stone accomplished a rare feat. Like Ramparts, it created a distinctive niche in the national media ecology; unlike its precursor, it maintained that niche for five decades.