Donald Trump wants to let elephant hunters bring trophies to the U.S. to "conserve the species" 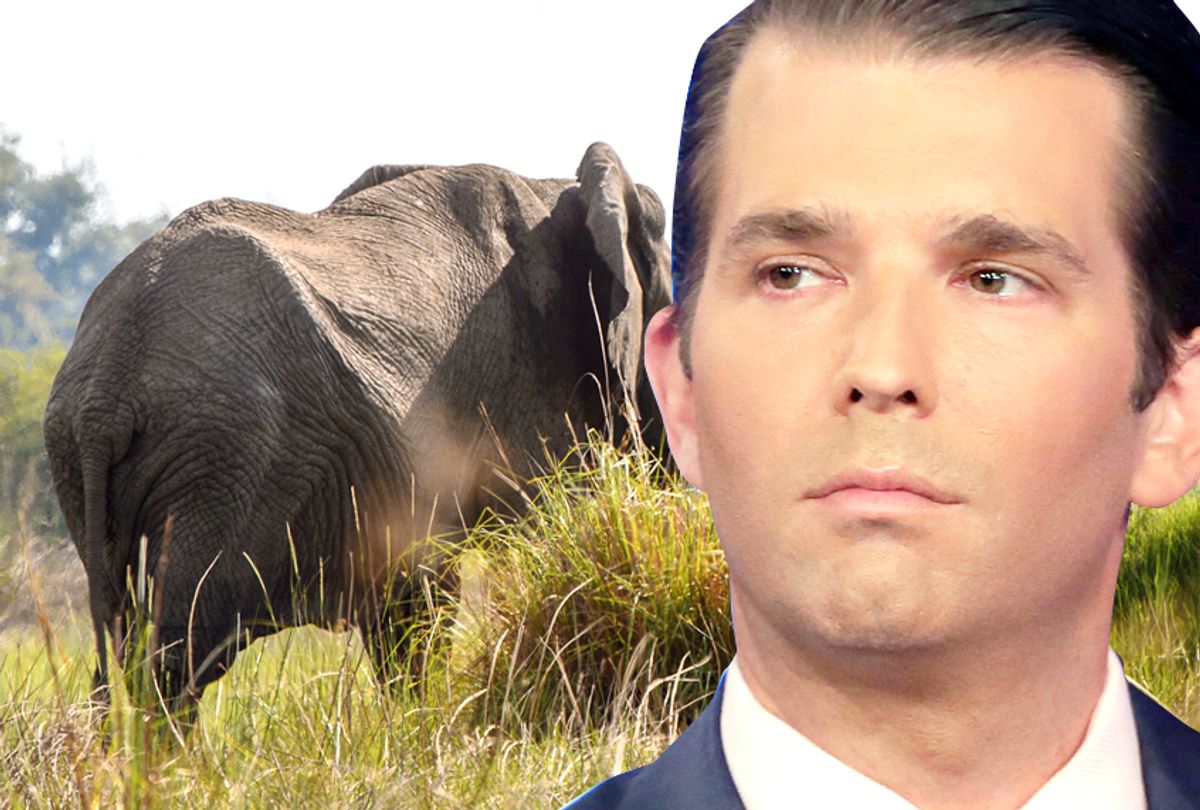 President Donald Trump's administration is going to allow the import of elephant trophies from Zambia and Zimbabwe, reversing a policy implemented by President Barack Obama in 2014.

A spokesperson for the U.S. Fish and Wildlife Service claimed the Trump administration's decision is motivated by a desire to put "much-needed revenue back into conservation." Under the relaxed restrictions, hunters who killed elephants between Jan. 21, 2016 and Dec. 31, 2018, can now apply to bring their trophies back to the U.S.

The wild elephant population globally dropped by 30 percent between 2007 and 2014, according to CNN. As of last year, there were only 350,000 elephants left in the wild, and elephants are widely regarded as an endangered species.

“Some of my best memories are hunting and fishing with my dad and granddad, and then later teaching my own kids to hunt and fish. That's something I want more families to experience,” Zinke said in a September statement in which he announced that the arcade game Big Buck Hunter would be temporarily installed in the department’s headquarters.

But conservationists are crying foul.

"Under the prior administration, FWS made the eminently reasonable decision that Zimbabwe – one of the most corrupt countries on earth – was not managing its elephant population in a sustainable manner," Wayne Pacelle, president and CEO of The Humane Society of the United States, wrote on his blog. "Government officials allegedly have been involved in both poaching of elephants and illegal export of ivory tusks. Zimbabwean President Robert Mugabe even celebrated his birthday last year by feasting on an elephant."

The move to relax restrictions has even upset some of Trump's most ardent supporters:

By contrast, the National Rifle Association's Institute for Legislative Action celebrated the decision with similar rhetoric to that being used by the Trump administration itself.

"By lifting the import ban on elephant trophies in Zimbabwe and Zambia the Trump Administration underscored, once again, the importance of sound scientific wildlife management and regulated hunting to the survival and enhancement of game species in this country and worldwide," said Chris Cox, executive director of the National Rifle Association’s Institute for Legislative Action.

Adding to the controversy is the fact that Trump's own sons, Donald Jr. and Eric, are notorious big game hunters themselves. Back in 2012, Gothamist posted a photograph of Trump Jr. holding an elephant's tail and a knife, presumably after slaughtering an elephant during a big game hunt.

Donald Trump Jr. with an Elephant tail and knife in his hand, barbaric or game? 😞 via @TMZ pic.twitter.com/fCBjAACTGC