Female artists are constantly pitted against each other in the genre. Here's why rap needs a change 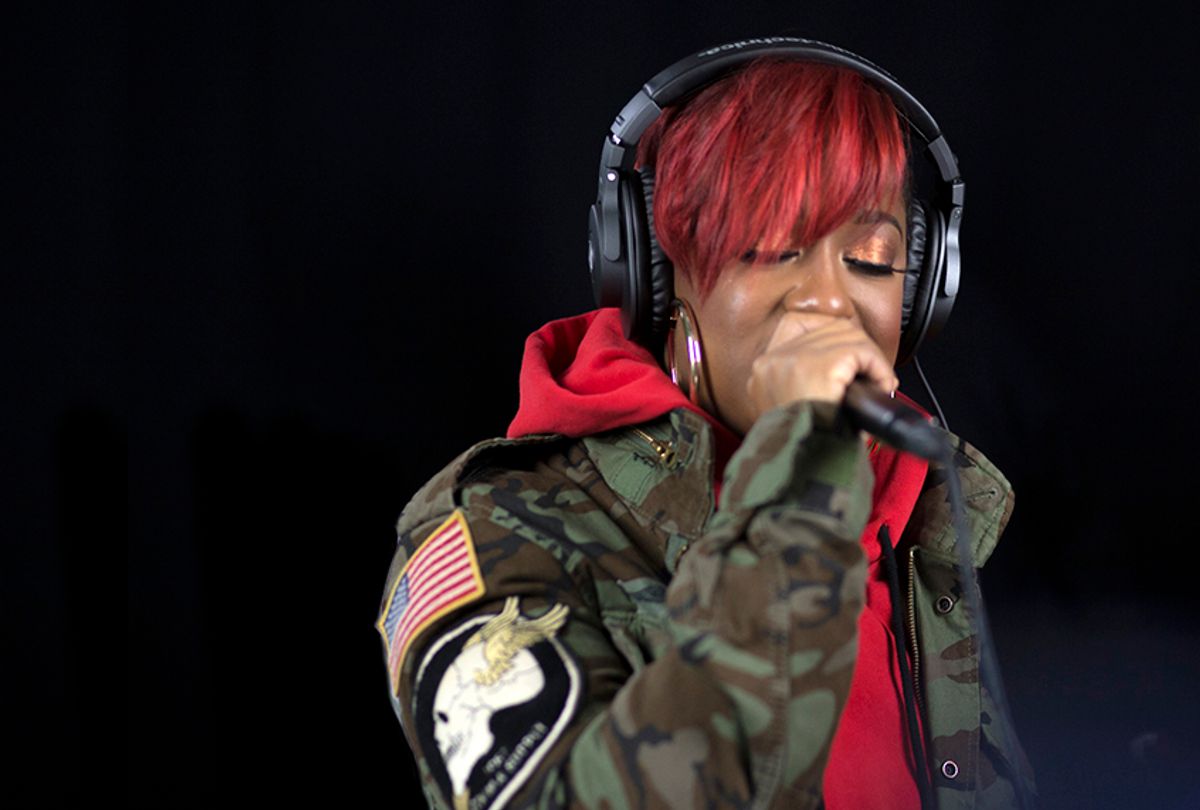 "It seems like we're the scapegoats, we're to blame for all of America's problems," Rapsody said of "America's love/hate relationship with hip-hop," after an exclusive performance on "Salon Stage."

Rapsody is a force in the hip-hop world and recently dropped her new album "Laila's Wisdom" to critical acclaim. She was the only feature artist on Kendrick Lamar's "To Pimp a Butterfly" in 2015 and has received props and praise from many heavyweights in the industry, including Jay-Z.

Rapsody performed the song "Pay Up" from "Laila's Wisdom" on "Salon Stage" and discussed the blame hip-hop often bears, women in hip-hop, and an artist's responsibility to confront the political landscape.

"If we're talking about guns, violence, sex, misogyny, it's all pointed back to hip-hop," Rapsody said. "When in reality, hip-hop is just a reflection of what's going on in American society. It takes the mirror and holds it back up, it's like 'this is you.'"

She also reflected on the double standard in hip-hop where "guys can compete and all be considered greats," but when it comes to women, artists are constantly compared and forced to compete against each other. Rapsody wants that to change. "It's important for people to see that, especially black women, that we get along," she said. "It's important for young girls to see that." Further, being a woman in hip-hop can be many things, and "comes in different sizes, styles, shapes, colors," she said.

Watch the interview above for more on equality in hip-hop and watch the full "Salon Stage" performance on Facebook.