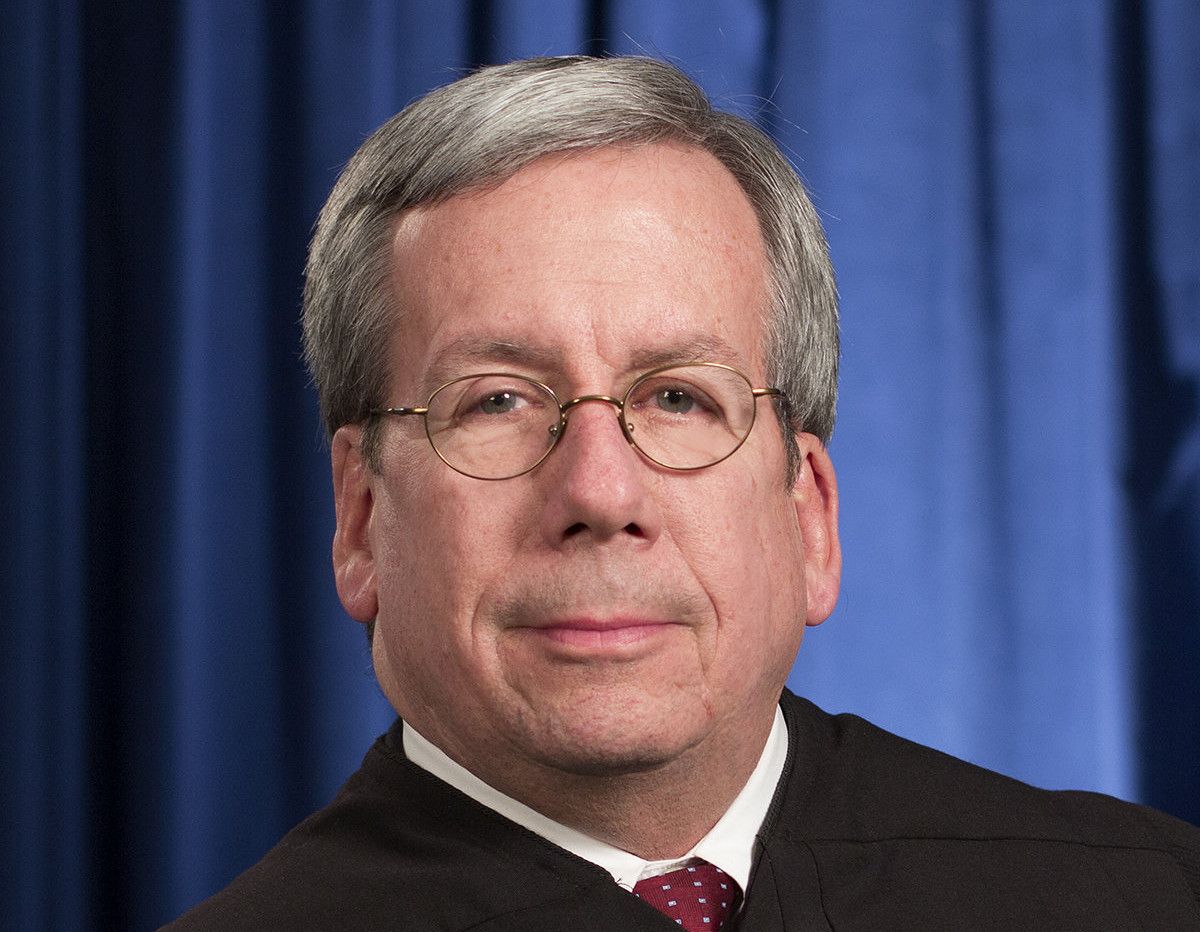 In what could only be considered a political suicide note, Bill O’Neill, a Democratic candidate running to be governor of Ohio took to Facebook to boast of his self-described sexual conquests in an effort to “speak up on behalf of all heterosexual males.”

“I am sooooo disappointed by this national feeding frenzy about sexual indiscretions decades ago,” he wrote, claiming that his post would “save my opponents some research time.”

O’Neill, a judge on the state’s supreme court, appeared to be reacting to the recent disclosure that Minnesota Sen. Al Franken, a fellow Democrat, had groped a radio host while the two were on a USO tour.

“Now that the dogs of war are calling for the head of Senator Al Franken I believe it is time to speak up on behalf of all heterosexual males,” he wrote.

“In the last 50 years I was sexually intimate with approximately 50 very attractive females,” O’Neill continued. He then described two alleged encounters, one with a secretary to a former Ohio U.S. senator and another with a woman he claimed was a “senior adviser” to the late Peter Lewis, an insurance magnate who was also a large Democratic donor.

O’Neill ended his rant with a plea to “get back to discussing legalizing marijuana.”

David Pepper, the chair of the Ohio Democratic Party strongly criticized O’Neill’s “terrible post” via a Twitter statement of his own.

“We’re having a serious national conversation about rape culture and sexual harassment, and it’s crucial for men to take time to listen to women and consider their experiences and insights,” he wrote.

“Justice O’Neill’s Facebook comments both dehumanize women and do nothing but trivialize this important conversation, which is actually about harassment and abuse, not encounters between consenting adults,” Pepper added.

Nan Whaley, the mayor of Dayton, Ohio, called for O’Neill to resign.

“Sexual harassment, degrading and devaluing women is not a joke,” she wrote on Twitter. “Justice O’Neill should resign.”

In an interview with Cleveland.com, O’Neill confirmed that he wrote the Facebook post. He also defended Franken as well as Alabama Republican Senate candidate Roy Moore, who is facing allegations from seven women, including one who said she was 14 years old when Moore molested her.

Despite calling Moore “a challenged individual when it comes to morality," O'Neill said that Moore had “been convicted of nothing and he's never had the opportunity to defend himself and that violates due process in America.”

O’Neill lashed out at journalists whom he said were exercising undue influence on politics by scrutinizing Moore’s background. “The media is about to determine the election of a United States Senate campaign.”

Moore and his supporters have made similar remarks on many occasions. On Friday, Kayla Moore, the disgraced former Alabama judge’s wife, claimed that journalists “print whatever anyone says without checking to see if it is correct.” 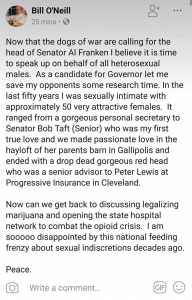