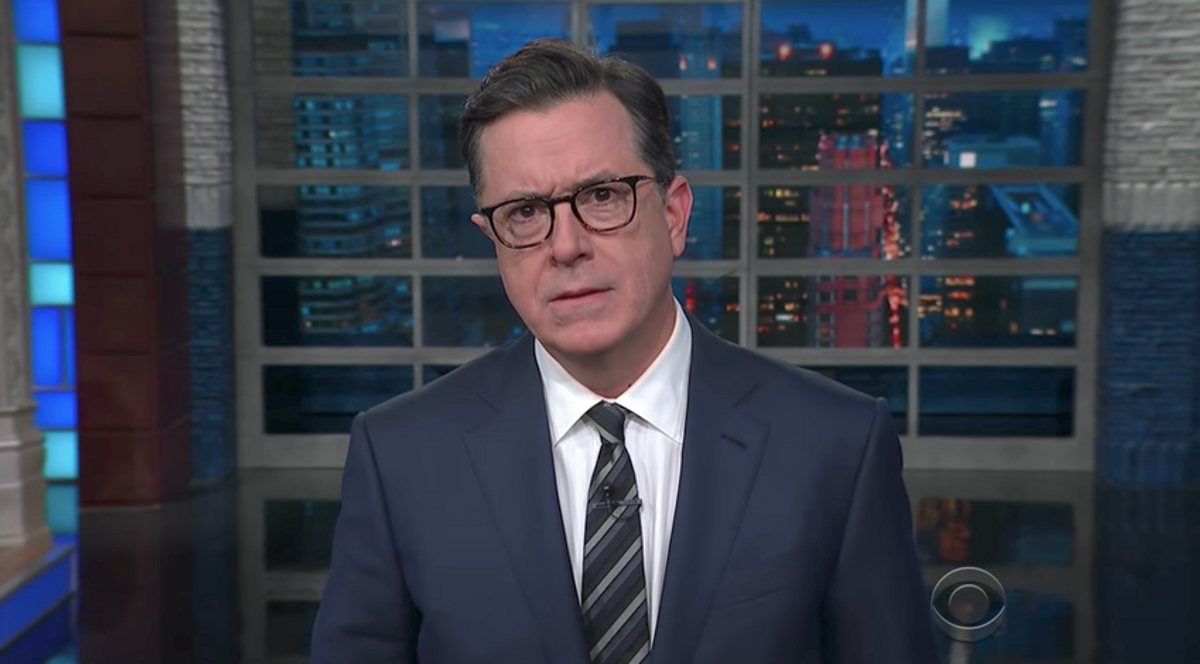 On Thursday night's "Late Show" Stephen Colbert talked about how sexual harassment is a bipartisan issue, and pointed out that as of late, it seems like every day a new scandal is unveiled.

Colbert acknowledged the accusations made against Sen. Al Franken, D-Minn., on Thursday and said that "as a fellow comedian, I long admired Al Franken."

"But I gotta say this does not bode well," Colbert said. "For Louis C.K.'s Senate hopes."

Colbert showed the audience the picture of Franken appearing to grope his accuser, Leeann Tweeden, in 2006 and said, "Oh boy, that is admissible evidence."

The late-night comedian ripped Franken's first apology in which the senator said in regards to the picture, that he "intended to be funny, but wasn't" and that he "shouldn't have done it."

Colbert continued and pivoted to Alabama Senate candidate "and man who buys his wardrobe at Party City," Roy Moore who has been accused of sexually preying on young teenage girls while he was in his 30's.

Moore was banned from his local mall years ago, and his behavior was allegedly so out of control that Sears employees were told to "watch out" for him and stay away from him.

In one alleged incident, Moore asked a high school student where her school was and attempted to get her phone number, but she refused. Days later the girl was summoned to the principal's office and told she had a phone call waiting for her — it was Moore.

Moore asked the girl what she was doing and she replied that she was "in trig class."