Leeann Tweeden: Al Franken "thought he could get away with it"

The news host has accepted the senator's apology, but she fears there are other victims 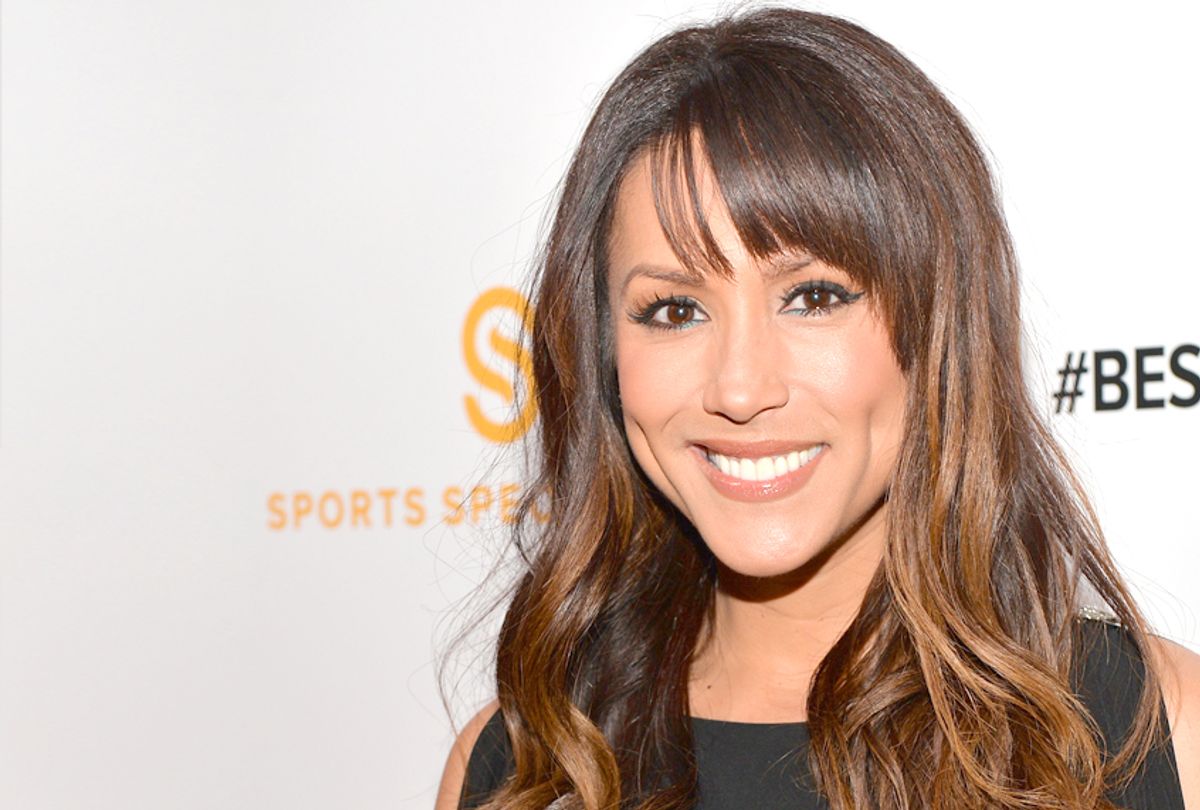 Leeann Tweeden elaborated on her allegations of sexual misconduct against Sen. Al Franken, D-Minn., during a press conference on Thursday afternoon, accepting the apology he had released just moments before. While the news and radio host did not call for the senator's resignation, she expressed her anger at him in sharp terms.

Thursday morning, Tweeden wrote an editorial accusing Franken of kissing her without consent, as well as groping her while she was asleep during a flight returning from a 2006 USO tour, providing a photograph of the incident. Franken has since apologized for the moment captured in the photograph, but claims he does not remember the kissing as she describes it.

Regardless of this difference in their memories, Tweeden said during the press conference that she still accepted his apology. "There's no reason why I shouldn't accept his apology. Sure," she said. "People make mistakes."

She then added that she is not, unlike many online and some publications, demanding the two-term senator resign. "I'm not calling for him to step down," she said. "That's not my place to say that. If there are other people who come out and say he's done this, I don't know."

"People make mistakes," Leeann Tweeden says of Sen. Al Franken. "I'm not calling for him to step down." https://t.co/trFWvB71oN pic.twitter.com/x0UJeoG7Kh

Tweeden's position on a possible Senate investigation is similar. "The ethics investigation — if that's what Mitch McConnell wants to do — I'm not calling for that . . .  I'm not demanding any of that," Tweeden said.

Senate Majority Leader Mitch McConnell, R-Ky., has already called for just such an investigation, a demand accepted by Senate Minority Leader Chuck Schumer, D-N.Y. Franken said he would cooperate with one, in his apology.

As to why she stepped forward now, Tweeden said, "I really do think the tide has turned," adding, "really, I'm doing it now because it's different."

On top of the groping captured in the photograph, Tweeden has alleged that Franken, who was a comedian at the time and not in the Senate, also kissed her and "aggressively stuck his tongue in my mouth" during a comedy skit for the troops that he had written.

Speaking in an interview with KTTV, she elaborated. "He came at me, and before I even knew it," she said, "he put his hand on the back of my head and came towards me and mashed my face against my mouth and stuck his tongue in my mouth . . . I sort of pushed him back and I said, 'Don't ever do that to me again.' I was so angry and I walked out of there."

She added, "I wanted to come out with the story when I got home 10 years ago, and I was discouraged from doing that, and I thought it would hurt my career." Tweeden said that her then-boyfriend, who is now her husband and the father of her children, told her at the time that coming forward was "probably not a good thing."

"Back then, even though you're the victim, it's all going to come down on you. I was going to look like the bad girl; I was the model — I was the swimsuit model before I got into television."

Tweeden added that "everything's different" in the wake of women stepping forward with allegations against Hollywood producer Harvey Weinstein. "There's strength in numbers," she said.

Tweeden also said that, while Franken had the opportunity to apologize to her before her revelations Thursday, he hadn't. "That just goes to show you that he thought he could get away with it and that it was okay," Tweeden said.