Young died peacefully, surrounded by his family, after living with dementia for several years 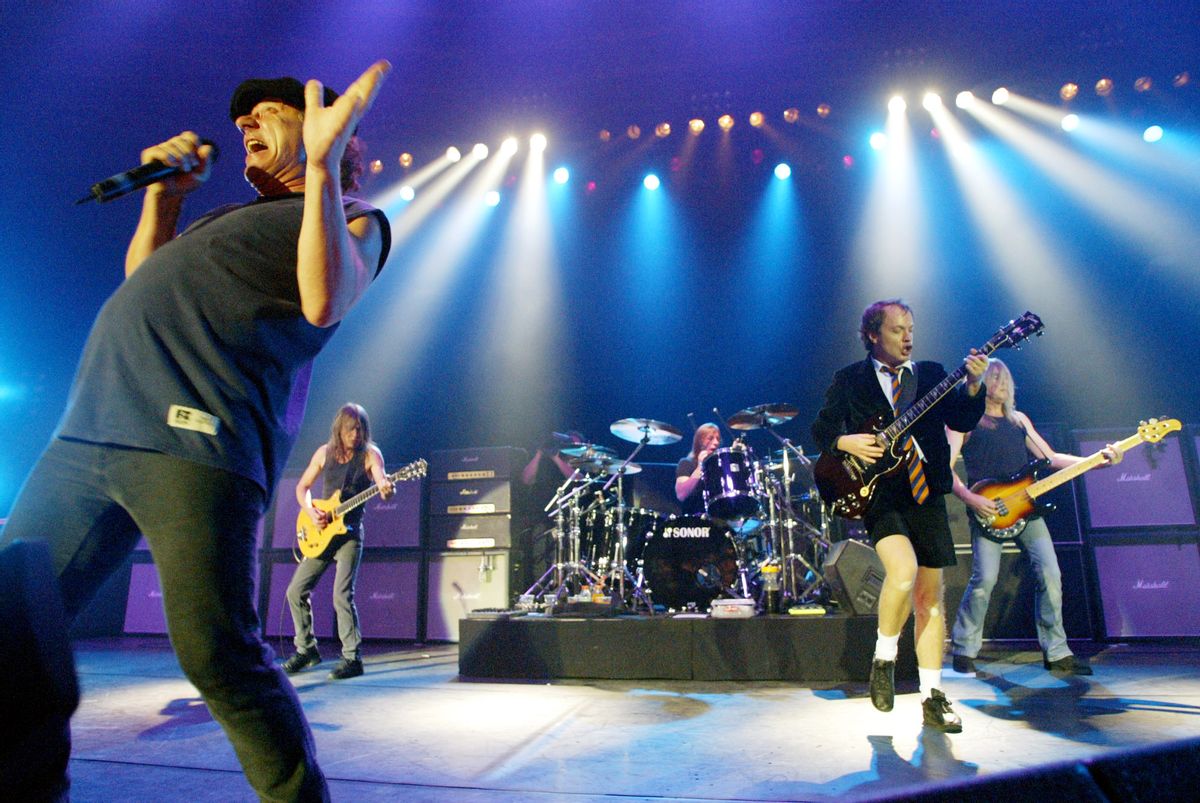 FILE - This June 17, 2003 file photo shows British rock band AC/DC, from left, Brian Johnson, Malcolm Young, Phil Rudd, Angus Young, and Cliff Williams performing on stage during a concert in Munich, southern Germany. The band says Young is not returning to the band after he announced he was taking a break from the group to focus on his health in April. A Wednesday statement from the bands label said: Unfortunately, due to the nature of Malcolm's condition, he will not be returning to the band. AC/DC will release the album Rock or Bust on Dec. 2. (AP Photo/Jan Pitman, File) (AP)
--

Guitarist and co-founder of the legendary Australian rock band AC/DC, Malcolm Young, died at the age of 64, after having lived with dementia for several years, the band announced on Saturday.

"Today it is with deep heartfelt sadness that AC/DC has to announce the passing of Malcolm Young," a statement on the band's website said. "Malcolm, along with Angus, was the founder and creator of AC/DC. With enormous dedication and commitment he was the driving force behind the band."

The statement continued, "As a guitarist, songwriter and visionary he was a perfectionist and a unique man. He always stuck to his guns and did and said exactly what he wanted. He took great pride in all that he endeavored."

Young died peacefully at home with family members close by on Saturday, and he was formally diagnosed with dementia in 2014, the statement said.

"As his brother it is hard to express in words what he has meant to me during my life, the bond we had was unique and very special," Angus Young said. "He leaves behind an enormous legacy that will live on forever. Malcolm, job well done."

The band was famous for its hard rock jams such as "Hells Bells," "You Shook Me All Night Long," "Thunderstruck" and many others. AC/DC produced one of the greatest rock albums in history "Back In Black," which is the world's best-selling album only second to Michael Jackson's "Thriller."

Young received outpouring support from fans and the music community on Twitter.

R.I.P. Malcolm Young (1953-2017) of AC/DC. You'll be missed. Thank you for all the amazing music. The bells toll. The cannons blast. We salute you. pic.twitter.com/Apli5Szk7i

RIP Malcolm Young
Legend.
He was the founding member of AC/DC & the engine that roared behind the most powerful band in the world.
He wrote Back In Black, Highway to Hell, You Shook Me All Night Long, Highway to Hell, so many songs...
Travel safely to the stars, Malcolm.
Legend. pic.twitter.com/xfjylBbh4u

It is a sad day in rock and roll. Malcolm Young was my friend and the heart and soul of AC/DC. I had some of the best times of my life with him on our 1984 European tour. He will be missed and my deepest condolences to his family, bandmates and friends.

Wow...just got off stage here in Brisbane Australia (of all places) to the shocking news of Malcolm Young's passing. So sad...one of the great rhythm guitar players of all time. (James Hetfield and Scott Ian would be the 1st to say so themselves...) #RIPMalcolmYoung pic.twitter.com/qZXHIMpktF

The driving engine of AC/DC has died.A tragic end for a sometimes unsung icon. One of the true greats. RIP. https://t.co/cJe1Xr17IA