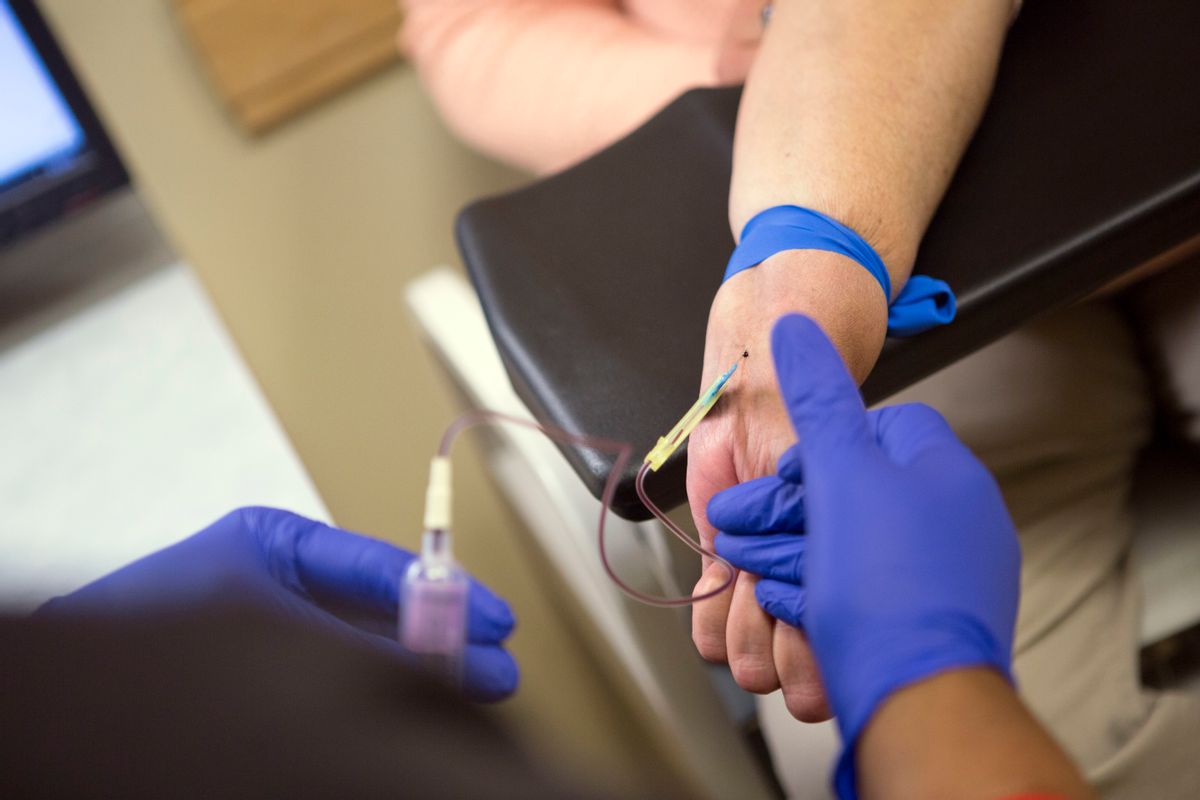 Would you risk your life for a total stranger?

While you might consider yourself incapable of acts of altruism on that scale, it happens again and again. During hurricanes and mass shootings, some people go to great lengths to help people they don’t even know while everyone else flees.

To learn whether this behavior comes more naturally to some of us than others, I partnered with Abigail Marsh and other neuroscientists working at the Laboratory on Social and Affective Neuroscience at Georgetown University. We studied the brains and behavior of some extraordinary altruists: people who have donated one of their own kidneys to a total stranger, known as nondirected donors.

Vox journalist Dylan Matthews explains in this video why he donated his left kidney to save a stranger’s life.

These kidney donors may never learn anything about the recipient. That means they are not making this personal sacrifice because a relative or someone they may interact with in the future would benefit.

What’s more, this act of altruism is costly in multiple ways. It is a major, painful surgery. Many donors end up paying thousands of dollars out of pocket for medical and travel expenses, and they can lose out on salary and other earnings.

For the most part, there’s nothing to be gained in terms of the donor’s reputation. Many people, including some medical professionals, are skeptical about the motives of altruistic donors — even questioning their sanity.

These drawbacks help explain why altruistic kidney donation is extremely rare. Fewer than 2,000 people have done this to date in the United States since 1988, the first year with a recorded altruistic donor. That makes it something a mere one out of every 163,133 Americans have ever done.

And the norm is for living friends and family to donate kidneys to their loved ones. That was the case when celebrity Selena Gomez, who has lupus, got a new kidney from her best friend, the actress Francia Raisa.

Deceased donors and living friends and family account for a total of 99.5 percent of all kidney transplants performed over the past three decades.

Deep in the brains of all mammals — whether squirrel, bonobo or human — the same regions respond to distress and vulnerability. This response is especially common when babies cry out or appear threatened. In our most recent study, we investigated whether those brain systems, which are responsible for making all mammals care about helpless youngsters, play a key role in making some people extremely altruistic.

There are two major regions in what brain scientists call the “offspring care neural network,” evolutionarily old structures deep in the brain called the amygdala and the periaqueductal gray.

The amygdala is a small almond-shaped structure in both hemispheres tucked below the cortex. (Amygdala means almond in Greek.) One of its main roles in the brain is picking up on important emotional cues.

Research has long established that the amygdala is largely responsible for recognizing and feeling fear.

The periaqueductal gray is another small u-shaped structure at the base of the brain. It plays an important role in controlling basic behaviors like the impulse to cuddle a baby or the instinct to avoid predators.

Many studies have shown these structures and the connections between them are responsible for, say, motivating female rats to take care of their pups or making humans want to console crying babies.

Responding to distressed offspring is such a strong survival instinct that it can even cross species. A deer, for example, will respond when it hears a crying human infant.

Other research by Marsh’s lab has studied how people respond when they sense that others are afraid and feel an urge to comfort them.

The sight of frightened faces can evoke helping behavior. And people who are good at noticing that someone is afraid just by seeing their face tend to be more altruistic than the rest of us.

Scientists have long hypothesized that the care people extend to strangers may be a sort of extension of our most basic impulses to take care of our own kids. Scientists also believe that the ancient brain structures humans share with other mammals trigger these responses.

To learn more about the brains of extremely altruistic people, we did an experiment with people who had donated one of their kidneys to someone they didn’t know. In our study, we asked these extreme altruists to read scenarios, some of which described people who were the target of harmful or callous behavior, and rate how much sympathy they felt. We did the same thing with a control group of people who had not donated a kidney.

Before reading some of these scenarios, we presented photos of fearful faces. These images were fleeting, lasting only 27 milliseconds. That means the participants couldn’t consciously recognize what they saw. Meanwhile, we scanned their brains.

We found some interesting effects while reviewing images captured during this experiment. Most notably, the amygdalas and their periaqueductal gray were more active for kidney donors than people in our control group, with stronger reactions to fearful and distressed stimuli.

What we found suggests that these two regions might be communicating or otherwise working together. We further tested this finding by looking at another aspect of our brain scans that allowed us to analyze how these two regions are connected by nerve cells.

My colleague Katherine O'Connell, a doctoral student, found that there seemed to be greater structural connections between these two regions too. These connections may help nerve impulses travel between them.

To be sure, more studies will have to be done to confirm our results before we can be sure how the offspring care neural network contributes to human altruism.

But our findings reinforce earlier neuroscience research that found that the amygdala and periaqeuductal gray, and communication between them, play an important role in caring for distressed and vulnerable others across all mammals — including humans.

These findings also build on our own prior research with altruistic kidney donors. In those earlier studies, we detected stronger amygdala responses when the donors glimpsed the faces of people who were feeling fear and that while altruistic kidney donors value friends and family as others do, they tend to be more generous toward strangers.

Our study of the brains of real-world altruists backs up these theories. Caring about someone you have never met, what we learned suggests, may have a lot in common with caring about the people you love.