Minutes after "Fox & Friends" attacked the Oakland Raiders star, Trump took to Twitter to do likewise 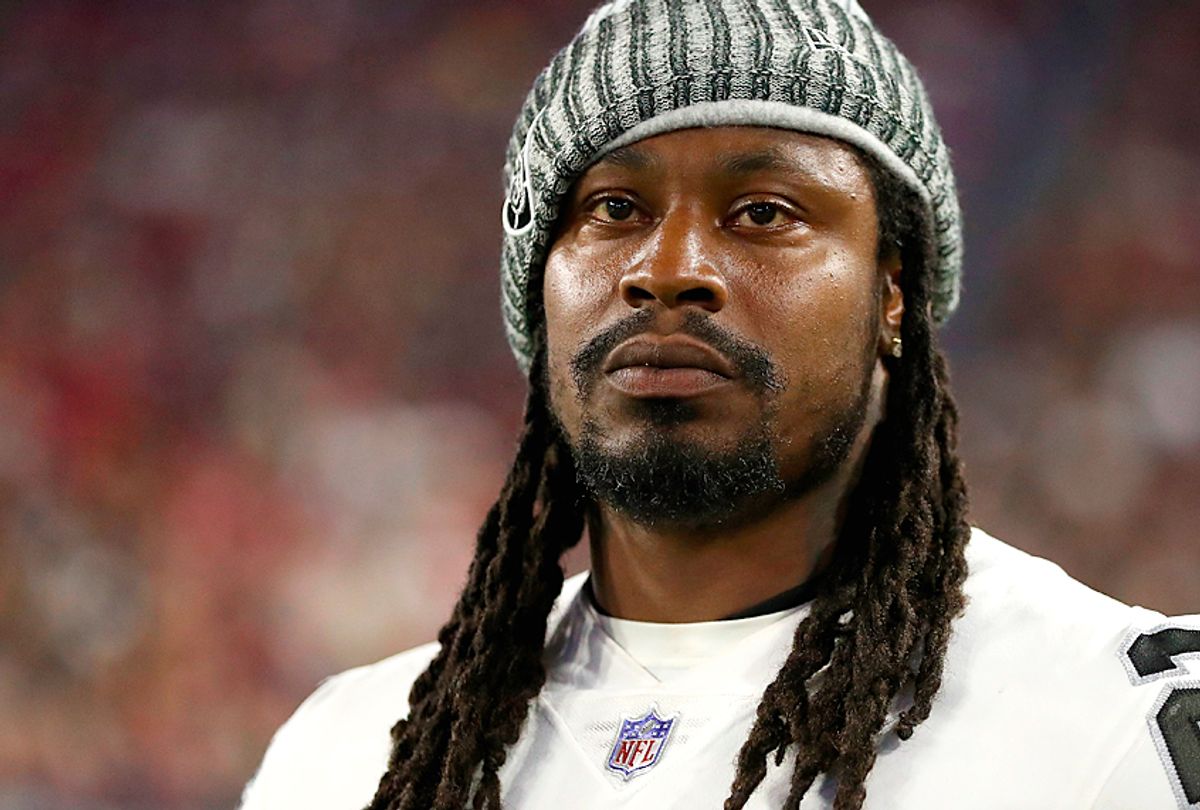 President Donald Trump is insulting another NFL player on Twitter, most likely due to the absurd influence of one Fox News program.

Trump's tweet came less than 20 minutes after Lynch's decision not to stand was reported by "Fox and Friends," a program that he is known to watch. During the Monday morning segment on Lynch, co-host Steve Doocy commented that the Oakland Raiders star "has sat down through every time they’ve done the national anthem. And — so he sat through the Star-Spangled Banner yesterday in Mexico. But as soon as they started playing the Mexican national anthem, he stood up. And a lot of people are just not too happy."

Co-host Brian Kilmeade shared Doocy's perspective, denouncing Lynch as an "international embarrassment" and claiming that "nine percent, the attendance is down. Ratings are down. They’re making themselves vulnerable while they’re also having a civil war between owners and commissioner."

Lynch has made no secret of his dislike for Trump. Although he was not a historic trendsetter in NFL political protesting on par with former San Francisco 49ers quarterback Colin Kaepernick, he famously wore a shirt before a game saying, "Everybody vs. Trump."

It remains to be seen whether Trump's calling for a specific NFL player to be suspended will have a similarly galvanizing effect as his statement earlier this year that owners should fire any "son of a bitch" who stood during the national anthem. One day prior to his statements about Lynch, Trump also issued a controversial tweet to the father of LiAngelo Ball. Ball and two teammates had been arrested in China after being accused of shoplifting, and the father insisted that Trump had done very little to secure their release.

On MSNBC Monday morning, “Morning Joe” co-host Mika Brzezinski keenly noted that “When the president tries to use racism to distract from bigger things, that’s when we should always make it a moment to talk about Russia.” Brzezinski said that “Since Jared (Kushner) is in the news this morning, and it’s big news, we should not be distracted by blatant racism in a tweet that is just pathetic.”