The Birmingham News, Mobile Press-Register and The Huntsville Times are all endorsing Democrat Doug Jones 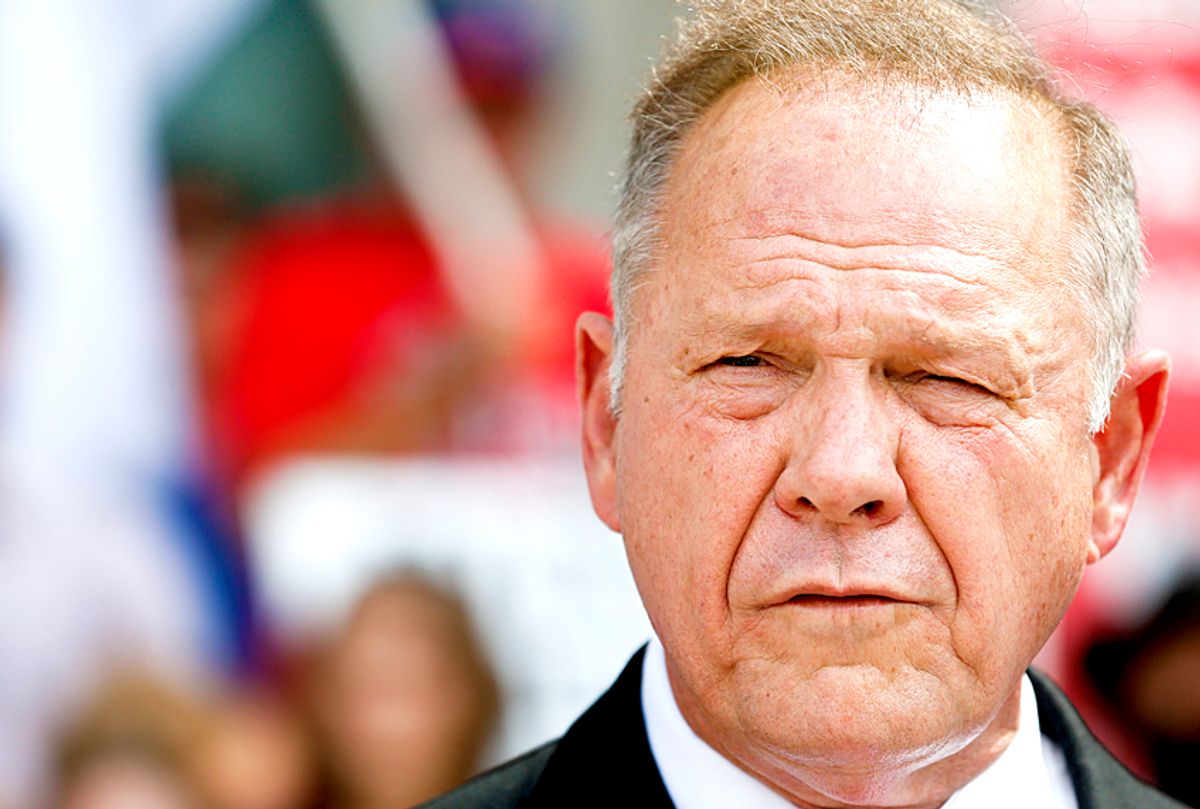 Republican Senate candidate Roy Moore may like to denounce the Washington media, but it will be harder for him to write off the local press in Alabama as being "establishment." Three of Alabama's biggest newspaper denounced Moore and endorsed his Democratic opponent, Doug Jones.

An editorial published by the Alabama Media Group for their publications, The Birmingham News, The Huntsville Times and the Mobile Press-Register unambiguously framed its decision as one that would matter for Alabamans, rather than as one the people of the state should make in order to please a national audience.

"Do not let this conversation be muddled. This election has become a referendum on whether we will accept this kind of behavior from our leaders," the editorial stated.

It added, "Alabamians have never cared about what the rest of country thinks of them. And we do not expect all the handwringing from national pundits, conservative or liberal, to make much of a difference. This election isn't about what a late-night comedian may think of Alabama or whether Sean Hannity can sell advertisements; it's not about Saturday Night Live or Mitch McConnell. It's not about Breitbart or National Democrats. It is about the moral values of the people of Alabama."

From there the editorial argued that supporting Moore in light of the allegations means Alabamians would tell victims of sexual abuse that they either wouldn't be believed or that their experiences simply didn't matter. It also pointed to Moore's prejudices against Catholics, Muslims, atheists and immigrants as examples of how his election would make Alabama seem like an exclusionary state.

Although the authors of the editorial make a point of endorsing Democratic candidate Doug Jones — including an astute observation that, because Jones would be the rare Democratic senator from a deep red state, he would almost certainly carry disproportionate clout — they noted that their readers should be free to write-in for a Republican of their choosing.

"If your conscience tells you that you cannot vote for either man, write in a candidate that shares your convictions," the editorial wrote. "While we believe that state Republicans response to the allegations brought against Roy Moore has cast a permanent shadow on many others — particularly GOP Chairwoman Terry Lathan who has threatened any Republican who speaks out — there are good options in the Republican Party."

It remains to be seen whether Moore will be able to succeed in vilifying the Alabama local media as much as he has done for the Washington establishment press.