On his death, it's a reminder that Manson was a toxic, abusive male as well as a murderer 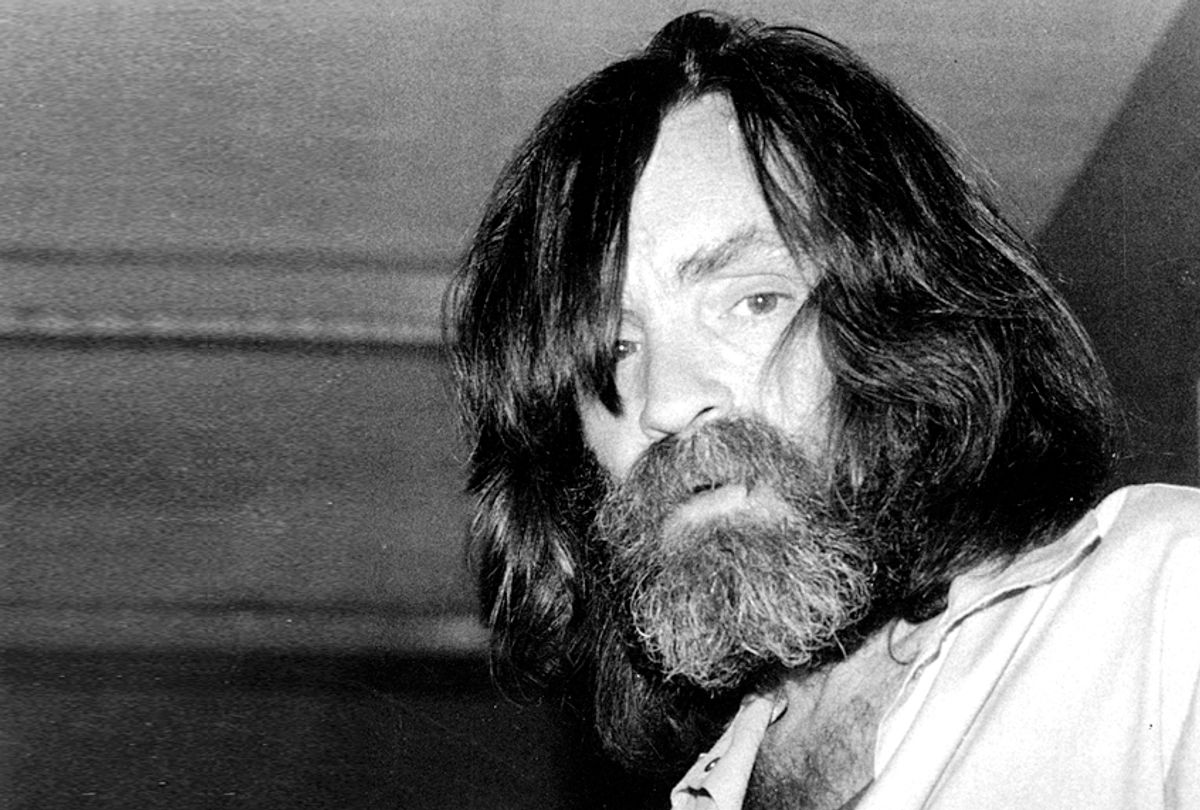 Charles Manson, the 1960s cult leader of "The Family" who was convicted of orchestrating the deaths of seven people in Los Angeles and likely responsible for several more, died Sunday of natural causes. He was 83 and serving nine life sentences in prison.

Last month, the youngest member of the Manson Family, Dianne Lake, joined "Salon Talks" to discuss her new memoir, "Member of the Family: My Story of Charles Manson, Life Inside His Cult, and the Darkness That Ended the Sixties," after nearly 50 years of silence. Lake did not participate in the murders, though she lived with the family for two years, and her testimony was instrumental in convicting Manson.

Lake described how her parents gave her emancipation at 14, and through Manson she found a community. "So when I met Charles Manson at a party through a couple of friends," she said, "they welcomed me with open arms . . .  I felt totally loved and accepted and desired and adored. It was magical."

After about a year in, Lake says Manson began to physically and psychologically abuse her. "It wasn't until I wrote this book that I came to the realization that I was a victim on a lot of levels. I had taken a lot of responsibility for what happened to me on myself," she said. "Especially at 14, I mean legally, I was a victim, but emotionally, I think I didn't really see that I was victim just until fairly recently. But on the other hand, perhaps not feeling like a victim helped me thrive."

Lake is a retired educator, mother of three and active member of her church choir.

On why she stayed in the home and kept quiet for so long, Lake said, "I didn't have the maturity to just pick up and leave, and where was I going to go? I didn't want to be in a foster family and I had already been in jail." She added, "How many women have we seen that have been victimized, they're not believed and are dragged? The experience of telling the truth is almost worse than the original experience."

The peak of Manson's bloody reign as a cult leader came on August 9, 1969 when "Family" members acting on his orders murdered actor Sharon Tate, who was eight months pregnant, Jay Sebring, a celebrity hairstylist, Abigail Folger, a coffee fortune heiress, writer Wojciech Frykowski, and Steven Parent. The following night, the family murdered Leno LaBianca and his wife, Rosemary. While Manson did not physically participate, he organized and directed the killing spree. It was surmised that Manson was trying to start a race war.

Subsequently, Manson would become a reviled and revered figure, both a placeholder for any perceived social ills connected to the darker elements of the burgeoning counterculture and, for a minority, a totem of anti-establishment spirit. "With their brew of violence, music and anti-establishment youth counterculture," CNN wrote, "the 1969 murders and ensuing trials established Manson as a perverse cultural icon whose twisted legacy endured until his death."