Only Trumpcare was less popular 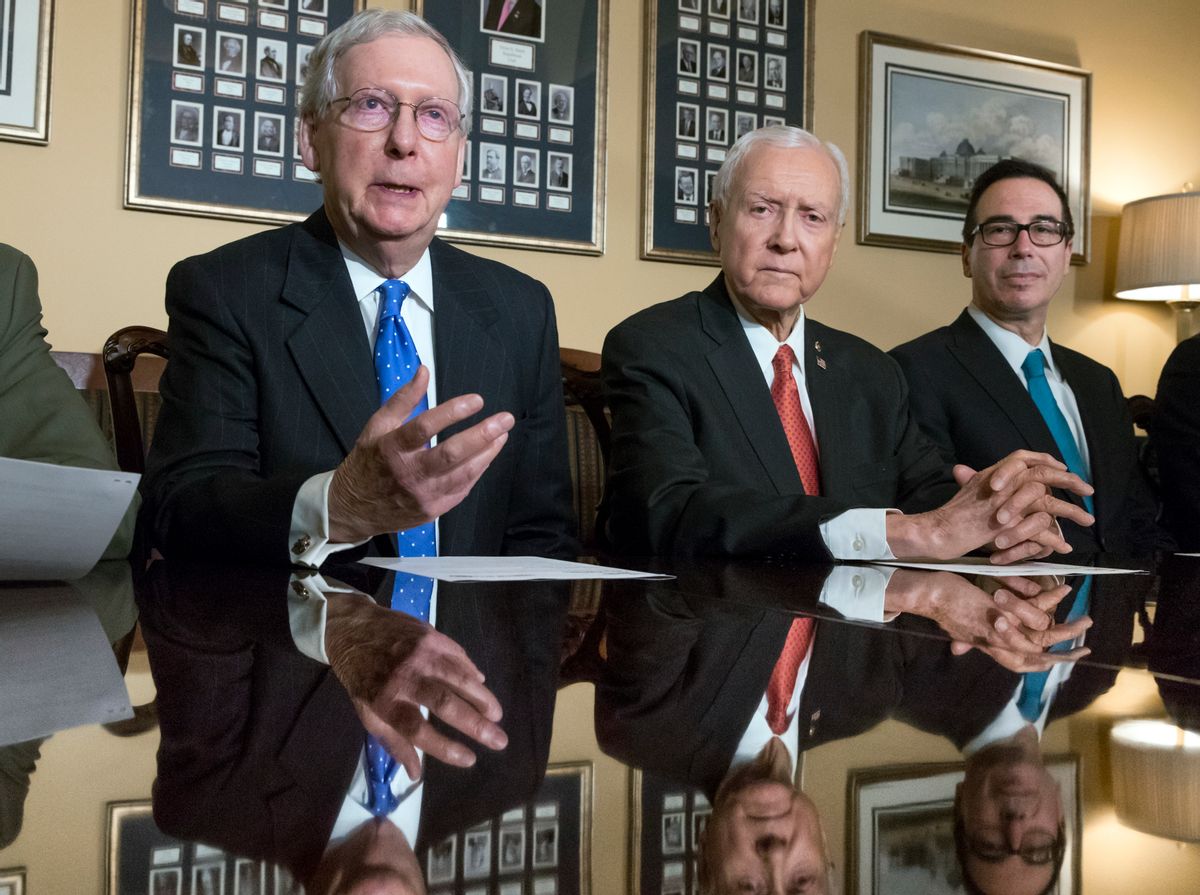 While Republican insiders in Washington have been fond of blaming the party's legislative failures on President Donald Trump, the primary cause of their inability to pass legislation has been that their policy views are significantly opposed by most Americans. Tea Party-type Republicans are generally unable to perceive this since they overwhelmingly represent states and districts that are much more ideologically conservative than the rest of the country. Because of that, they frequently rage against fellow party members who represent more ideologically mixed areas who often do not go along with the latest "limited government" crusade. A comprehensive examination of political polling data shows that these congressional members---such as Sen. Susan Collins of Maine or Rep. Charlie Dent of Pennsylvania---are correct to be cautious in their approach to wide-ranging Republican policy efforts, especially the Republican plan to cut the taxes of the wealthy.

Chris Warshaw, an assistant professor of political science at George Washington University, demonstrated this in two graphics he recently posted to Twitter which show that the current Republican tax proposal is the second-most unpopular major piece of legislation in the past 30 years of public polling.

Only the Republicans' recently failed bills to repeal large portions of the Affordable Care Act were more unpopular.

Warshaw also ran the net positive and negative numbers for each piece of legislation to eliminate responses of people who said they had no opinion or didn't know. His results were similar:

Given how strongly the GOP leaders have repeatedly tried and failed to jam unpopular legislation through, it is unsurprising that Congress' approval ratings are also at incredibly low numbers.

Some political observers have argued that the GOP's tax and health care proposals could prove detrimental to their chances in 2018. There is some evidence for this belief such as the fact that some Democrats representing competitive districts who voted for the ACA were punished in the 2010 elections.

At the same time, however, given how quickly news cycles move in the Trump era and how Republican voters are better distributed to match the apportionment of Senate seats and their own efforts to gerrymander House seats, there is reason to believe that Republican elected officials may be better able to withstand holding unpopular viewpoints.

Thus far, all of the high-profile elections that have taken place in GOP-leaning areas have all been won by Republicans. While Democrats have hailed the victory of Ralph Northam in Virginia, the Old Dominion State does not currently have any state-wide elected officials who are Republicans. No Republican presidential candidate has won Virginia's electoral votes since 2004 so it is more than reasonable to say that while a Northam loss would have been a catastrophic indicator for the Democrats, his victory does not necessarily indicate that party members in more competitive states will see things break their way.

On the other hand, given how divided Trump has made the Republican Party and how his administration has unified left-of-center opposition, there is certainly a real possibility that Democrats who make Trump's policies a major focus while discussing alternatives that can energize their base voters, the GOP might have real difficulties in 2018.