Bob Menendez's real crime: Getting caught doing what all elected officials do

New Jersey senator's murky case points at a larger truth: Congress is totally disconnected from those it serves 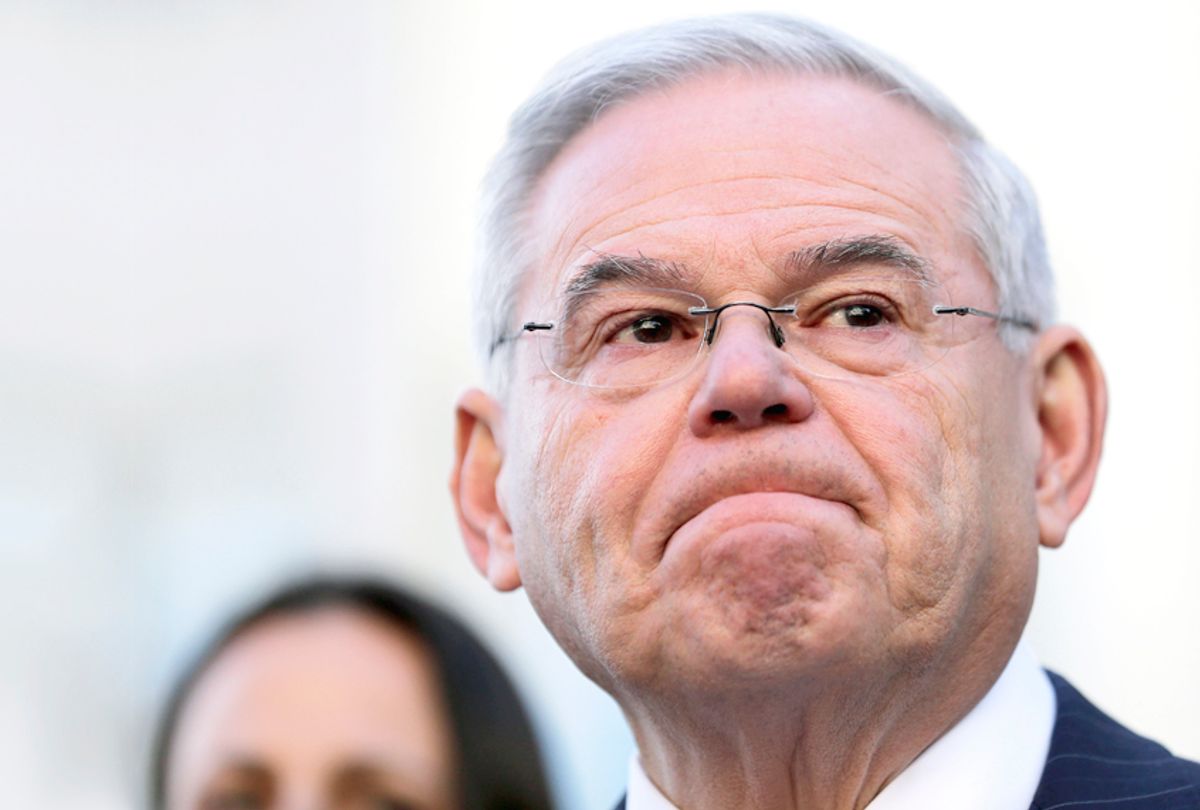 To listen to Sen. Bob Menendez, D-N.J., deliver tearful remarks after his corruption trial ended with a hung jury, you would have thought he had been exonerated. And by the stampede of elected officials to his side, you would think they thought so as well. Just to be clear, a hung jury is not a “not-guilty” verdict. Yet Menendez actually called it a “resurrection day.”

It's easy to understand how, in true New Jersey Soprano style, a brush with the law these days for our elected officials is only really a problem if they shackle you and lock you up in a cell without bail. There was no shame factor at work here. The takeaway is that Menendez is entitled to large gifts (and he stands accused of accepting some whoppers) because it is just the natural order of things. He’s a ruler, from the club of 100, and he gets stuff. Do you have a problem with that?

He’s a great man and the other great men around him, like Sen. Cory Booker, his fellow New Jersey Democrat, and Sen. Lindsey Graham, a South Carolina Republican, who were two of his character witnesses at trial, will tell him so. No doubt they are entitled to stuff too. Why, we are just lucky they bother to do the “people’s business” at all, with all the fundraising they have to do to stay in office.

What the tick-tock details of the dubious bromance between Menendez and his benefactor Dr. Salomon Melgen, a Florida ophthalmologist, reveal is that members of Congress, in the constant pursuit of money from the rich and powerful, are increasingly disconnected from the collapse of the middle class because they are captive to the jet-set bubble in order to raise campaign cash and defense fund money.

The Atlantic reported back in 2013 that Menendez ranked 97th in the Senate in terms of his personal wealth, but with a salary approaching $200,000 he is worlds away from the $41,107 median household income from his original hometown of Union City, New Jersey, where close to one in four of his constituents live in poverty. In fact, over the senator’s entire career, the ranks of New Jersey’s poor have continued to grow as he advanced.

And even after our electeds have done us the huge favor of “serving,” they believe have every right to continue cashing in. None of this is criminal. It is just gravity. Back in May, former President Barack Obama collected $400,000 for one speech for a Wall Street crowd. We will now come to understand how Obama got to live in the White House for eight years while so many African-Americans lost their homes to the same financial interests that funded the Obama campaign and now help him with his retirement.

The insatiable bipartisan appetite to attend to the needs of the rich and powerful has led to the wholesale neglect of the American people. Just look at how the Great Recession played out. Wall Street was bailed out, Americans lost $20 trillion in household wealth, the big banks got bigger and wealth concentration only accelerated.

Even as Americans were reeling from the brunt of the Great Recession set off by Wall Street's massive mortgage scam, Roll Call reported that Congress’ collective net worth cleared $2 billion in 2010, a 25 percent spike from 2008. As Roll Call noted, that was a low-ball estimate.

These wealth totals vastly underestimate the actual net worth of Members of Congress because they are based on an accounting system that does not include homes and other non-income-generating property, which is likely to tally hundreds of millions of uncounted dollars. In addition, Roll Call’s tally is based on the minimum values of assets reported by Members on their annual financial disclosure forms; the true values of those assets may be much higher. ...

In a research paper called “Who Rules America,” G. William Domhoff, a professor at the University of California at Santa Cruz, reported that surveys indicate Americans have no idea about just how out of whack our wealth distribution had become.

Even more striking, they did not come close to the amount of wealth held by the bottom 40% of the population. It’s a number I haven’t even mentioned so far, and it’s shocking: the lowest two quintiles hold just 0.3% of the wealth in the United States. Most people in the survey guessed the figure to be between 8% and 10%, and two dozen academic economists got it wrong too, by guessing about 2% — seven times too high. Those surveyed did have it about right for what the 20% in the middle have; it’s at the top and the bottom that they don’t have any idea of what’s going on.

Back in 1776, Americans chafed under the yoke of a monarch an ocean away who deprived them of their liberty and dominion over their destiny. A 2012 research paper from the National Bureau of Economic Research documented that during that period of the nascent nation “among all American households, slaves included, the richest one percent had just 7.1 percent of the total national income. Incomes were much more equally distributed in colonial America than in America today, or in other countries in the late 18th century,” according to the report.

Two hundred and forty-one years later, what do we have? A Congress that resembles the House of Lords, who year in and year out serve the interests of their own class, insuring that the great national wealth concentration continues. It’s all they know.