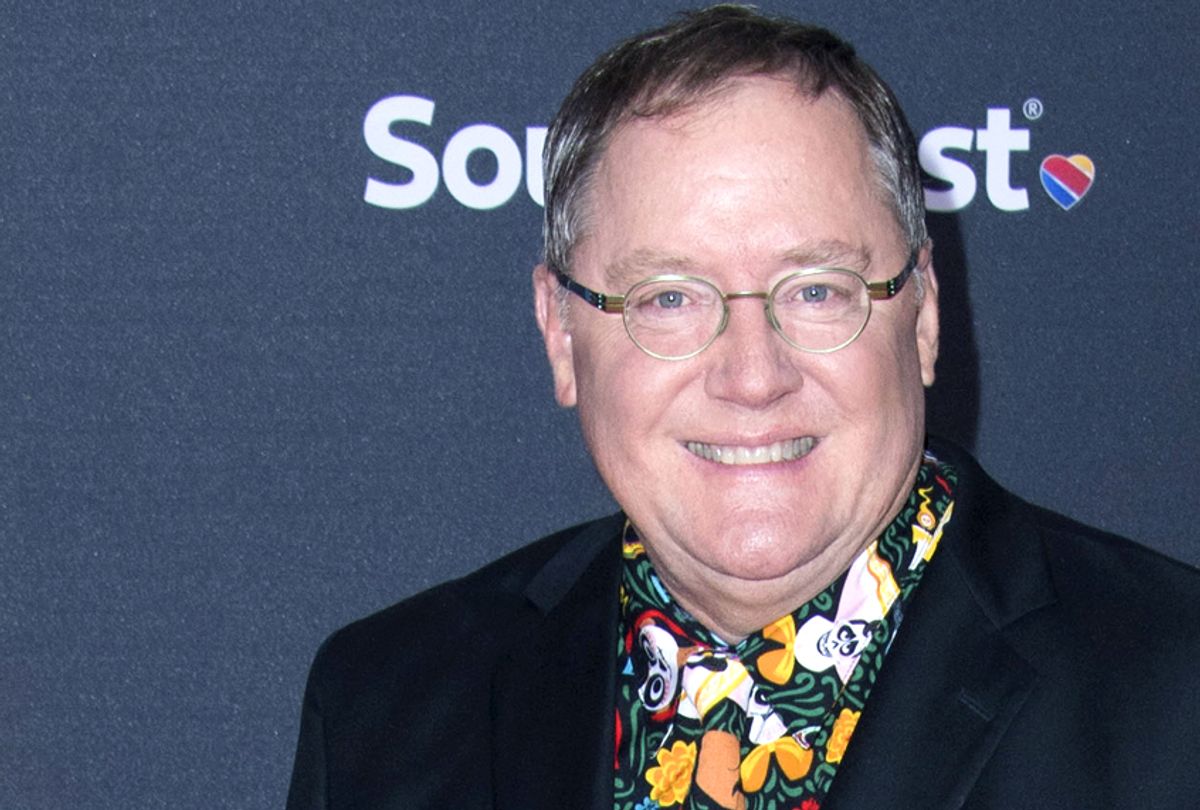 John Lasseter, head of Pixar and Walt Disney Animation Studios, announced Tuesday that he was taking a six-month leave of absence over unspecified "missteps," in a staff memo. His absence was first reported by the Hollywood Reporter.

"I’ve recently had a number of difficult conversations that have been very painful for me. It’s never easy to face your missteps, but it’s the only way to learn from them," Lasseter wrote. "As a result, I’ve been giving a lot of thought to the leader I am today compared to the mentor, advocate and champion I want to be."

He continued, "It’s been brought to my attention that I have made some of you feel disrespected or uncomfortable. That was never my intent. Collectively, you mean the world to me, and I deeply apologize if I have let you down."

Lasseter added that he especially wanted to apologize to "anyone who has ever been on the receiving end of an unwanted hug or any other gesture they felt crossed the line in any way, shape, or form," giving some indication of complaints lobbied against him. "No matter how benign my intent, everyone has the right to set their own boundaries and have them respected."

Lasseter said that upon talking with Disney, the parties were united in the opinion that stepping away from his position on at least a temporary basis is the right move. "My hope is that a six-month sabbatical will give me the opportunity to start taking better care of myself, to recharge and be inspired, and ultimately return with the insight and perspective I need to be the leader you deserve," he said.

For Lasseter to take leave from his position as chief creative officer of Walt Disney Animations is no small thing. In the position since 2006, and Lasseter is widely considered a formidable figure in the entertainment industry and one of the reasons Disney and Pixar's animated output continues to lead the field. Certainly, he's lauded as one of animation's most important players. Lasseter co-founded Pixar and helped create some of the studio's most iconic films such as "Toy Story" and "Frozen." Disney bought the studio in 2006.

"Known for his big-kid personality and penchant for Hawaiian shirts and bear hugs, he is widely credited with resuscitating Disney’s in-house animation studio during the last decade after a long period of struggles," the LA Times wrote.

But as the list of accused men of sexual misconduct in Hollywood only grows, some employees reportedly began to discuss Lasseter's "creepy" behavior according to Variety.

A Disney spokesperson said in a statement: "We are committed to maintaining an environment in which all employees are respected and empowered to do their best work. We appreciate John’s candor and sincere apology and fully support his sabbatical."