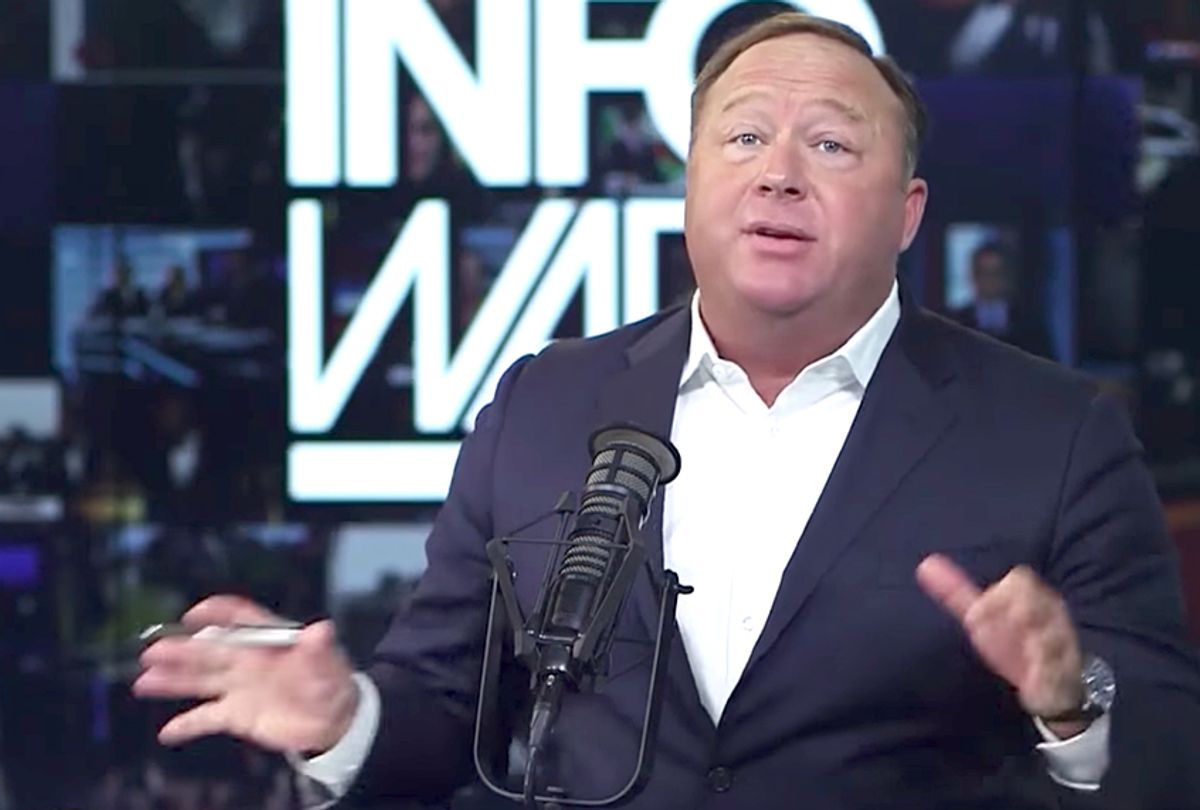 This revelation came when Jones was interviewing Tony Shaffer, a former Army colonel perhaps best known for making a contested claim to having been present in the White House Situation Room watching the Benghazi attack in real time.

As Shaffer began discussing the background of Las Vegas mass shooter Stephen Paddock, he mentioned that Paddock's previous work with the IRS was a "clue" to his motives.

"He drank Pepsi!" Jones chimed in. "And yet liberals. I mean literally, conservatives do not drink — especially in the Obama era — conservatives drink Coca-Cola, if you drink soft drinks, liberals drink Pepsi. Now that's a big clue!"

Witness for yourself below.

Alex Jones has promoted bizarre conspiracy theories about Pepsi in the past. Several years ago, he notoriously claimed that Pepsi was using aborted fetus cells to flavor test soda, an assertion that (not surprisingly) was a hoax.

"Nothing more delicious than eating your own dead, according to the globalist," Jones commented at the time. "Globalist" is widely regarded as an anti-Semitic code term.

Pepsi was also targeted by Trump supporters due to erroneous news stories which claimed that CEO Indra Nooyi had said his fans should "take their business elsewhere." Nooyi never said anything of the sort, although she did criticize the campaign's rhetoric and said "those of us who supported the other side" should "mourn." She also added, however, that "we have to come together and life has to go on."