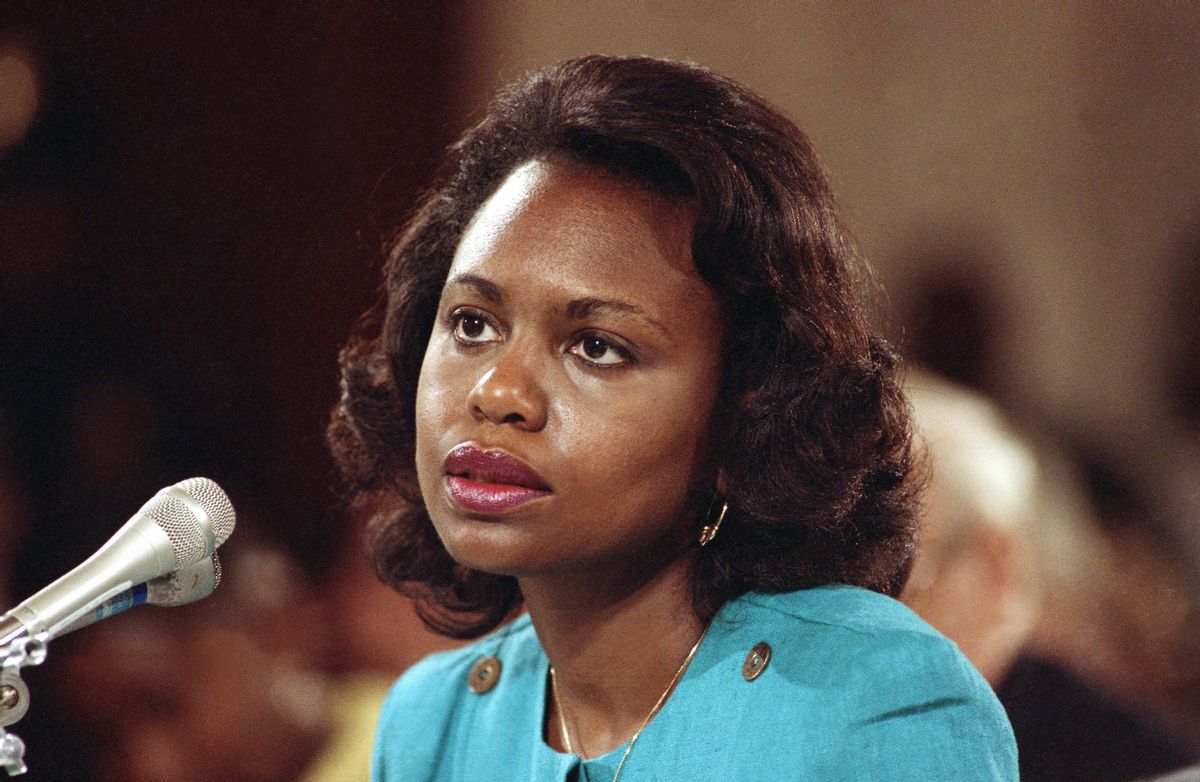 While former Vice President Joe Biden may be mulling over a presidential bid in 2020, the women who remember his conduct during a key moment in the history of sexual harassment in America are pointing out how that aspect of his past could come back to haunt him.

Biden, who was chairman of the Senate Judiciary Committee at the time, was responsible for allowing the brutal grilling of Anita Hill when she accused Judge Clarence Thomas of sexually harassing her. Although he told a gathering at Glamour magazine that he was "so sorry" for his behavior toward Hill during the hearing, Hill said during a Washington Post event that while "some part of" Biden's remarks were genuine, "I still don’t think it takes ownership of his role in what happened."

Although Biden did succeed in getting a delay in the hearing so that Hill would have time to testify, other aspects of his conduct aroused more controversy. Here's what Rep. Patricia Schroeder, D-Colo., had to say:

We went to see Biden, because we were so frustrated by it. And he literally kind of pointed his finger and said, you don’t understand how important one’s word was in the Senate, that he had given his word to [Sen. John Danforth (R-Mo.), Thomas’s chief sponsor] in the men’s gym that this would be a very quick hearing, and he had to get it out before Columbus Day.

Sen. Barbara Mikulski, D-Md., also recalled that while Biden may not have planned to attack Hill, he stood by and allowed his Republican colleagues to do so:

With the traditions of the Senate and the committee, Biden thought he was going to conduct a hearing, but the Republicans knew — led by Arlen Specter — that they were going to conduct a trial. And Professor Hill would be the one on trial.

Hill herself recalled Biden seeming to be unable to halt Republicans in their quest to besmirch Hill's character:

So much of the strategy of the Republicans that unfortunately maybe Biden didn’t see through — or just didn’t feel empowered to control — was to control the amount of information that got out about me. I was told by Chairman Biden that I would speak first. And at the last minute that changed.

Hill also criticized Biden's recent apology for saying that he was sorry if Hill "felt she didn’t get a fair hearing," which she compared to saying "I'm sorry if you were offended." She also noted that, while some of Biden's apology seemed genuine (particularly his unequivocal statement that he believed Hill's story and voted against Thomas's confirmation), she still felt that he had not been fair to her.

But you cannot just bring people forward into a process where you know they’re not going to be treated fairly. That’s not being heard. That’s something that we are struggling with right now. Women are coming in to make a complaint, and the process is unfair and employers are saying, “Well, we have a process.” Well, that’s not enough.