Jim Jefferies gives us the real story of Thanksgiving 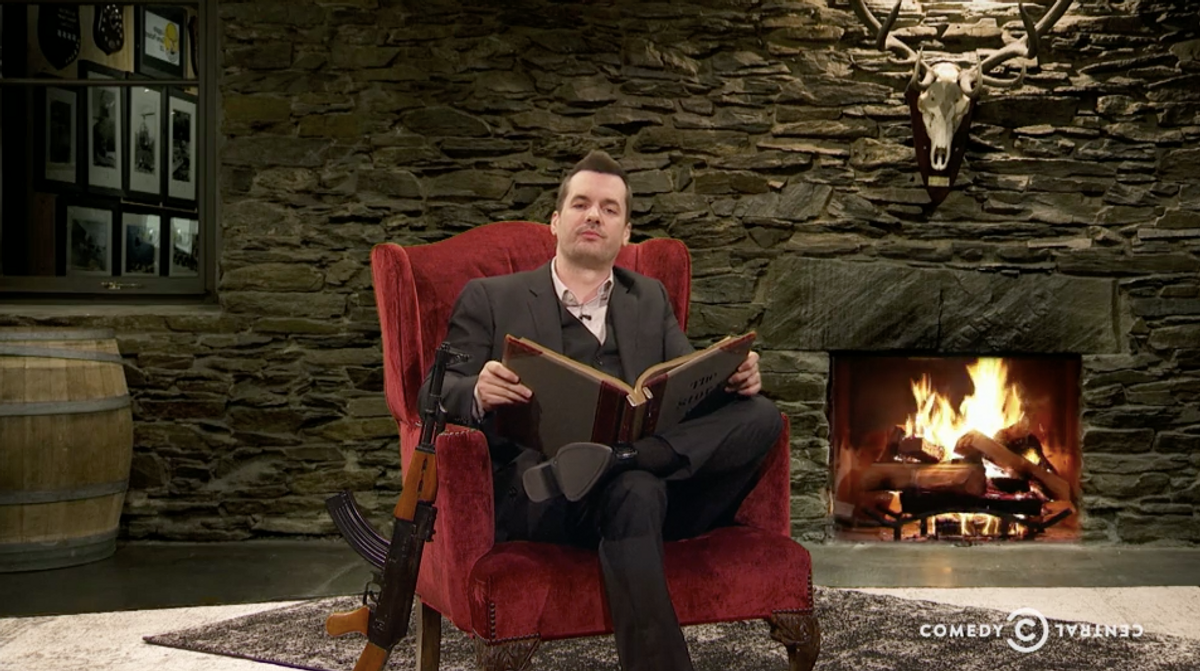 With the holidays quickly approaching, late night comedian Jim Jefferies wanted to finish his show's season by telling the real story of Thanksgiving, which is a far more grim tale that involves enslavement and decapitation rather than an endless feast.

"In 1620, a group of English Puritan separatists set sail on the Mayflower; after founding Plymouth colony, they forged a treaty with the Wampanoag tribe," Jefferies explained.

Jefferies read from the book while seated in a big red chair next to the fire place, and explained, "Soon, s**t loads — sorry, soon ship loads of settlers were arriving on the shores of the new world. These Pilgrims had no problem seizing the natives' land and capturing slaves."

"Then in 1637, the Pilgrims attacked the Pequot nation, slaughtering 700 men, women and children," Jefferies explained.

The comedian read that the land is "now the site of the Foxwood's Resort and Casino, where comedian and libtard cuck Jim Jefferies performs twice a year and if he doesn't like America so much why doesn't he go home; he used to be funny."

"To commemorate the massacre, the colonies governor declared a day of Thanksgiving; eventually the Wampanaog chief led an uprising against the settlers. Thousands more Native Americans died and the chief was decapitated, and his head was displayed in Plymouth colony for 25 years," Jefferies read from the book.

He continued, "And that's why we put marshmallows on sweet potatoes! Happy Thanksgiving everyone!"

Watch Jefferies read about the real history of Thanksgiving below: