The Russian-American journalist and author draws parallels between attacks on minorities in Russia and the U.S. 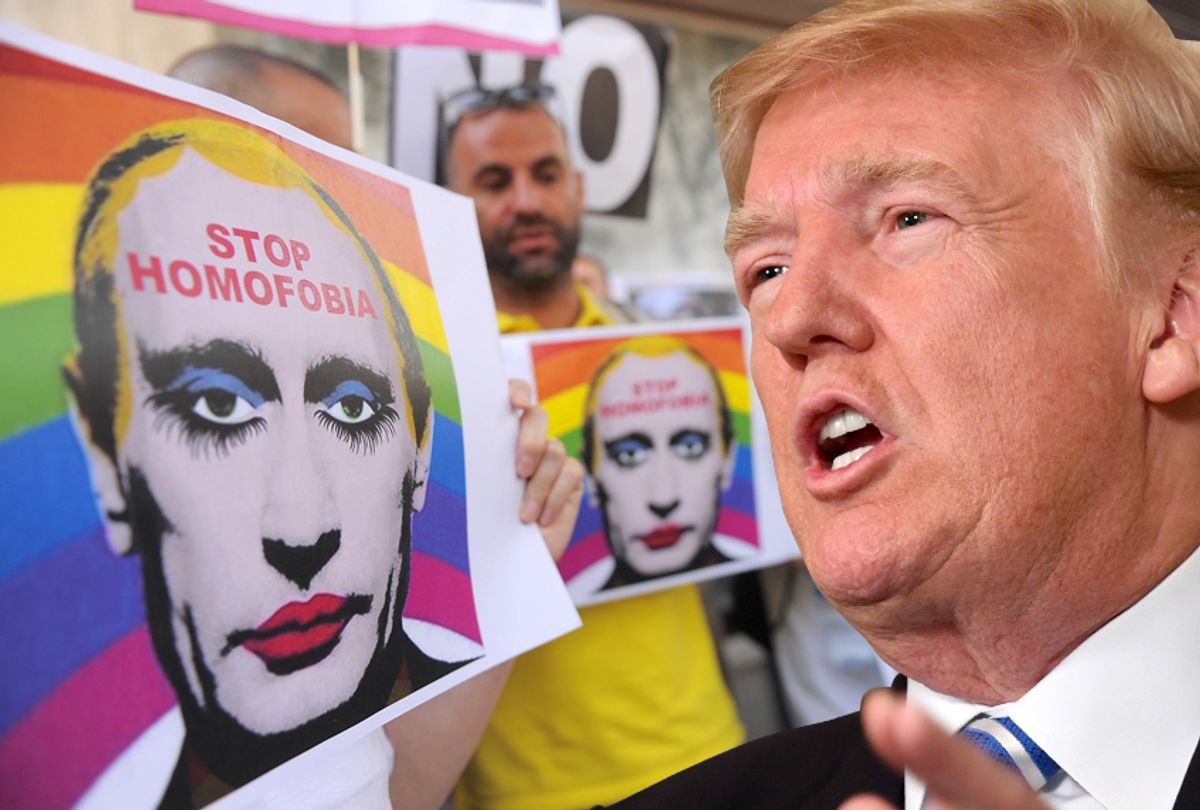 Political leaders can employ a wide array of tactics for uniting people, including finding a common enemy. Donald Trump and Vladimir Putin are both prime examples of using the demonization approach to build up their domestic support, and Russian-American journalist and author Masha Gessen says their treatment of LGBT communities draws many parallels.

In an interview with "Salon Talks," Gessen said that Trump is “starting to target LGBT people because social change connected to LGBT rights is the most recent and most significant social change that we’ve seen in this country." As for Putin and the Russian public, she says “most Russians believe they’ve never met an LGBT person in their lives. Also they immediately see LGBT people as 'other,' lending to the success of singling the group out as a 'problem.'"

Gessen’s new book, “The Future is History: How Totalitarianism Reclaimed Russia,” explores the question of why, after the fall of the Soviet Union, Russians embraced a leader like Putin instead of going down a more Democratic path. There is no simple or singular answer, and Gessen weaves the lives of seven different people together to dive into the recent history and the lingering effects of the Soviet system.

One of the younger Russians she profiles is a gay man named Lyosha who headed a gender studies program at a university in Perm but eventually ran into institutional suppression of his topic and is now one of many LGBT refugees living in New York. In recent years, Russia had passed legislation banning the spread of “propaganda for non-traditional sexual relations” to minors, and LGBT hate crimes have doubled.

Gessen argues that both Putin and Trump hearken back to an imaginary past where people felt more comfortable without “irritants” like the issue of LGBT equality. To hear more on her comparisons of Trump and Putin, watch the video above.

“The Future is History” is a National Book Award winner and provides a depressing and eye opening look at modern day Russian society and how it’s been shaped by the intellectual vacuum left by the Soviet system. Gessen also documents recent political activism and how it’s been cracked down upon in Putin’s Russia.

To hear the full conversation and learn why Gessen has chosen the terms “Totalitarianism” and “mafia state” to describe Russia today, watch the interview here.