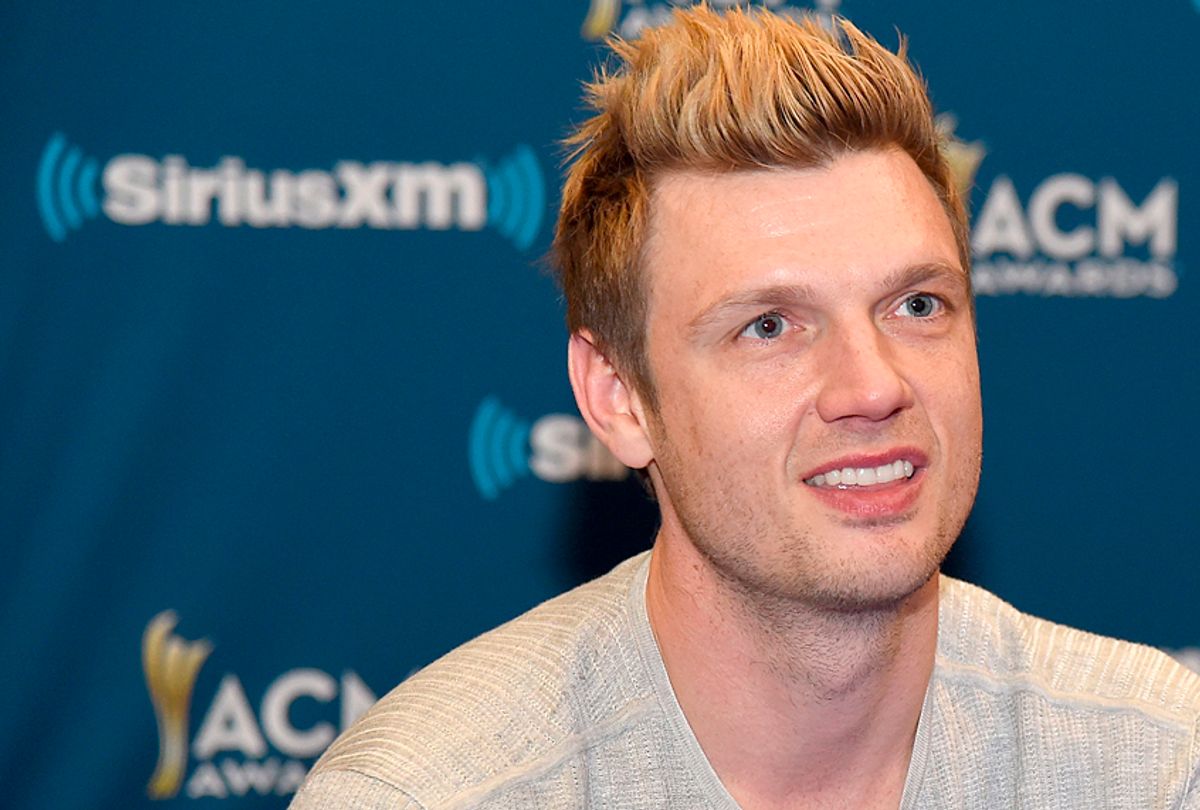 Singer Melissa Schuman, of the girl group Dream, accused Backstreet Boy Nick Carter of raping her 15 years ago. In a blog post last month she said that, even though she wanted to press charges, she was pressured to keep quiet because of his fame and stature.

Schuman claims that the two were cast in a movie together, when Carter invited her over to his California apartment to hang out. She said she brought her roommate and a friend of Carter's was there, too. But after a while, he asked her to join him in his office to listen to new music he'd been working on.

"And naturally we started to kiss. He was aware that I was a virgin and that I held to religious conservative christian values," Schuman wrote. "I was vocal about this."

She says things then took a turn. Schuman claims that, despite saying no to his sexual advances, he undressed her and molested her. Schuman said Carter responded to her rejections by saying, "don't worry, I won't tell anybody."

Schuman said he asked her to perform oral sex on him. "I felt scared and trapped. He was visually and clearly growing very angry and impatient with me," she said. "I couldn’t leave. It was evident to me, that i couldn’t leave."

"He threw me on the bed and climbed on top of me. Again, I told him that I was a virgin and I didn’t want to have sex," Schuman continued. "He was relentless, refusing to take my no’s for an answer. He was heavy, too heavy to get out from under him."

Schuman said after the alleged rape took place, she avoided Carter and ignored his calls. But she found herself in similar entertainment circles, trying to launch a solo career for herself, and she recorded a duet with Carter (though she says their parts were recorded separately and they never interacted.)

During one of Schuman's showcases, Carter joined her to perform their duet, and she claims shortly after that any interest labels had in signing her dissipated. She has since left the music industry.

"I was broken. I was tired. I was traumatized," she said. "I told my therapist. I told my family. I told my friends. I have a plethora of people who can attest that I eventually became open vocal about my experience, i’ve just never had the platform to come out publicly."

According to Schuman, when Radar Online broke the news that a fan was allegedly sexually assaulted by Carter, she said she knew she had to come forward. As the outpour of sexual assault allegations has shown, there is power in numbers.

"There is nothing worse than being victimized and having others call you a liar. Or claim you are looking for 15 mins of fame," Schuman said. "Let me ask this simple question. Who the hell wants to be famous for being raped?"

I just want to thank everyone for the outpouring of love and support. Thank you for bearing witness to my story. Thank you for providing me a safe place to be open and vulnerable. I love you all. Thank you for aiding me in the healing that I so desperately needed. I am free now.

Carter responded to Schuman's claims in a statement. "I am shocked and saddened by Ms. Schuman's accusations," he wrote. "Melissa never expressed to me while we were together or at any time since that anything we did was not consensual . . . We went on to record a song and perform together, and I was always respectful and supportive of Melissa both personally and professionally."

He added that "this is the first that I am hearing about these accusations, nearly two decades later." Carter continued. "It is contrary to my nature and everything I hold dear to intentionally cause someone discomfort or harm."

Outside of his work with the hit '90s teen-pop group, The Backstreet Boys, and their various reunions, Carter has endeavored to forge a strong solo career of his own. While he's met with some successes, his path has been marred by a series of incidents.

In 2004, unconfirmed rumors swirled that he had physically abused then-girlfriend Paris Hilton. Earlier this year, he was arrested for battery after a bar fight in Key West, Florida. He has been open in the past about his history of substance abuse.