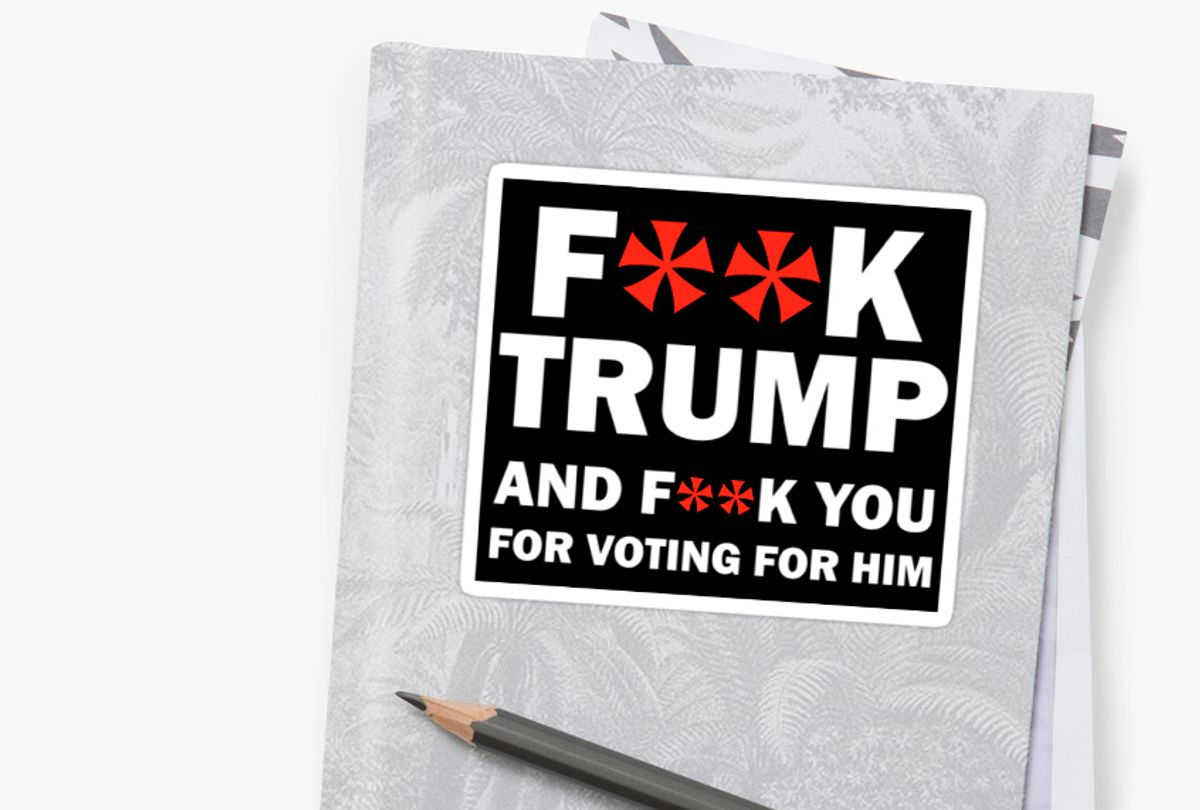 Karen Fonseca, now known in our hearts as the "Sticker Lady," is having a good week, despite still facing a looming fraud charge.

As you'll hopefully recall, Fonseca found herself in a whirlwind of controversy and legal trouble after Fort Bend County, Texas Sheriff Troy E. Nehls posted an image of the decal on the back of Fonseca's truck that read  "F**K TRUMP AND F**K YOU FOR VOTING FOR HIM." Note that there are no asterisks in the actual sticker.

Last week, the sheriff wrote on a now-deleted post on his personal Facebook page, "If you know who owns this truck or it is yours, I would like to discuss it with you," adding that "our prosecutor" was looking to press disorderly conduct charges against the then-unknown driver.

As undeniably crude and NSFW as the sticker was, the sheriff's post spurred a healthy and sometimes profane discussion of First Amendment rights. Amid that, Fonseca was identified and arrested on a preexisting outstanding warrant. She claimed that she's long been targeted by authorities for her sticker, even though she will not be facing charges for the sticker itself.

Currently out on bail, Fonseca is now threatening to sue the sheriff and the department and claiming that the whole mess is simply a "stunt" tied to Nehls' future political ambitions. She's also added a new, equally NSFW sticker to the back of her truck calling out the sheriff.

Now, Fonseca is apparently engaging in some wonderfully timely capitalism by selling copies of the offending sticker in a variety of sizes and ranging from $2.75 to $15 in price — a veritable steal.

According to reports, the stickers are selling well, which is little surprise given the viral nature of Fonseca's story and the current public animus toward President Donald J. Trump. "Why would you put it on your vehicle if you didn't agree with me?" said Fonseca. Indeed.

Whether the funds from the sale of the stickers will go to Fonseca's intended lawsuit, her legal defense or a worthy anti-Trump cause is not known at this time. If you're desperate to have one for yourself, visit here. Add them to your motor vehicle at your own peril.