Here's how to avoid identity theft while shopping online 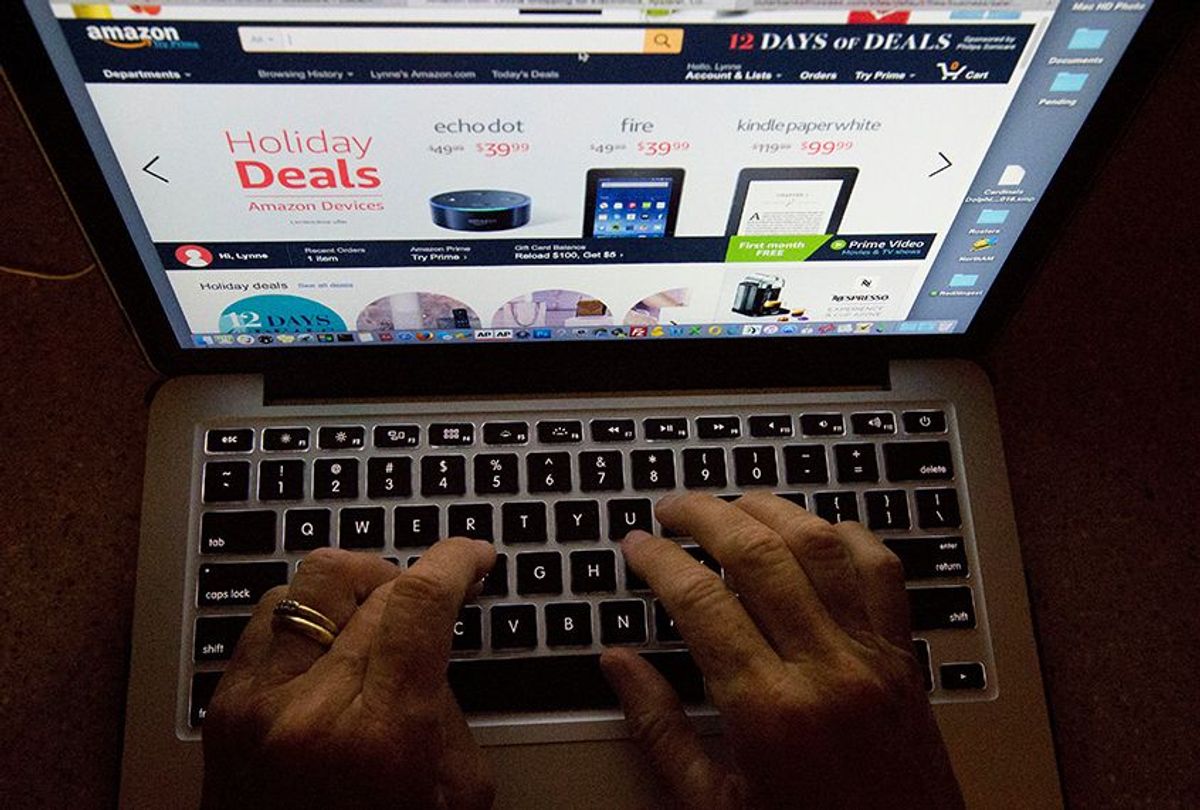 There always seems to be an online sale these days, and even holiday shopping doesn’t have an official starting point anymore as major retailers kick off “Black Friday” and “Cyber Monday” deals earlier each year. No matter which day you plan on starting, ’tis the season to spend, but an important thing to keep in mind while clicking away is the safety and security of your private information.

According to Michael Bruemmer, vice president of consumer protection for credit reporting agency Experian, about 15.6 million people experienced identity theft in some form in 2016. In an interview with “Salon Now," Bruemmer said the problem has gotten much worse in recent years because more people are looking for convenience and are therefore shopping online. Additionally, because people are using multiple, interconnected devices, there is more opportunity for private information to be accessed.

Something that hasn’t changed over the years, according to Bruemmer, is that people make careless mistakes. There are no guarantees of safety when you’re shopping online, but Bruemmer says these are critical steps you can take to avoid being a victim of fraud. For his top three tips, watch the video above. For a more detailed breakdown, keep reading.

This allows you to see if there are any new accounts opened in your name, or any new inquiries that you didn’t initiate that someone else may be conducting in an attempt to steal your identity.

This is annoying, but important. If you use the same password for every website you shop on, a hacker can access a treasure trove of your accounts and information. Switch it up, and don’t write them down. Your brain may thank you one day for all the exercise.

Whether it’s credit card transactions or bank statements, make sure the receipts add up and check for small charges -- that’s often a way hackers test the waters to see if the card works. Setting up notifications can make staying on top of your accounts easy.

We all hate those pesky update reminders that pop up on our computers, but making sure your devices are equipped with the latest software can go a long way.

Public networks are convenient, but they’re not secure. Someone sitting next to you in a coffee shop might be cute, but they could also be hacking into the network and creeping on your financial transactions.

This is not great news for small businesses, and large retailers are certainly not immune to hacks, but Bruemmer says that shopping with a trusted source is important. Look for an “s” after the “http” in the URL, which signifies the connection is secure. If you do take a chance with an unknown website, read the reviews and see if other customers have had a bad experience.

Despite the millions of people who have been affected, figures show that many consumers don’t take the threats to their online security seriously. A 2016 survey from Experian found that 23 percent of respondents said they would risk becoming a victim of identity theft for a good Cyber Monday deal. Come on, people!

Identity theft is no joke, and can range from having your credit card information stolen to people opening accounts in your name, tax ID theft, and even medical IDs being stolen. According to Bruemmer, it takes people an average of 42 hours of their own time to unwind the mess created by identity theft. He also says that the idea that the perpetrator is some 14-year-old sitting in his basement is the exception and not the rule. Nation-states, organized crime syndicates, or other malicious actors have entire teams of people set up trying to make a business off of your information and your money.

Passing along consumer safety tips to your friends and family might be the best gift you could give them. Since that probably won’t be appreciated, go forth and shop smart.